A memorial in downtown Philadelphia preserves epic tales of war and freedom in just 0.02 acres of space.

The smallest site in the National Park System, the Thaddeus Kościuszko National Memorial in downtown Philadelphia, honors a Polish freedom fighter who helped American colonists during the Revolutionary War and preserves the sweeping history of his life in only about 80 square meters of space. 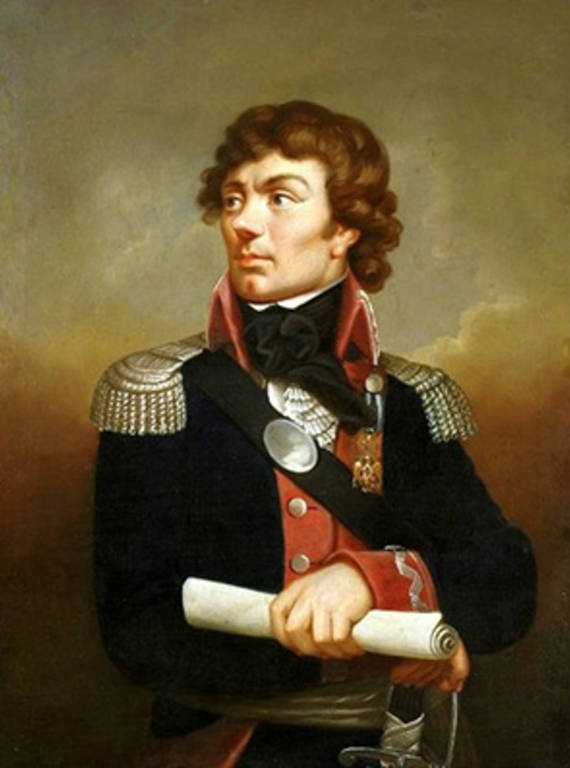 A portrait of Tadeusz Kosciuszko from the early 1800s by Karl Gottlieb Schweikart (1772–1855) in the National Museum in Warsaw, Poland.

Who was Thaddeus (aka Tadeusz) Kościuszko? This meticulous engineer and human rights advocate arrived in Philadelphia in 1776 after studying military and liberal arts and serving as an army officer and a tutor in his native Poland. He considered himself a revolutionary and specifically sailed to America to help the colonists’ fight for freedom. The story goes that he read the Declaration of Independence soon after arriving in Philadelphia and was so moved that he wept. He reached out to its author, Thomas Jefferson, and the two men became close friends.

Kościuszko went on to serve as a colonel for the Continental Army in the Revolutionary War; Congress later promoted him to brigadier general. He designed and fortified an array of military sites critical to the fight for American independence, including nearly impenetrable defenses at Saratoga, New York, and significant improvements to the stronghold at West Point, New York.

In one instance, a commander ignored Kościuszko’s recommendations to improve a fortress in Ticonderoga, New York, believing the defense was impregnable. British forces easily captured the fortress in exactly the way Kościuszko had predicted, and American troops were forced to retreat. Kościuszko went on to strengthen military defenses throughout the South and saw significant combat, helping the colonists ultimately win independence.

After the war, Kościuszko returned to Poland and served in its army during the Polish-Russian War of 1792; he led what is now known as the Kościuszko Uprising in 1794 in a failed attempt to liberate Poland and Lithuania from Russian occupation. Poland lost its independence for more than a century after the uprising, and Kościuszko was seriously wounded in battle and imprisoned in St. Petersburg. He was eventually given amnesty in 1796, with his promise that he would never return to Poland. He lived the rest of his life in exile in a number of European countries, returning briefly to America in 1797.

The .02-acre national memorial site in Philadelphia honoring Tadeusz Kościuszko is the home where he stayed on this second visit to America, years after helping to liberate his adopted countrymen from the British and subsequently failing to prevent an imperial takeover in his homeland.

Throughout his life, Kościuszko advocated not just for the independence of sovereign states, but also the freedom of individuals, opposing the institution of slavery and instructing in his will that his estate should be used to liberate and educate enslaved Americans—though these instructions were never followed, due to the lack of an executor for his will. His bequest was eventually used to found an educational institution for African-American students in Newark, New Jersey.

“He is as pure a son of liberty as I have ever known,” Kościuszko’s famous friend Thomas Jefferson once said of him. Delve further into the grand history kept alive in this teeny home with a visit to the memorial.