Connecting History and People along the Delaware & Lehigh

The Delaware & Lehigh National Heritage Corridor (D&L) in eastern Pennsylvania unites five counties and commemorates the rivers, canals, and railroads—as well as the people and communities—that brought anthracite coal from the mines to market in the early 19th century, fueling an early center of the American Industrial Revolution.

One of the most successful heritage areas in the nation, the D&L uses collaborative partnerships to connect people with nature and highlight the industrial heritage of the region, which covers more than 160 miles of canals and railroads between Wilkes-Barre and Bristol. 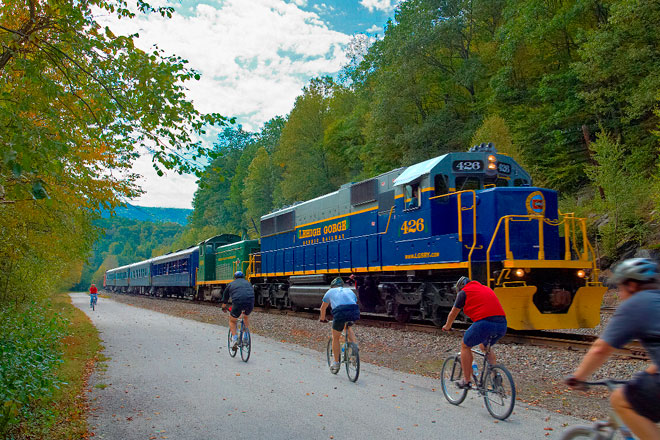 Bicyclists ride the D&L Trail alongside an excursion train in the Lehigh Gorge. Photo courtesy of the Delaware & Lehigh National Heritage Corridor.

Historically, the region was first inhabited by Lenni Lenape Indians. In 1791, the discovery of hard anthracite coal in the northern counties helped to feed a new market in Philadelphia and New York where efficient fuel was in demand. To bring the coal from the mountains of Carbon County and the Wyoming Valley, local industries constructed two canal systems and, later, the Lehigh Valley Railroad. These engineering marvels opened the region to development, brought great wealth, spurred nation-building industrial innovations, and led to the founding of hundreds of communities that give the region its distinctive character.

At the heart of the heritage area is the D&L Trail. It is the same path once walked by Native Americans and follows the path where mules towing canal boats once transported anthracite coal from area mines. Eighty-six miles of the 165-mile D&L Trail run through Lehigh Gorge and Delaware Canal State Parks, and many sections pass through state forests, game lands, and local parks.

Nineteenth-century industries have been replaced by a living landscape of scenic waterways, historic canals, towns, mountains, green valleys, woodlands, natural areas, recreation, and active cultural landmarks. The D&L Trail is the spine of the heritage corridor as it passes through Luzerne, Carbon, Lehigh, Northampton, and Bucks counties. 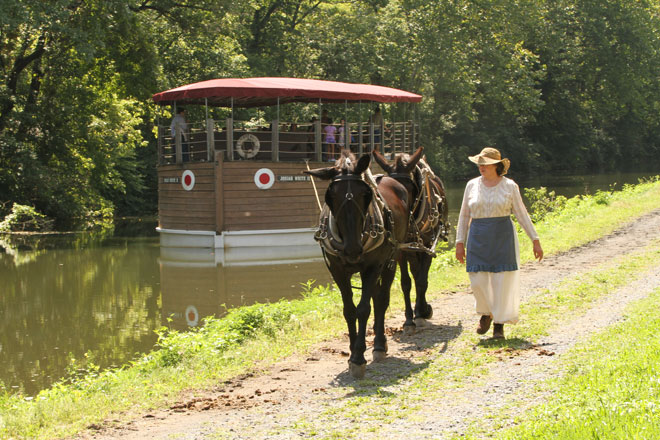 Today, the cultural, historical, recreational, and natural assets found along the D&L Trail continue to appeal to residents and tourists alike. It is the platform from which the heritage corridor creates over 3,300 jobs and $240 million in annual revenues. It is home to 1.6 million residents and entertains untold visitors.

Travelers to the Delaware & Lehigh will want to stop in our landmark communities.

The heritage corridor is dedicated to revitalizing, preserving, and celebrating the nationally significant aspects of our communities, including the role our people and communities played in building America. Ours is a story that’s alive on main streets and along the D&L Trail, reaching from the anthracite mines of Carbon and Luzerne counties to the port of Bristol. Learn more about the D&L at www.delawareandlehigh.org.