Bringing Down the Dams

People talk about overcoming obstacles, but when advocates literally move tons of concrete to help their local river and its wildlife, it gives a whole new meaning to the phrase.

#{image.caption}
Organizations are joining together to remove the Harvell Dam to restore aquatic life in the Chesapeake Bay Watershed. Photo by Alan Weaver/VDGIF, Maryland DNR

This summer, the landscapes of two mighty rivers in the Chesapeake watershed will experience an awakening. Several organizations are working together to remove two dams—the Harvell Dam along the Appomattox River near Petersburg, Virginia, and the Bloede Dam along the Patapsco River near Baltimore, Maryland—to restore the rivers’ ecological and economic vitality. 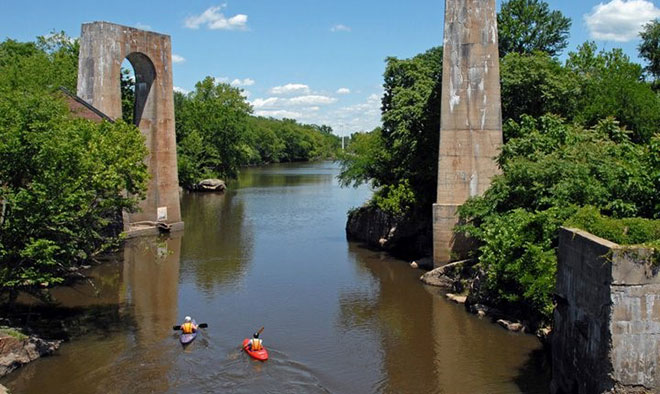 Paddlers on the Appomattox River pass through a previously dammed stretch of river. Photo © John Rooney.

For decades, these “deadbeat dams” have been obsolete and dangerous obstructions for migratory fish as well as paddlers and anglers. Since 2004, 16 dams have been removed in the Chesapeake watershed—a small part of the more than 84,000 outdated dams across the country. These unnecessary dams impose a high cost on river ecosystems, and their communities’ economy. By removing the Harvell Dam, more than 127 miles of the Appomattox River will reopen for migratory fish such as American shad, American eel, and river herring. A number of national parks along the river will benefit from the free-flowing waters and thriving wildlife, including Appomattox Court House National Historical Park, Petersburg National Battlefield, and the Captain John Smith Chesapeake National Historic Trail. New opportunities for boating and fishing could also create a $68 million boost to the regional economy.

“This project is a win-win for both fisheries and paddlers,” says Wayne Walton, Chairman of the Friends of the Lower Appomattox River and an advocate with NPCA's Freedom to Float campaign. “A new stretch of the river is open for fisheries, and we’ll gain ten more miles of paddling.” 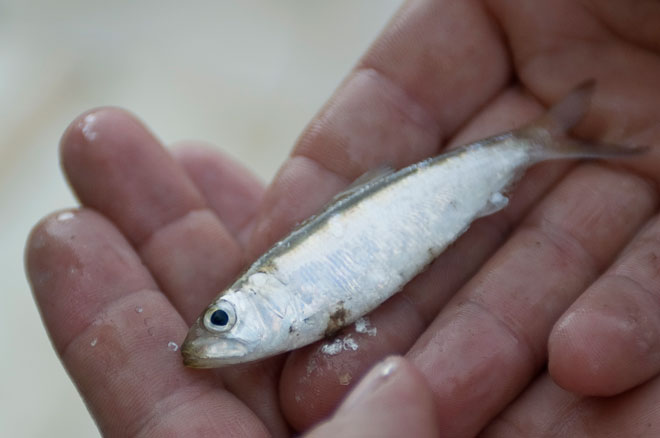 The Patapsco River will witness a similar renaissance with the removal of the Bloede Dam—reopening more than 44 miles of spawning habitat for herring and 180 miles of habitat for American eel. This dam removal also benefits the larger Chesapeake Bay ecosystem by supporting populations of American shad and striped bass—vital recreational and commercial fish species along the Star-Spangled Banner National Historic Trail.

American Rivers has been partnering with local organizations, such as the James River Association and Friends of Patapsco Valley State Park, to coordinate dam removal efforts on the ground. “By striving to work collaboratively, we can reverse habitat loss and provide access to spawning and rearing grounds for these valuable migratory fish,” said Serena McClain, American Rivers’ Director of River Restoration. American Rivers even shared a video by NOAA earlier this week that already shows eels migrating up the river near where the dam recently stood.

These advocates still have work to do to restore the Chesapeake Bay watershed and its national parks, but strong community-based partnerships are making significant progress by getting the concrete out of their waterways, one river at a time.