A Unique City with an Explosive Past

This story is part of our series on national heritage areas, the large lived-in landscapes managed through innovative partnerships to tell America’s cultural history. 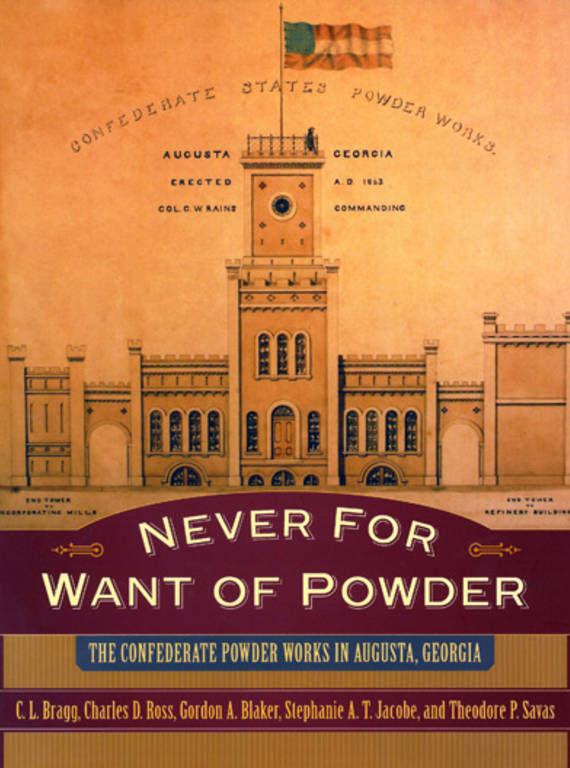 What’s the first image that comes to mind when you think of Augusta, Georgia? Perhaps you picture Bubba Watson blasting out of a bunker at the famed Augusta National Golf Club. Or Tiger Woods firing a golf ball down the fairway like it was shot from a cannon. Today, Augusta might be best known for the powerful shots of the world’s best golfers, but 150 years ago, this city was known for explosive power of an entirely different sort.

During the American Civil War, Augusta manufactured nearly all of the gunpowder for the South. Built by the Confederate government in just a few months, the Confederate States Powder Works quickly became an international sensation, attracting visitors from around the world. More than 3 million pounds of gunpowder were manufactured in a huge plant along the banks of the Augusta Canal.

Augusta was chosen as the site for the Powder Works in no small part due to the presence of the city’s canal. Built in 1845 as a source of power, water, and transportation, the Augusta Canal was one of the few successful industrial canals in the American South. Augusta’s promoters hailed the town as “the Lowell of the South,” in honor of the Massachusetts textile town considered the home of the American Industrial Revolution.

By the time of the American Civil War, Augusta had earned its credentials as a Southern manufacturing center. In addition to the Confederate States gunpowder mill, other war industries established themselves on or near the canal; Augusta became a critical supplier of war materiel.

The city enlarged the Augusta Canal after the war in 1875, causing an explosion of a different sort—a boom in textile mill construction. Bricks salvaged from the abandoned Powder Works were used to build massive cotton mills. Textile operations such as the Sibley, the Enterprise, the King, the Dartmouth, and the Globe were soon joined by iron foundries, lumber mills, and other enterprises. Augusta’s population exploded, too, as farm families migrated to the city for jobs as factory operatives. 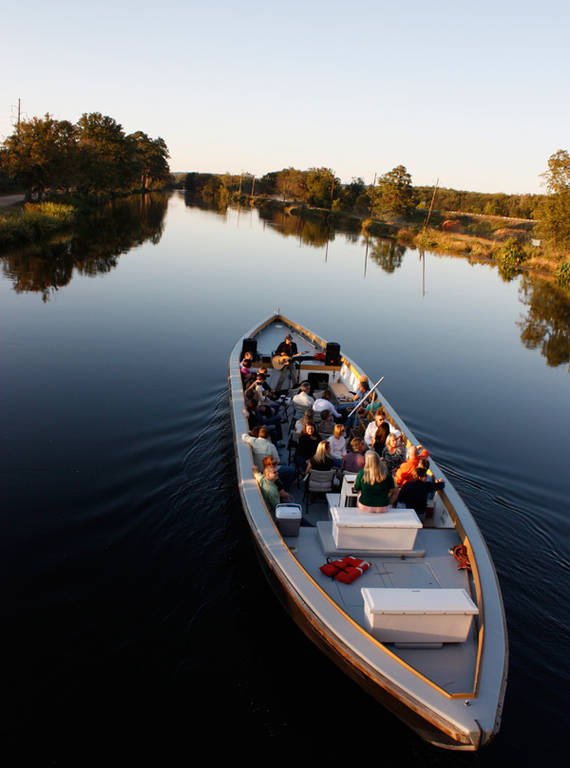 A canal tour boat with musicians.

By the mid-20th century, however, the canal entered a period of neglect. Textile factories began to close, and the center of Augusta’s industrial activity shifted south of the city. No longer the driving force for development it had been one hundred years before, some city leaders thought it should be drained and paved over as a highway.

Thankfully, by the 1970s, the canal’s historic importance to Augusta inspired interest in preserving and reviving it for recreational use. The canal and its mills were listed on the National Register of Historic Places in 1971 and later declared a National Historic Landmark. In 1989, the Georgia State Legislature created the Augusta Canal Authority, the body that has jurisdiction over the canal today. In 1993, the authority issued a comprehensive master plan, outlining the canal’s development potential. In 1996, Congress designated the Augusta Canal a national heritage area.

In the 21st century, the Augusta Canal is once again a source of pride and potential for its community. Two of its mills, revitalized after years of neglect, now house offices, apartments, and the headquarters of the Augusta Canal Authority and its award-winning Canal Discovery Center. A growing network of trails link the canal’s old towpath to new scenic pathways. Modern-day electric canal boats ply the water, offering guided tours of the special blend of the natural and built environment that is the Augusta Canal National Heritage Area.

Explore this unique piece of American history with the resources at www.augustacanal.com, or contact the Augusta Canal National Heritage Area at info@augustacanal.com or 706-823-0440 for more information.