EDITOR’S NOTE: Five of these bills received congressional approval on Dec. 23, 2022, at the end of the 117th Congress. Read below for updates.

NPCA is pushing to get national park bills through Congress this year. Here’s a list of some of the bills that have received bipartisan support — and we hope can get across the finish line.

Sage Ranch, in the proposed "Rim of the Valley" expansion of the Santa Monica Mountains National Recreation Area

We applaud these accomplishments, and we urge Congress to jump on other opportunities to ensure our landscapes and cultural resources are protected for future generations.

Below are eight national park bills that have received bipartisan support in congressional committees but have yet to be signed into law. We’re pushing to get these across the finish line, too, before the end of the year.

The Great Dismal Swamp is a marshy region on the coastal plain of southeastern Virginia and northeastern North Carolina.

Alabama’s Black Belt has witnessed some of the most important events in this nation’s history, from the Red Stick Wars and the American Civil War to the battle for voting rights in Lowndes County. A heritage area designation would support state and local partners in protecting and interpreting the historic, cultural and natural resources in one of the nation’s most biologically diverse and culturally rich regions.

The Great Dismal Swamp National Heritage Area in Virginia and North Carolina would give opportunities to tell the stories of distinctive cultures that have often been overlooked or deliberately ignored, such as Native American Tribes who lived in the area and the Africans and African Americans who sought refuge there while on the Underground Railroad in their resistance to enslavement.

Rim of the Valley Corridor Preservation Act - NOT PASSED

California’s Rim of the Valley is an area rich in both natural and cultural resources and is in close proximity to the Los Angeles Metropolitan area. With more than 17 million people, this metro area is the second most populous region of the country; yet, it has less open space per capita than all other large cities on the West Coast.

YLC Rim of the Valley 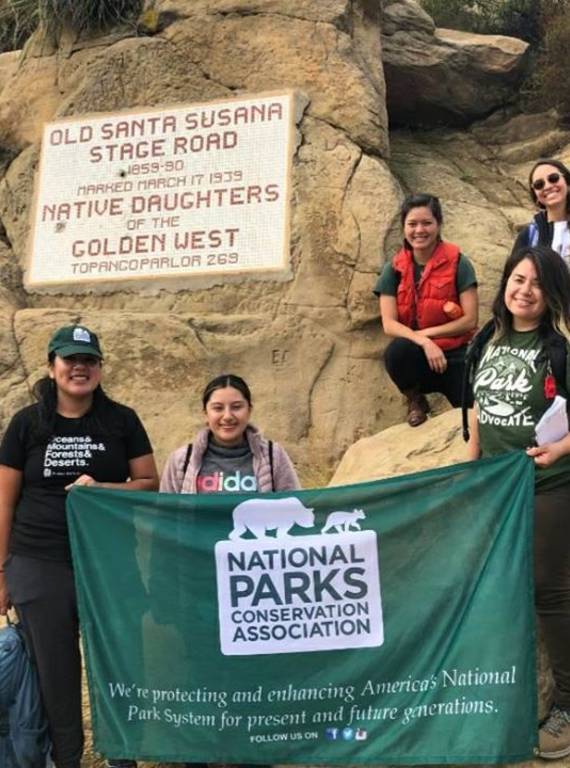 This legislation would expand the Santa Monica Mountains National Recreation Area and better protect and manage some of the region’s last wild lands and open spaces — including habitat for threatened species ranging from mountain lions to the red-legged frogs — and historic sites that would allow the National Park Service to tell Los Angeles’s rich and nationally significant history.

The expanded presence of the National Park Service would also facilitate new partnerships with schools, local governments and community-based organizations, expand agency-led interpretive programs, connect more youth and families to the outdoors, and build a new generation of park enthusiasts.

The historic administration building at Pullman National Monument is now a visitor center for the park.

This legislation would redesignate Pullman National Monument in Illinois as Pullman National Historical Park and provide the National Park Service with the ability to enter cooperative agreements, provide technical assistance and acquire land from willing sellers. The provisions in this bill are critical for the National Park Service to work with its many partners and improve this historic treasure on Chicago’s south side.

This bill would greatly improve access to Katahdin Woods and Waters National Monument in Maine. Designated in 2016, the monument covers nearly 90,000 acres in the shadow of Mount Katahdin, the state’s highest peak and the northern terminus of the Appalachian Trail. The legislation would enable greater access to the monument by allowing the National Park Service to acquire adjacent land on its southern border, better connecting the monument to more gateway communities.

Visitors to Chiricahua National Monument in Arizona experience a “wonderland of rocks” whether they stop at viewpoints to overlook the vast fields of rhyolite rock pinnacles or walk on trails that wind through these amazing formations. The monument protects beautiful forests and wildlife, and the well-preserved Faraway Ranch helps visitors understand how settlers once lived in this isolated mountain area. Cochise County and many nearby towns and chambers of commerce support elevating its status to Chiricahua National Park, a change that could increase tourism and create jobs.

Wall of Remembrance at the African Burial Ground National Monument in Manhattan.

This bill calls for the creation of a United States African American Burial Grounds Preservation Program within the National Park Service, which would provide much needed support to those who have struggled to protect the last resting places of countless ancestors and family members. Too many African American cemeteries are subject to neglect and incompatible development, which results in permanent loss of their resources and integrity.

The National Park Foundation is the official charitable partner of the National Park Service that directly supports the parks with private funding and strategic partnerships. This legislation would continue the foundation’s federal funding through 2030, and even increase it.

Annually, the organization raises over $100 million in private funds to support the agency for such issues as deferred maintenance needs and visitation challenges. Previous funding has supported the reconstruction and modernization of the North Entrance at Yellowstone National Park and helped restore Lake Irene and Lower Tanahutu Trails at Rocky Mountain National Park.

Individuals of Japanese ancestry at the Santa Anita Assembly Center (Santa Anita Racetrack) in April 1942 before removal to the WRA camps.

This bill is a critical step toward strengthening the Japanese American Confinement Sites (JACS) competitive grant program within the National Park Service. Established in 2009, the JACS program has been a lifeline for the preservation and interpretation of the Japanese American WWII incarceration experience, widely recognized as one of the greatest civil liberties violations in U.S. history. Past grant projects have led to documentaries, museum exhibits, restoration of historic structures, digitizing of artifacts, artistic performances and more.

If passed, these eight bills will support the National Park Service and enhance our national parks. They will allow the Park Service to tell America’s story more fully — from all perspectives — while preserving the landscapes where that history took place.