A Turnaround at Grand Portage

By Melissa Hendricks
A Turnaround at Grand Portage

This article appeared in the Spring 2008 issue of National Parks.

In 1729, a member of the Cree Nation named Auchagah gave a French explorer a simple map drawn on birch bark, using bits of charcoal. It depicted a chain of lakes, rivers, and overland portages that would allow anyone in a kayak or a canoe to travel from Lake Superior deep into the uncharted western wilderness. The route began with a rocky 8.5-mile footpath that Native Americans called Kitchi Onigaming (Ojibwe for “the Great Carrying Place”), which the French would later name Grand Portage.

Auchagah’s map revealed a convenient route into a region flush with beaver, muskrat, bear, and fox. A thriving fur trade would soon flourish at the juncture of Superior’s banks and the start of Grand Portage, where the trail from Lake Superior to the Pigeon River winds through volcano-scarred cliffs, dense forests, and a 120-foot-high water fall aptly called High Falls. It’s probably no surprise that the following centuries brought radical change to people native to the region.

Native Americans would be forced to bargain for and yield titles to their lands. They would be shuttled onto reservations. And they would be encouraged to give up their traditional ways. They would hear promises made and witness promises broken. It’s a story not unlike that told at dozens of national park units across the country.

But now at the little-known Grand Portage National Monument, the Grand Portage Band of Lake Superior Chippewa and the Park Service are reversing the direction of that legacy through a unique agreement. Rather than push Indigenous people away, the agreement attempts to bring them back.

Negotiated under a law known as the Indian Self-Governance Act, the agreement makes the Grand Portage Band of Lake Superior Chippewa a partner in operating the park. It accords the band responsibility for all of the park’s maintenance duties, for which the band receives one-quarter of the park’s annual budget.

But the self-governance agreement is only one of many ways in which the band and park have worked together, says Superintendent Tim Cochrane. The two groups have also collaborated on dozens of other projects. “There is a merger of fortunes and perspectives going on at this tiny little park that usually doesn’t go on,” says Cochrane. “It’s been mutually beneficial.”

But getting to this point hasn’t been easy. In 1958 the Grand Portage Band donated land inside its reservation, just seven miles from the Canadian border in the far northeastern tip of the state, to establish the site. This singular park unit commemorates the history of the fur trade and the heritage of the Ojibwe people, whose descendants formed the modern-day Tribe. Today, the monument and the reservation are so geographically entwined that from his offices, Tribe chairman Norman Deschampe can see the 15-foot-high cedar fence that borders the park’s reconstructed fur-trading post.

The Grand Portage Band donated part of its land to the Park Service in 1958. Decades later, Tribal members helped build the Heritage Center

When the Tribe donated the land, its members hoped that the new park unit, complete with a visitor center and museum, would revitalize the reservation’s struggling economy and bring jobs to Grand Portage. But as the years passed, the promised jobs did not materialize, and neither did a visitor center. Instead, the park moved its superintendent into an office in Grand Marais, 37 miles away. Meanwhile, dramatic shifts in federal Native American policy were unfolding — changes that would have a big impact on parks such as Grand Portage.

Like many other federal government agencies, the Park Service has a history of struggling with Native American relations. When Congress established the first park at Yellowstone, officials pushed out the Shoshone, Crow, and other bands that had inhabited the land for thousands of years. Similar events unfolded at Glacier, Yosemite, and other early parks. The “wilderness” was for vacationers, and Native Americans belonged on reservations, the thinking went. (The parks were not opposed to employing Native Americans in exhibits, demonstrations, and promotions to attract visitors. Some elements of Native American culture are still integral to the parks — note the arrowhead shape of the Park Service insignia.)

But soon after Grand Portage was created, the federal government dramatically reversed its stance toward Tribal authority. Until the 1960s, the government had advocated a policy known as “termination,” which aimed to rid Tribes of their authority. The government also instituted programs intended to move Native Americans from reservations to urban areas, where they would be assimilated into the rest of the population. But the 1960s ushered in Lyndon Johnson’s Great Society, which targeted poverty and racial injustice. Assimilation as an official federal policy ended in 1968, and U.S. presidents began endorsing the concepts of Native self-determination and sovereign Tribal governments.

This change prompted legislation called the Tribal Self-Governance Act, giving Tribes the authority to take over federal programs that serve or benefit the Tribes themselves, and providing funding for such efforts. A subsequent amendment expanded the scope to some work within the national parks, although the Park Service retains the power to decide the terms of the agreement. (Legislation pending before Congress could expand the Tribes’ powers, but may limit the Park Service’s ability to carry out its responsibilities under the Organic Act, raising serious concerns among some park supporters.)

Deschampe and other Tribal leaders thought a self-governance agreement might work at Grand Portage. “Here’s a monument located right within the boundaries of a reservation; the two are intertwined,” says Deschampe. “We thought maybe we could play a role here, co-manage the park. We saw it as a positive [opportunity to] provide local employment, which was part of the intent of the original legislation.”

‘You guys promised you were going to do this. Here’s a chance to really follow through with that.’

In theory, such an agreement would be a straightforward undertaking: simply sign a paper that says maintenance staff now work for the Grand Portage Band. In reality, the “simple” task entailed two-and-a-half years of intricate legal negotiations, for example, on how band members who had done park maintenance for decades could shift employment from the Park Service to the band without sacrificing their benefits.

Cochrane faced the task of reassuring anxious Park Service staff members who thought the agreement would sacrifice Park Service values of preservation and sustainability. “I went to some public [Park Service] meetings where I felt like a pariah,” says Cochrane.

Piece by piece the negotiating team worked out each wrinkle, and in 1999 the band took over the park’s maintenance. Since then, the park and band have renewed the annual funding agreement every year.

Grand Portage’s maintenance staff now does everything from repairing boardwalks along the Grand Portage trail to providing janitorial services for staff housing. During construction of the new visitor center, they directed excavation of the site and built the center’s parking lot.

Rather than don the Park Service’s familiar uniform of green and gray, workers wear their own brown and tan uniform featuring a circular patch with the words “Grand Portage National Monument” encircling “Grand Portage Chippewas.” Images of a turtle, arrow, pipe, and woodland caribou fill the center, representing the Tribe’s heritage. 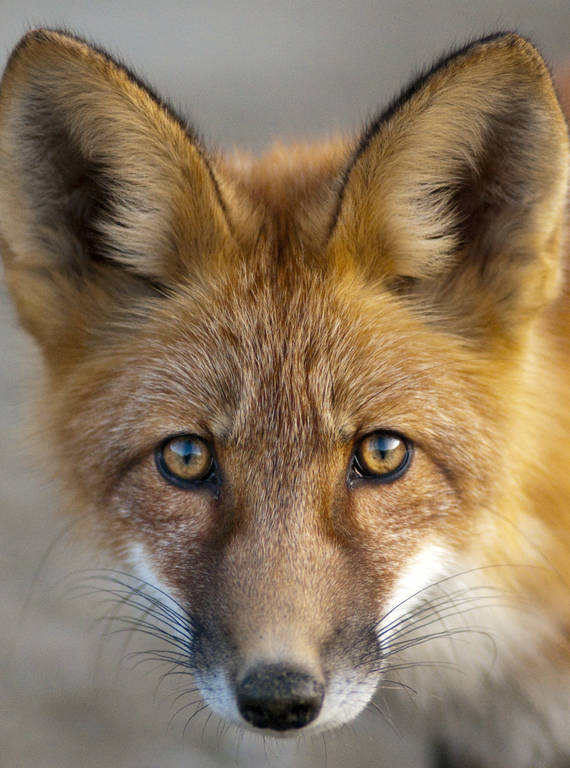 In the mid-1700s, Grand Portage was rich with beaver, muskrat, bear, and fox, and the fur trade flourished on Lake Superior’s banks.

The transition has been a smooth one, says maintenance supervisor Melvin Gagnon, one of many workers whose park tenure of more than 20 years gives the Tribe and broader community a sense of ownership.

The band and park also come together for the park’s annual Rendezvous Days Pow-Wow, which attracts hundreds of re-enactors, drummers and dancers to the park every August.

Like neighbors who feel comfortable knocking on each other’s doors to borrow a cup of sugar, the band and the park have also coordinated an ad hoc exchange of resources and ideas. Several members of the park’s staff also put in time with the band’s ambulance service. For many years, the band provided municipal water service for the park free of charge and also allowed the park to place its radio equipment on a band tower. Perhaps the most visible product of the alliance between the park and Chippewa band is the new Heritage Center, which opened in 2007 — nearly 50 years after the site became a national monument.

After the park’s founding, several groups launched efforts to bring a visitor center to the site. Some won planning monies, but none yielded a building. “It was a pattern of frustration and unfulfillment,” says Cochrane. What changed things, he and Deschampe say, was the self-governance agreement.

With the agreement in hand, band members felt more invested in the park. Deschampe and others got on the phone and began calling legislators, urging them to find a way to fully fund the Heritage Center. “We’d say, ‘The government has an obligation,’” recalls Deschampe. “‘You guys promised you were going to do this. Here’s a chance to really follow through with that.’”

Their efforts worked. Thanks in large part to the work of Rep. James Oberstar (D-MN), a 16,000-square-foot, $4 million Heritage Center now graces a rocky hill overlooking the reconstructed fur-trading post. The building houses park offices, archives, exhibits, and a space for demonstrations of Ojibwe handicrafts. But the design of the building itself is one of its most interesting features, illustrating the joining of cultures that has characterized Grand Portage’s history.

Walking into the center’s lobby, visitors enter a large, round open space that recalls the shape of wigwams and teepees. Defining the building’s four corners are massive pine columns that rise from basement to roof, pointing out the Four Cardinal Directions — north, south, east, and west — a customary feature of traditional Ojibwe structures. The building’s exterior pays homage to another important culture in Grand Portage history: Its roofline echoes the French-Canadian architectural style of the park’s trading depot buildings.

At the opening ceremony and dedication for the Heritage Center last August, officials repeatedly cited the collaboration that has grown at Grand Portage.

Could other parks learn from Grand Portage’s success? The monument isn’t the only park unit with close Native American neighbors. More than 40 parks share a boundary with a reservation, are located within a reservation, or contain land that is reserved for a Tribe’s use or owned by a Tribal corporation. But only three parks currently have self-government agreements with Tribes, says Pat Parker, chief of the Park Service’s American Indian Liaison Office. Grand Portage is the only park whose agreement covers day-to-day operations; the other two sites work with Tribes on specific projects such as watershed restoration.

“There is no cookie-cutter approach to self-governance,” Parker explains. What worked at Grand Portage might not work elsewhere. But one thing surely helped: Both parties were willing to engage in “careful, mutually respectful negotiation.”

The most important aspect of the program may not be its bureaucratic details but a reminder of its underlying philosophy, says Parker. “The self-governance program,” she says, “is less about control and less about money than it is about establishing a greater and deeper reconnection of the Tribe with parkland. It’s a change in perception.”