Artist Amy Berenbeim started creating comics in 2018, inspired by a backpacking trip along California’s Lost Coast Trail. “Comics allow me to zoom in on specific moments in time (usually based on experiences in nature, where I do my best reflecting and processing),” she said in an email. “It’s like the energy of combining music and lyrics.”

Amy’s comics (including the one featured below) especially appeal to me because of the medium she uses, linocut printing. It’s a laborious process: First, she makes a drawing, then she transfers the image to linoleum, and after that, she carves the design into the block using chiseling tools. Finally, she coats the block with ink and presses the design onto paper. Multicolor prints require going through this process repeatedly, using a new block or gradually carving the same block to build up the final image. 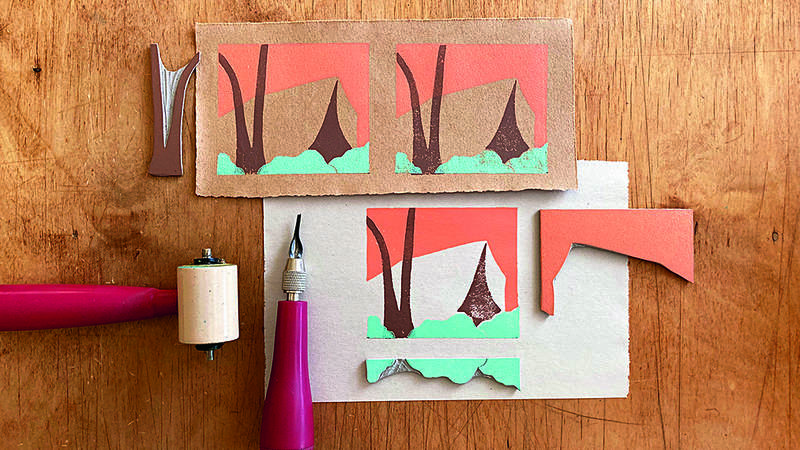 Tools and materials the artist used to create the linocut comic strip for the magazine.

“I really like the constraints,” said Amy, who first learned to print when she was an art student at University of Puget Sound in Tacoma. “It’s not as utterly open-ended as painting, which can feel paralyzing to me.”

When I initially approached Amy about creating a feature-length travel story comic, I didn’t have a specific national park in mind. She quickly came up with Oregon’s John Day Fossil Beds National Monument. “A lot of Pacific Northwesterners haven’t even heard of the park, but then you Google it, and it’s a premier destination for geologic research,” she said. “I’m kind of a geology nerd, and I couldn’t wait to see it up close. It did not disappoint!”

Neither did the quiet hours and days she and her husband spent in the park, and the rare solitude they found there. “Unplugged time in nature is so good for our nervous systems and mental health, particularly in an era where our attention is relentlessly in demand,” she said. “That’s when I feel most creative and most myself.”

We are thrilled to share Amy’s artwork with you in the Fall 2022 issue of National Parks magazine. Scroll down to see how her park reflections moved from her head to her hand to the block to the print to the page. 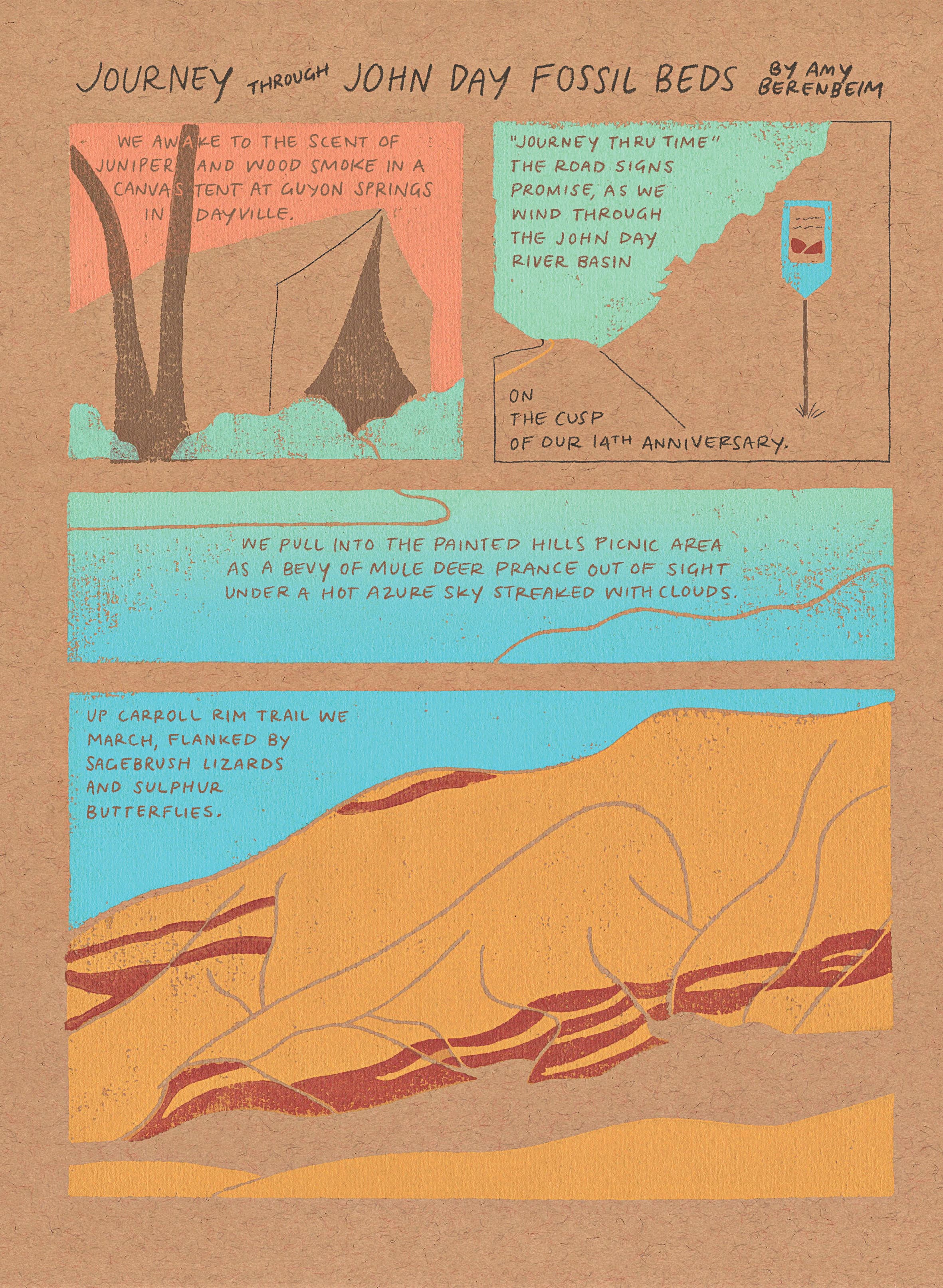 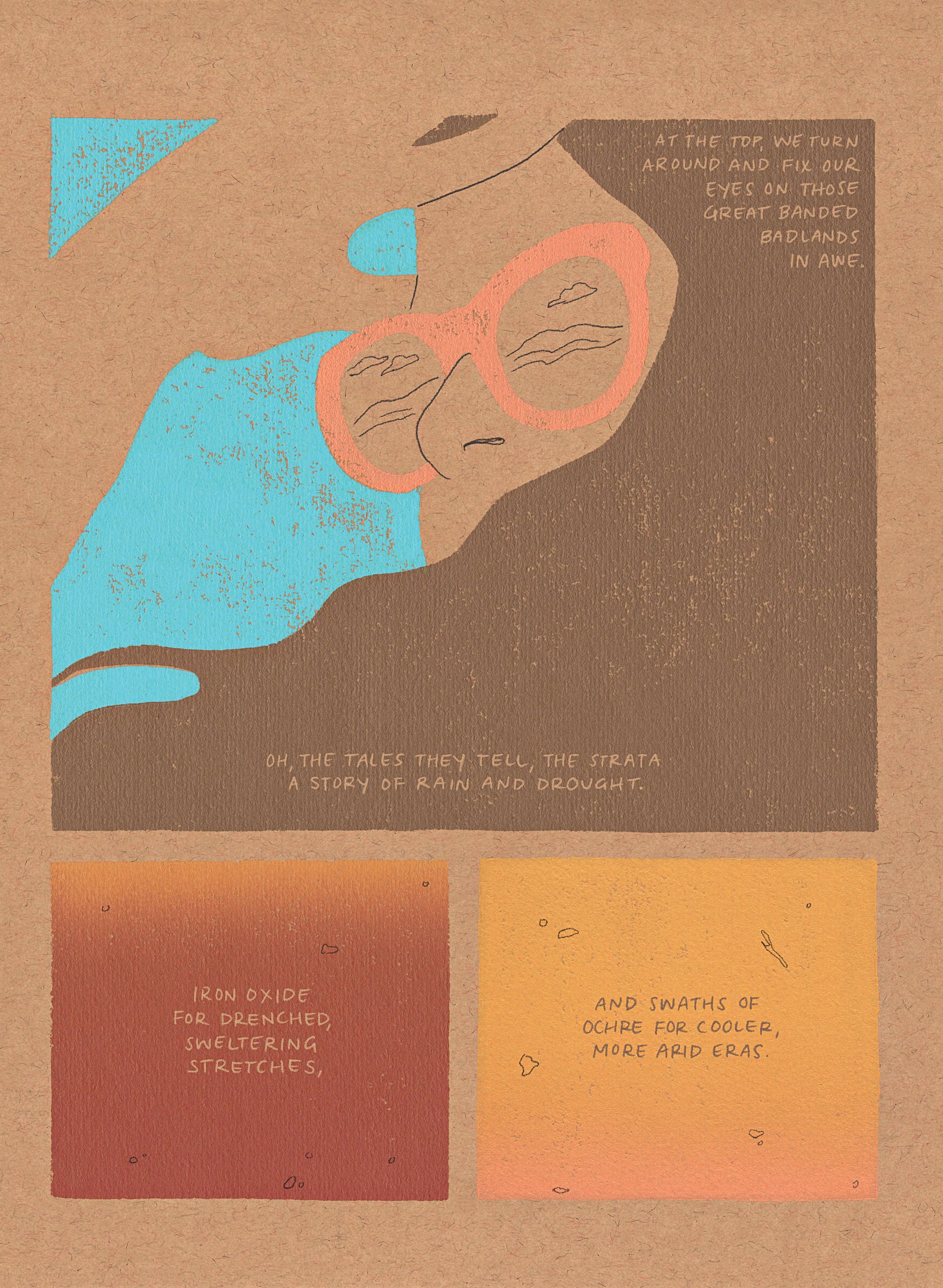