Some of the creepiest sounds in the park system have been digitally re-created from a handful of toys that are more than a century old.

Thomas Edison is known as one of the world’s greatest inventors. His team of workers created and innovated on a range of devices that advanced multiple industries and shaped popular culture, from the phonograph to early versions of the electric light bulb to the first motion picture studio.

Now I Lay Me Down to Sleep (vertical orientation) 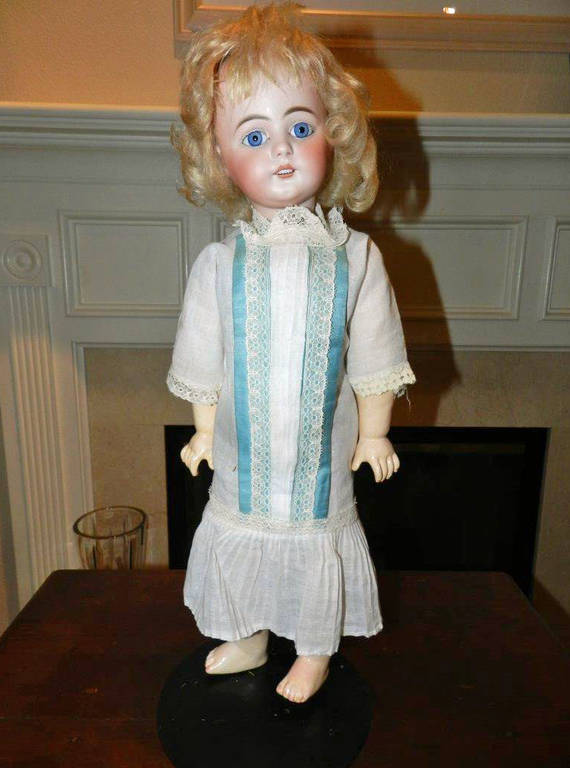 For about a month in 1890, Edison’s team also produced the first talking doll. Generations before Chatty Cathy or Furby or even Chucky were a thing, Edison’s porcelain-faced figures graced the shelves of fancy goods stores, each embedded with a miniature phonograph allowing them to speak nursery rhymes and other short phrases, arguably in some of the creepiest voices ever summoned for playback.

The toys were a colossal flop, but not because of the distorted, eerie renditions of “Little Jack Horner,” “Mary Had a Little Lamb” and “Twinkle, Twinkle Little Star” that they produced. It turned out to be even worse for sales that the dolls were expensive to make and easy to break, leading Edison to stop production soon after it had begun. Only about 500 of the dolls were made, ultimately losing money for Edison and his investors.

“Now I Lay Me Down to Sleep”

Today, however, the dolls are culturally significant collectors’ items, representing the first audio recordings made for commercial purposes and the earliest known recordings of women’s voices in the United States.

Edison reportedly paid female factory workers pennies each to mimic children’s voices as the basis for the dolls’ recordings. And workers at his laboratory in West Orange, New Jersey — now preserved in the National Park System as the Thomas Edison National Historical Park — created the dolls’ miniature phonographs, first using tinfoil and then wax cylinders, to produce each 13- to 22-second recording.

A three-dimensional optical scanner modeling the surface of a recording of “Twinkle, Twinkle Little Star” at the Lawrence Berkeley National Laboratory in California in 2011.

The dolls took three months to produce overall, with much of the work done by toy manufacturers in Germany. The phonographs, which consumers used a crank to play, were fragile and finicky — the needles would become dislodged, the wax would crack and the mechanisms would quickly become unplayable. For the rare dolls that have survived since the 1890s, any attempt to play the embedded recordings would risk permanently breaking the toys. Prior to 2011, only two known audio recordings of the dolls existed.

Ten years ago, however, staff at the historical park began working with the Lawrence Berkeley National Laboratory in California to create digital models of the surfaces of the fragile wax cylinders from a handful of existing dolls. In 2015, park staff used this new technology to re-create and release eight digital recordings of the dolls on its website — all of which are highly recommended listening for anyone wanting to take their nightmares to that next, more horrifying level.

Both the sight and sound of these toys begs the question: Are these the creepiest dolls in the park system? While it’s tempting to say yes — Edison was clearly ahead of his time — a recent Instagram post from the Park Service offers a selection of worthy candidates.

Enjoy, if you dare!