Where the Rainbow Flag Began

This highly visible symbol of pride arose from an idea of hope and power more than 40 years ago at a site that could be worthy of national recognition.

The pride flag was created in 1978 by gay designer and political activist Gilbert Baker.

On our streets, at our parades, even on our clothing, the rainbow flag has become a worldwide symbol of LGBTQ pride. Yet few of us ask: Where did this flag come from?

The first rainbow flag was created by Gilbert Baker, a prominent figure among gay political activists in San Francisco in the 1970s. Baker was close friends with now-famous politician Harvey Milk. Milk was the first openly gay person to win a seat on the San Francisco Board of Supervisors and was tragically assassinated during his first term.

The first flag was hand-stitched and dyed with the help of volunteers and friends, including Lynn Segerblom (Faerie Argyle Rainbow), James McNamara, Glenne McElhinney, Joe Duran and Paul Langlotz, for its debut at the 1978 San Francisco Gay Freedom Day celebration. 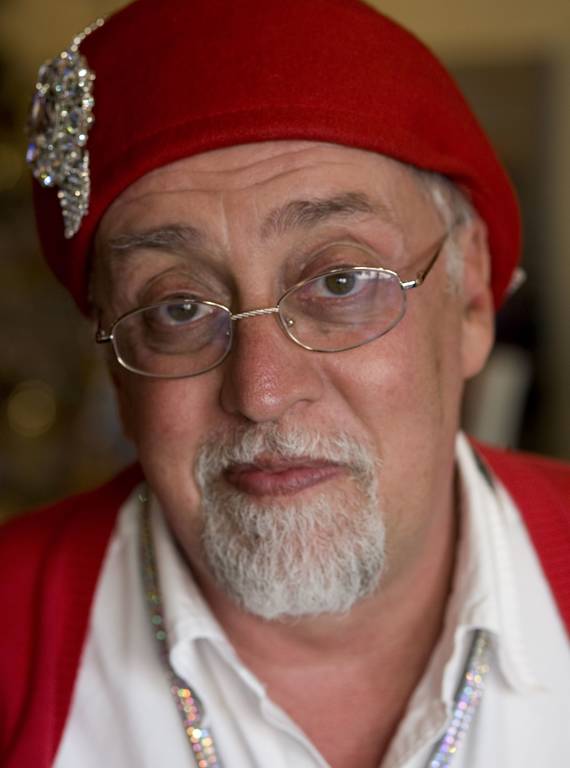 Baker created the flag in 1978, at a time when there were few symbols available to represent LGBTQ communities. Milk asked Baker to create a symbol for LGBTQ people that had a positive meaning behind it. The most popular queer symbol at the time was the pink triangle — previously used to mark gay people during the Holocaust — and was used most frequently by gay cisgender men.

In his campaigns for the San Francisco Board of Supervisors, Milk advocated that to make progress for gay rights, it was also necessary to advocate for Black rights, Mexican rights, Asian American rights and those of other marginalized groups. Milk and Baker wanted a symbol that represented everyone.

Cleve Jones, a personal friend of Milk and Baker who played a prominent role in the gay rights movements of the ’70s and ’80s, said, “There were other symbols — there were the intertwined gender symbols that had their roots in the feminist movement, but we really didn’t have a symbol that united all of us. And this was a conversation that people were having, not just me and my friends, but all around the country, and I think around the world; that we lacked that unifying emblem …”

A small mural of Harvey Milk looks down from the window of his former home on Castro Street directly above the site of his camera shop, a community gathering place for LGBTQ activists in the 1970s.

But the rainbow flag doesn’t just symbolize representation of LGBTQ people — it is also a message of power and rebellion. This message is best described by Baker himself:

“I looked at the flags flying on the various government buildings around the Civic Center. I thought of the original American flag with its 13 stripes and 13 stars, the colonies breaking away from England to form the United States. I thought of the vertical red, white and blue tricolor from the French Revolution, and how both flags owed their beginnings to a riot, a rebellion or a revolution. I thought a gay nation should have a flag too, to proclaim its own idea of power.”

The timing mattered, too. According to Baker, “In 1976, the celebration of the US bicentennial had put the focus on the American flag. It was everywhere, from pop art to fine art, from tacky souvenirs to trashy advertising. On every level, it functioned as a message. … I thought of the emotional connection they hold. I thought how most flags represented a place. They were primarily nationalistic, territorial, iconic propaganda — all things we questioned in the ’70s. Gay people were both tribal and individualistic, a global collective that was expressing itself in art and politics. We needed a flag to fly everywhere.”

Baker envisioned the rainbow to be this symbol of power and hope. He recounted to the Bay Area Reporter in 1987 that he came up with the idea while on LSD at a Patti Smith concert. He was blown away by the diversity of the crowd and began to see it as a “rainbow of humanity,” and from that, the rainbow flag was born.

After the assassination of Milk later that year, the demand for the rainbow flag drastically increased; people were in desperate need of a symbol of hope. Milk’s killer and former fellow supervisor, Dan White, received an incredibly light sentence for his crime after arguing to the jury he was not in his right mind due to a diet of Coca-Cola and Twinkies, and the public cried out in retaliation and grief. People showed up in Washington, D.C., by the hundreds of thousands, resulting in the first large-scale public protest on the National Mall in the name of LGBTQ rights. So many rainbow flags were made after this event that the design of the flag had to be altered from its original eight colors to six for easier production.

Baker’s vision for a widely recognized symbol of hope and power for LGBTQ people persists today. Daniel Quasar’s Progress Pride Flag, built off of Baker’s design, specifically highlights queer communities of color, transgender communities and the contributions of people with HIV/AIDS with the addition of pink and blue stripes in Monica Helms’ Trans flag and the black and brown stripes that are part of Amber Hikes More Colors Flag. These pride flags continue to evolve as our values evolve, reflecting our present while honoring the significance of our past.

Just yesterday, the National Park Service reversed a Trump administration decision and announced it would allow the rainbow flag to fly permanently at Stonewall National Monument in New York, the nation’s first and only national park site designated to preserve LGBTQ history. NPCA proudly led the campaign to include the site as part of the National Park System.

The Gilbert Baker Foundation continues to preserve the designer’s legacy through many historic preservation and visibility efforts, including a display of the different pride flags and their meanings in the window of Milk’s former home and camera shop at 575 Castro Street. The foundation is working with the GLBT Historical Society, whose archives house one of the world’s largest collections of LGBTQ historic materials, to display Baker’s original flag at its museum in the Castro. Charles Beal, the president of the foundation, generously provided the background information for this story.

NPCA is committed to ensuring LGBTQ stories are represented in our national parks, and stories like these deserve protection. Harvey Milk’s former home and camera shop, a San Francisco City Landmark, is one of many sites that could be worthy of national recognition. We are proud to partner with the Gilbert Baker Foundation and the GLBT Historical Society to identify new opportunities for LGBTQ representation in our national parks.