At Biscayne, many fish populations are on the verge of collapse, and the National Park Service must do more to help the park and its wildlife thrive again. In honor of World Ocean Day on June 8, NPCA's conservation director shares a long overdue way to protect this special place.

The ocean is a limitless source of joy and inspiration. A place where unforgettable memories are made. A place where achievable climate solutions are within reach. And NPCA is working to ensure coastal national parks are healthy and resilient, even as they face severe threats from inside and outside their borders.

One of these places is Biscayne National Park — a beloved site that is over 95% water and home to one of the largest barrier reef ecosystems in the world. With colorful corals and unique fish species, there is no place quite like it — something those who visit and explore the vast expanse of ocean there recognize immediately.

Yet commercial fishing within the park’s boundaries contributes to overfishing, vessel groundings and damage to the reef and ocean floor from industrial gear. Warming waters from climate change exacerbate coral disease and bleaching. The combination of these factors means that visitors to Biscayne soon may no longer be able to experience the natural wonders it was designed to protect. Many reef fish populations are on the verge of collapse. And today, there is less living coral reef in Biscayne than ever recorded.

We now have an opportunity to turn the tide at Biscayne — pun intended — and other national parks across the country and consider how they can be part of a climate solution.

The Biden administration has embraced the conservation goal known as “30 by 30” that aims to protect and restore 30% of our lands and waters by 2030. Interior Secretary Deb Haaland has long been a champion of this conservation vision, and a report released last month by the Department of the Interior and several other federal agencies, “Conserving and Restoring America the Beautiful,” shows that this commitment is a top priority of the Biden administration.

To achieve the goal of 30 by 30, NPCA will be working with the administration and the National Park Service to consider a variety of opportunities — from creating new protected places to improving protections for areas within existing parks where animals and plants are no longer thriving. Biscayne is a prime example of this latter approach, where the government could be doing a much better job of caring for lands and waters it already manages.

The Park Service has the opportunity — indeed, the responsibility — at Biscayne to create a no-fishing marine reserve so that fish and corals can recover from and become more resilient to the pressures that are driving them to depletion. Carrying out their responsibility to create a reserve in Biscayne is long overdue. And we’re talking about a very small percentage of the park, only 6% of its waters, akin to a postage stamp on an envelope.

Marine reserves are scientifically proven tools that take pressures off our ocean, allowing species a chance to heal, resulting in greater biodiversity. These are areas where fish and corals can thrive, then replenish their populations in other parts of the ocean that are less protected and under more stress. 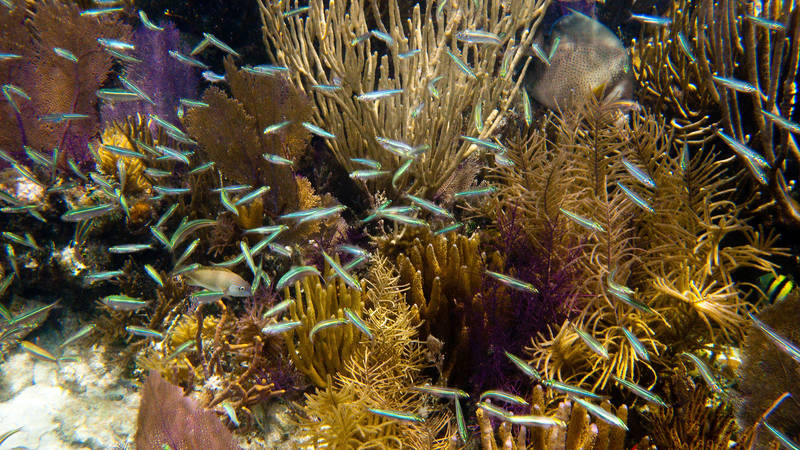 NPCA’s Sun Coast Region approaches our marine work with an eye toward ecosystem conservation, restoration and resilience. We work strategically to identify, assess and proactively address the evolving threats to…

Channel Islands and Dry Tortugas National Parks established marine reserves in 2003 and 2007, respectively, that prohibit the removal of any living, geological or cultural resources — meaning that activities such as fishing and oil drilling are not allowed within a small percentage of each reserve, similar to the reserve NPCA has long advocated for at Biscayne. Recreational activities such as boating, SCUBA diving and surfing continue to be allowed in these reserves. Just five years after these protected zones were established, scientists found that marine fish and wildlife in both parks were larger and more abundant.

Conserving America’s oceans doesn’t just preserve biodiversity and protect species, including endangered animals such as sea turtles and corals, it also provides recreational and economic opportunities, builds resilience against the effects of climate change, such as ocean acidification and coral bleaching, and strengthens the deep connections between our communities and our maritime heritage. Creating a network of protected ocean reserves also allows animals a series of safer steppingstones to move away from warming waters, helping them survive.

Healthy oceans are not only incredibly important to our parks, but to the future of our planet. A billion people, including hundreds of millions of Americans, depend on clean, productive oceans, teeming with abundant sea life for their livelihoods, cultures and well-being. Oceans stabilize our climate by storing carbon and generating the oxygen we breathe. In fact, 50% of the world’s oxygen comes from our oceans!

The Park Service manages more than 10% of the total U.S. shoreline, and with that comes the role and responsibility to consider how near-shore ocean reserves can contribute to the conservation goal of 30 by 30. Creating a marine reserve at Biscayne is a long overdue step the Park Service must take to ensure the overall health of the park.

If we make the right decisions now to safeguard our ocean’s national parks, they will protect and sustain us for generations to come.