National Parks Are a Grand Bargain

Park officials are grappling with how to enact budget cuts from the federal sequester, and people around the country are feeling the effects.

“It was a complete shock,” admits Mattea Sanders.

A graduate student at American University, Mattea spent her last four summers working as an interpretive ranger in Virginia, first at Appomattox Courthouse National Historical Park, then at Fredericksburg and Spotsylvania National Military Park, giving battlefield tours and helping visitors—a job she loves. She had heard about the federal sequester last winter, but it didn’t occur to her that these budget cuts could affect her personally—until the night she received an email from her former supervisor at the Park Service informing her that the park would not be able to fund her position this year. 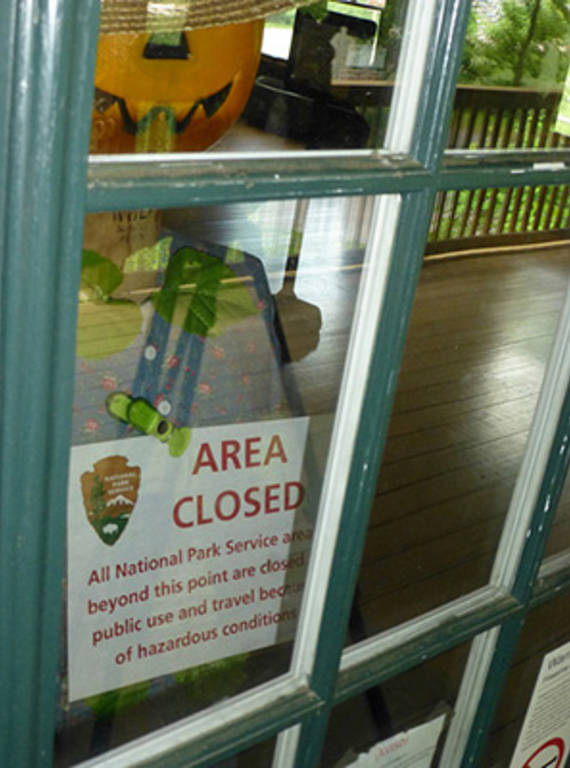 A sign at the Kittatinny Point Visitor Center at Delaware Water Gap National Recreation Area, closed due to sequester cuts.

“I hadn’t made other plans,” she recalls. “It’s been a huge adjustment. … On an emotional level, it was hard. I want to be a national park ranger. I want to work for the National Park Service.”

It hurt on a financial level as well, since Mattea ended up taking an unpaid internship at the National Mall and Memorial Parks in Washington, D.C. “I’m still trying to find that ‘in’ any way I can, but with the sequester, they’ll take volunteer work, but I feel doors are slamming in my face.”

Around the country, officials at national park sites have been grappling with hard questions for months: How do you cope with a budget that keeps getting smaller and smaller? What will happen if money gets even tighter?

Last winter, many people will remember, partisan disagreement over the federal budget led Congress to enact what had previously been considered a last-resort “doomsday scenario” known as the sequester. These indiscriminate across-the-board spending cuts were supposed to be so horrible that they would motivate lawmakers to reach a compromise to avoid them. The media dubbed this compromise, which lawmakers never reached, a “grand bargain.” Instead, Congress made no bargain and allowed the 8 percent cut to go through—hobbling the Park Service and many other agencies dependent on those funds. For the Park Service, this cut came on top of three straight years of prior budget reductions—at a time when it already faced a backlog of park maintenance projects totaling $12 billion.

Since the sequester took effect last March, park officials have had to carefully evaluate the cost of their most basic offerings, like operating visitor centers, staffing educational programs, and even emptying the trash.

A common strategy is to kick the can down the road as much as possible—keeping staff positions vacant, shortening hours, closing roads, and making other short-term compromises. These measures can get park officials through a summer, but if Congress allows the sequester to become the new normal, it could damage parks and their future on a whole new level. How long can the Everglades get by without a deputy superintendent or a water scientist? Or Shenandoah National Park without an air resources program manager? How will staff shortages in law enforcement and resource protection specialists affect safety, protection, and the health of our country’s irreplaceable landscapes and artifacts?

Not to mention the visitor experience. “I contributed an immense amount of interpretation,” says Mattea of her eliminated position at Fredericksburg and Spotsylvania National Military Park. She estimates that she formally interpreted battlefield sites for between 50,000 and 60,000 visitors over the course of the season last summer. Add on top of that the countless people she simply helped with directions or other inquiries, and the loss of even one position has an enormous ripple effect—let alone hundreds of unfilled seasonal and vacant positions.

“We are struggling. We’ve been in business for over 12 years as a bed and breakfast, and we see the effect on the economy as far as people coming and being able to spend money,” she says. “Last year and this year we’ve had fewer people than probably the last four or five years. We should be full every weekend during the summer, and we’re not.”

Though she is grateful the park was able to keep the beaches open, she is frustrated by the downscaled services that harm the experience for the visitors she does have.

“They built this beautiful new visitor center where they would have a ranger giving information,” Rose Ann says. “All the books that you could go in there and buy and souvenirs, et cetera, are now not available to our guests that are visiting. … They’re not meeting the rangers, they’re not getting professional information from the rangers, and that poor building, that beautiful building, is sitting there not being used—which, quite frankly, aggravates me. It is our national investment sitting there not being utilized.”

Next month, the federal government will end its fiscal year, meaning another round of funding debates is right around the corner. Just before leaving for their August recess, the House and the Senate released two very different bills with different visions for how to fund our national parks. The House bill would continue the trend of deep cuts, whereas the Senate bill would make a significant step toward restoring needed funding to parks. Neither bill is likely to become law; the contrast just shows how the ideological divide in Congress could make a budget agreement unlikely this fall.

The big challenge now? When lawmakers return to D.C. in September, they will need to come up with one bill that can pass both houses of Congress. If they don’t, the Park Service and many other agencies could be left to eke by on short-term funding resolutions that continue the unsustainable status quo and prolong the budget battles a couple of months at a time. Worse, if Congress doesn’t do a better job to fix America’s budget mess by the end of the fiscal year on September 30, there could be a very real threat of a government shutdown, which would mean closing national parks across the country. For those counting, that’s just 11 working days to strike a deal.

There are signs of hope. Chairman of the House Appropriations Committee Hal Rogers, a Republican from Kentucky, released a statement that House cuts are too deep to receive the needed votes for passage: “Sequestration—and its unrealistic and ill-conceived discretionary cuts—must be brought to an end.” Representative Rogers is not alone; moderates in both parties have been reluctant to go on record supporting more draconian cuts to federal programs. NPCA and other partners are brainstorming several funding strategies to supplement—but not replace—appropriated dollars for the National Park System as it gears up for its centennial celebration in 2016.

And for good reason. National parks are America’s true “grand bargain.” They cost just one-fifteenth of one percent of the budget, and they drive economic activity in communities around the country. Every dollar invested in the Park Service generates ten dollars in economic activity, and every two Park Service jobs yields one job outside the Park Service. Shortchanging this resource means limiting jobs and opportunities for countless people around the country. 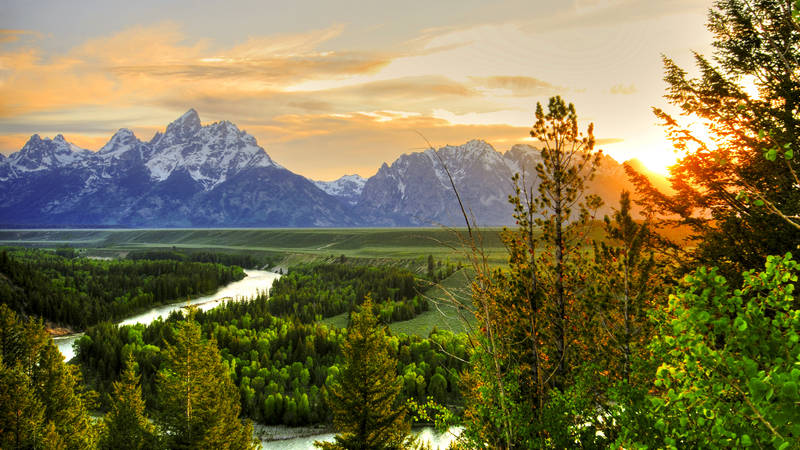 Preserving America’s heritage should be a bipartisan issue.

“The Park Service has been such an essential part of my life,” says Mattea, who holds out hope she can return to wearing the uniform next year. “It has made me who I am.”

You can tell your members of Congress that there is no ideological divide among the American people when it comes to national parks. Nine out of ten voters agree, regardless of political party, that park funding should not be cut further. It’s time for Congress to fix the broken budget process and restore full funding to America’s national parks before more harm comes to our country’s greatest places.