The heritage of the Civil War and Reconstruction Era is deeply ingrained in Tennessee, and in 1996, Congress designated the entire state as a national heritage area to preserve and promote this history and culture.

The Tennessee Civil War National Heritage Area is one of 49 sites designated by Congress to protect and preserve our American story. These 49 national heritage areas receive small amounts of funding and in-kind aid from the Park Service, but are founded on and sustained by partnerships between local agencies, businesses, citizen groups, and governments.

Tennessee’s geography and heritage were irreparably altered by the fighting that took place on its hills, in its fields, and through its towns 150 years ago. During the Civil War, the state of Tennessee saw more armed conflicts than any other state besides Virginia. The heritage of the Civil War and Reconstruction Era is deeply ingrained in Tennessee, and in 1996, Congress designated the entire state as a national heritage area to preserve and promote this history and culture. 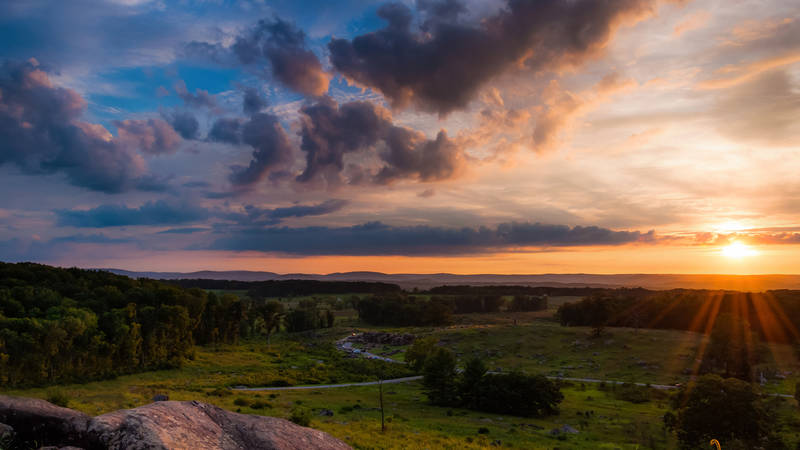 9 Civil War Battlefields You Helped Save

150 years ago this month, General Robert E. Lee surrendered to General Ulysses S. Grant at Appomattox Court House in Virginia, leading to the end of the Civil War. The…

This heritage area strives to tell the whole story of the Civil War. Beyond the battles, both famous and lesser-known, the Tennessee Civil War National Heritage Area includes stories of everyday life in the 1860s, including those of native Tennesseans, enslaved African Americans, and soldiers in both the Confederate and Union armies. These stories are told through a network of trails, sites, and museums throughout the state, connected by their affiliation with the national heritage area.

As the heritage area encompasses the entire state of Tennessee, the wealth of information and resources it includes is truly vast. And since many of these sites are in the midst of commemorating the 150th anniversary of the Civil War, now is an ideal time to get out and explore what they have to offer.

Following the Tennessee Civil War Trails gives travelers a glimpse of sites beyond the major battles at Chattanooga, Fort Donelson, Shiloh, and Stones River. The trails mark 250 sites important to Civil War history across the state, including battlefields and skirmish sites.

Museums feature prominently in the national heritage area. In Nashville, the Tennessee State Museum houses artifacts such as hand-drawn maps of battlefields and weapons from the era. Local collections, like the Murfreesboro and Rutherford County Heritage Center provide more specific history—the diary of a local Tennessean woman, for example.

National heritage areas are places where we can learn about the lives, the world, the successes, and the struggles of the generations that came before us. The Tennessee Civil War National Heritage Area provides insight into a period of great strife that left a lasting impact on our nation. The war’s 150th anniversary presents a unique opportunity to revisit that period and remind ourselves of the importance of that heritage.