When NPCA invited supporters to share their stories and photos on our new website, MyParkStory.org, we could hardly have anticipated the amazing responses we would get from some of the biggest fans of the national parks. As someone who has had the privilege of reading most of these heartfelt contributions, I can’t help but share a handful of my favorites. 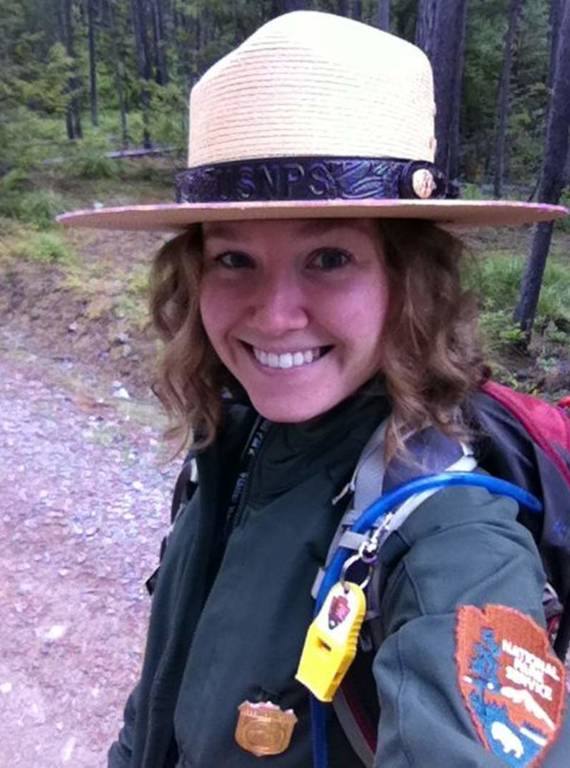 My love affair with the NPS came at a crucial time in my life. I was at my wits’ end, having taken an office job following graduate school that left me feeling empty, tired, and lost. I quit my job and, after a bit of searching, ended up as a seasonal guide for a lodge in Yosemite. I was filled with the wonder of spending my time working in such a magnificent place. I made friends with some of the seasonal park staff and realized that more than anything, I wanted to be a “green and gray"—a full-time park ranger. Through the Student Conservation Association, I got a position as an interpretive intern with Arches National Park in Utah. It was pure magic to spend my days with visitors, helping them form meaningful connections to the harsh yet beautiful desert landscape. When I got offered my first full-time seasonal ranger position in Glacier National Park, I knew I had found a home with the National Park Service. Now in my second season, I love that my job allows me to spend time with folks visiting their parks, whether for the very first time, or re-visiting an old friend year after year. Their joy, wonder, and excitement fills me up every day.


2. A not-so-modest proposal. From Daniel at Arches National Park:

My now-wife and I took an after-dinner walk from the Devil’s Garden Campground up to Skyline Arch on Labor Day 2011. I set the camera to take 10 pictures and got on my knee on #4…we cried and hugged and kissed…it wasn’t until we heard claps and cheers that we realized that we had an audience of 30-40 people at the overlook!

3. A remarkable encounter at Hidden Lake. From David at Glacier National Park:

It was September, 2011, and I was in the midst of what I called my trek. I had promised myself that I would visit Glacier National Park after seeing pictures of it somewhere or other. About one year earlier, I had been diagnosed with cancer, and during the period when I was recovering from surgery, I gained a lot of weight and arthritis, which exercise had kept at bay, had invaded my body. But I was determined I would make this hike to Hidden Lake. People passed me on the way, children among them. But I kept going and was rewarded with this view as I sat and rested. A young couple joined me. The woman, a scarf wrapped around her head, sat next to me. She was just a girl, really, slight, pretty. Soon we were talking and somehow or other, my cancer came up. She listened to my story, and then told me that she was being treated for brain cancer. I commented on her attitude, on the aura of peace that seemed to envelop her. How do you do it, I asked. And she told me about her faith in God, and how she trusted in Him. There we were, two people of different ages, thrown together by sheer chance, both dealing with cancer, one with a serene, sure sense and belief that all would be well. I didn’t and don’t believe in God, but she inspired me to rediscover my feelings about being an integral part of the universe, and to deal with my own cancer in a manner approaching hers.

4. A magical hello from the sky. From Todd at Bryce Canyon National Park:

My son is named after Bryce Canyon and he was greeted by a beautiful double rainbow on the afternoon of his first visit.

5. Get the tissues: brotherly love, with backpacks. From Lee Smitherman at Glacier National Park: 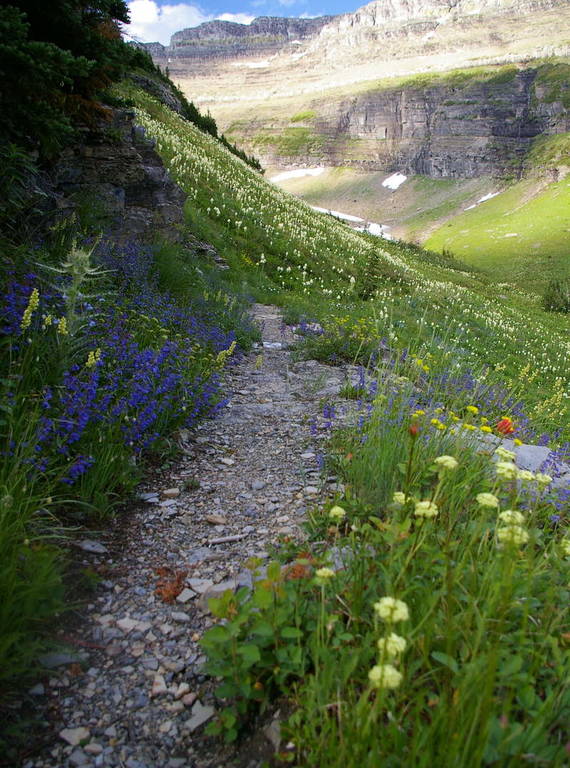 I had just returned home from a seven-year tour of duty with the Marine Corps. Arriving home, I quickly realized how much my baby brother had grown up. Days turned into weeks and weeks into months and we still didn’t have that special bond we had before I left home for the service. This led me to wonder who was the last "me” he knew. What were we doing with each other before I left? The difficult answer to accept was that before I left me and my baby brother were not getting along. He still needed to be watched after and I was about to graduate high school and forge my way in the world. I saw him as a hindrance and he usually paid the price with noogies and soaking up whatever cruel things I could think of to say to him. When I realized that these things were probably his last impression of me, my heart broke to pieces. I had to make it right.

In April of 2009 I called him and said, “Hey, how would you like to go to Glacier National Park?” Better yet, “How would you like to go backcountry backpacking in Glacier National Park?” We had both been outdoor enthusiasts most of our lives but had never set foot inside any of the iconic parks of the West, and as far as we could tell, Glacier was truly the jewel of them all.

We drove the thirty-hour trip straight through, taking shifts when necessary. After spending a day acclimatizing, we set out on a loop I had planned that began in Many Glacier. The adventure was real!  It was really happening!  And I had my baby brother, now a young man, by my side. We fought our way up a set of switchbacks and could finally look down over the Many Glacier Valley with its turquoise lakes. We stopped for a breather and with both of us standing face forward into the alpine breeze taking in the beauty, I apologized for anything and everything I ever said or did that made him feel as though I may not love him. After a tearful embrace I assured him that I did love him and always would. No other place on earth but the serene beauty and solitude of Glacier National Park would have served to rebuild the bond between my brother and me. To this day, the park and nature serves as a special place where my brother and I know that we are together.

Want to share your story? Visit MyParkStory with your favorite pictures and memories of our national parks.