The Bureau of Land Management recently extended comment periods for a land management planning process in New Mexico due to the pandemic. We must do this in other parts of the country, too.

Since the global health crisis began, demand for oil and gas has cratered, with prices hitting rock bottom. Yet the Trump administration has not stopped or slowed down its quest to drill for as much oil and gas as possible as quickly as possible on U.S. public lands.

In March, right as the country was going into lockdown, the administration offered more than 224,000 acres of public land across the West for leasing. And just this week, with the nation experiencing widespread protests against race-based brutality, the Bureau of Land Management announced it intends to offer more than 114,000 acres for sale in Utah later this year — some within a half-mile of Arches and Canyonlands National Parks.

This is occurring despite calls from NPCA and our partners across the country to put a hold on all open comment periods and rulemaking processes to afford communities time and space to focus on staying safe and healthy during these concurrent crises.

Giveaways to the industry go beyond just offering public land at below-market prices. The administration has also reduced federal royalties for oil and gas companies. According to a Bureau of Land Management report last month, companies are taking advantage of the crisis to reduce the amount they have to pay to the U.S. taxpayer. The Department of the Interior is approving applications for so-called “royalty relief” on a scale larger than it has done in recent memory, and to date the agency has not rejected a single petition. Yet at the same time, the administration is charging retroactive rent for solar and wind operators. Instead of prioritizing laid-off workers and struggling communities, the administration is giving the oil and gas industry handouts at the expense of the taxpayer.

Some of the communities that are struggling the most right now are tribal communities. Parts of the Navajo Nation, for example, have higher coronavirus infection rates than anywhere else in the United States. Tribal communities are also some of the places most impacted by oil and gas development, including direct harm to air and water quality and to significant cultural sites. The administration, however, has been reluctant to delay planning processes or lease sales to allow time to consult tribal members and has instead moved to make public meetings virtual. While Zoom meetings may work for members of the federal government, they don’t always work for communities where broadband access is limited at best and oftentimes non-existent. Additionally, it is culturally insensitive to expect some community members who are accustomed to speaking and sharing in face-to-face meetings to be able to engage virtually in the same way. These sorts of meetings are simply inadequate. 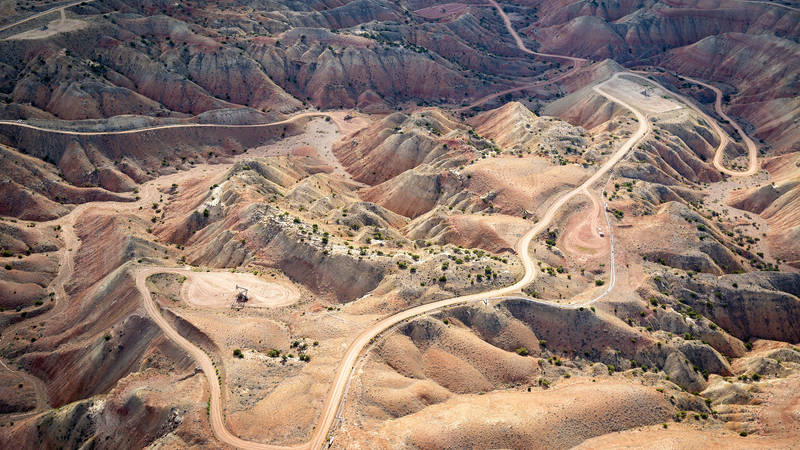 Up in the Air

No place is this problem more stark than around Chaco Culture National Historical Park. Earlier this year, during the pandemic, the administration released a draft resource management plan that will govern how that land will be managed for at least the next decade. In the draft, the administration proposed opening almost all areas currently closed to oil and gas development, including directly up to the park border. Despite outcry and repeated calls to halt or extend the comment period, including from the All Pueblo Council of Governors, the administration dragged its feet and insisted that all necessary public participation could occur online. Finally, on May 21, after months of pressure and a personal meeting with President Jonathan Nez of the Navajo Nation, the administration finally announced that it would formally extend the comment period by 120 days.

While that announcement comes as welcome relief for the tribes and communities in the area, it is unfortunately not the only place where stakeholders need better processes to participate. Drilling near national parks in Moab has already scarred the landscape, and this week’s sales announcement could lead to more serious consequences for the area’s beloved parks. And land management planning processes are also underway in Colorado, Wyoming and California, where oil and gas development would continue to industrialize the landscape.

Now that the government has acknowledged in New Mexico that oil and gas drilling cannot continue as normal, it must extend the same provisions across the West to make it easier for the public to participate in planning processes, and it must formally pause lease sales on public lands during the continued crises. We must give impacted communities the time to take care of themselves and focus relief efforts on the people and places that need them most.