The Imprisoned Doctor Who Helped Fight an Epidemic

Samuel Mudd was a country doctor convicted as a conspirator in the plot to assassinate President Abraham Lincoln. He eventually earned a pardon by helping to treat the outbreak of an infectious disease in his prison, which is now part of a national park.

The military fort where Dr. Samuel Mudd was imprisoned in the 1860s.

Immediately after assassinating President Abraham Lincoln at Ford’s Theatre in April 1865, John Wilkes Booth made a dramatic jump from the president’s box to the stage, reportedly brandishing a knife and shouting “Sic semper tyrannis” (“Thus always to tyrants”) at the stunned crowd before fleeing the scene.

When Booth arrived later that night at a small tobacco farm in Southern Maryland, his leg was broken, either from his leap to the stage or from his horse falling during his escape. His host for the night, country doctor Samuel Mudd, set the fractured limb and gave the assassin and one of his accomplices shelter. 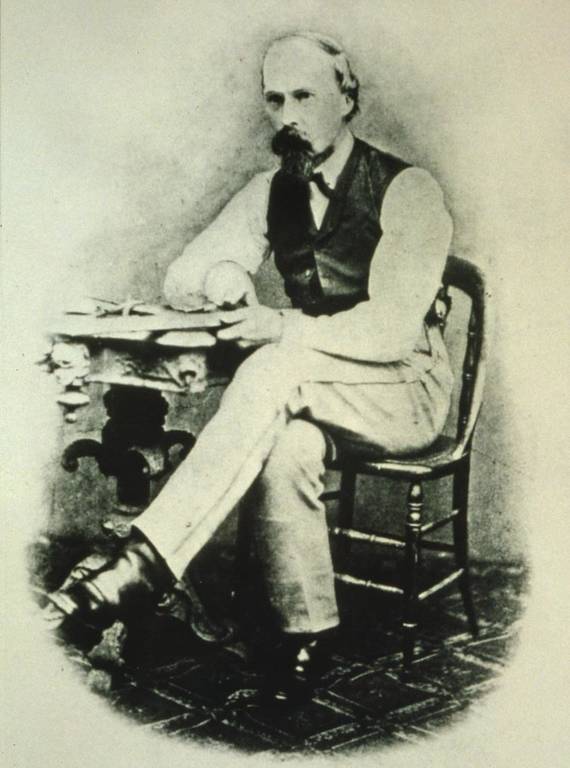 Dr. Samuel Mudd, working at a carpentry shop while imprisoned at Fort Jefferson circa 1866-1867.

How well Booth and Mudd knew each other on that night, how much Mudd knew about the conspiracy against the president, and whether Mudd was aware of the assassination when he treated Booth’s broken leg have all been subjects of debate for more than 150 years. In the days that followed, however, Mudd’s strange behavior and inconsistent stories raised the suspicions of the authorities, who connected him to a ring of Confederate sympathizers involved in the murder. Testimony by a third party linking Mudd to Booth helped convince a military tribunal to convict the doctor as a conspirator in the murder.

Some historians, and even one of Mudd’s own defense attorneys, have suggested that Mudd, a former slaveholder, was likely an accomplice in Booth’s original plot to kidnap the president for ransom but may not have known when that plan eventually switched to murder. Regardless, Mudd was one of eight people found guilty in the conspiracy; of them, four were hanged. Mudd was spared the death penalty by a single vote and sentenced to life in prison.

Mudd went on to become the most famous prisoner at Fort Jefferson — then a military prison with active enlisted soldiers, now a historic structure at Dry Tortugas National Park on a remote island in the Florida Keys. Mudd ended up serving only four years of his life sentence thanks to his skills as a physician, which made him a hero at the fort during an outbreak of yellow fever.

At the time, yellow fever was one of the most dangerous infectious diseases in the Americas, marked by fever, chills, nausea, and, in severe cases, liver and kidney damage, bleeding in the nose, mouth and eyes, and death. The virus that causes the disease is believed to have originated in Africa and traveled to the Americas and other parts of the world through trade, including the slave trade. Major outbreaks in the Americas in the 18th and 19th centuries killed tens of thousands of people, hitting port cities such as Philadelphia and New Orleans particularly hard.

Mosquito bites transmit the virus that causes the illness, though at the time Mudd was imprisoned, people did not yet know how it spread, believing bad air or even astrological factors might cause the disease. At Fort Jefferson, the military stored its drinking water in open barrels, unknowingly creating a breeding ground for the insects. The first person at the fort became ill in August 1867, and the sickness began to take over the island at an alarming rate. 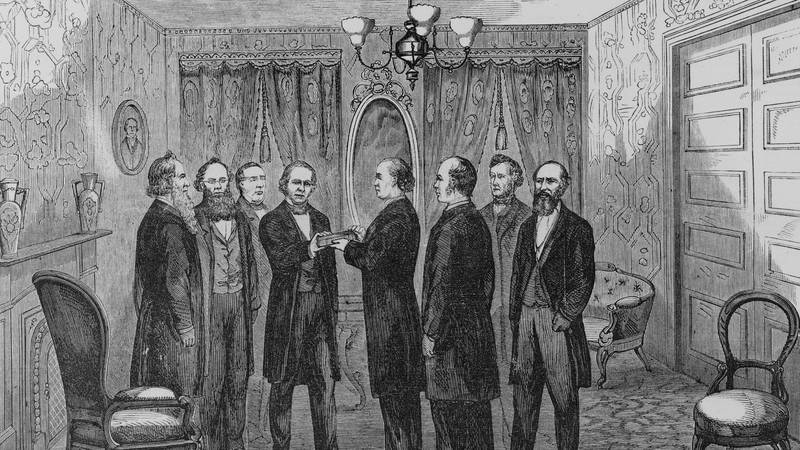 Elected officials throughout history have had their rude and rowdy moments. One U.S. vice president famously showed up drunk to his own inauguration.

In addition to 52 prisoners, more than 300 officers and enlisted men served at Fort Jefferson at the time of the outbreak. When the infection began, the fort’s physician quarantined sick patients on a separate island a couple of miles away in an attempt to contain the disease. Within a few weeks, the physician himself had died of the illness.

Mudd volunteered to take over the treatment of patients and began working day and night to stop the outbreak, ending the isolation of sick patients, demanding clean bedding and instituting other hygienic practices. He treated patients using methods of the time, including herbal teas and spirits, as well as medicines that caused sweating and vomiting, believed to “purge” fevers. Though most of his methods would not be used today, his diligence and care appeared to save lives. Of the 270 known cases at the fort, only 38 people died, a much lower toll than other outbreaks at the time.

The epidemic ended in November 1867, and a grateful lieutenant who survived the disease under Mudd’s care petitioned President Andrew Johnson to grant the doctor clemency. The petition was signed by 299 other officers and soldiers. Mudd was officially pardoned in February 1869.

Mudd lived in freedom with his family for nearly 14 more years before dying of pneumonia at age 49. Doctors eventually isolated the virus that causes yellow fever in 1927 and went on to develop successful vaccines in the 1930s, though the disease continues to claim an estimated 30,000 deaths a year, mainly in Africa.

Dry Tortugas is one of the most remote national parks in the country, located about 70 miles west of Key West. Visitors willing to take a ferry ride or seaplane can still see the historic fort where Mudd arrived as a hated criminal and left a life-saving hero.