50 Years Later: Reflecting on the Significance of Earth Day

The first Earth Day launched her career as an environmental historian and her path as an activist. Now, even as the pandemic keeps her at home, she commemorates the lasting significance of the Earth Day movement.

An artist rendering of Planet Earth.

The first Earth Day changed my life. I was not quite 15 years old on April 22, 1970, but I understood that the nation was in trouble — and there was ample evidence around my home in Southern California. 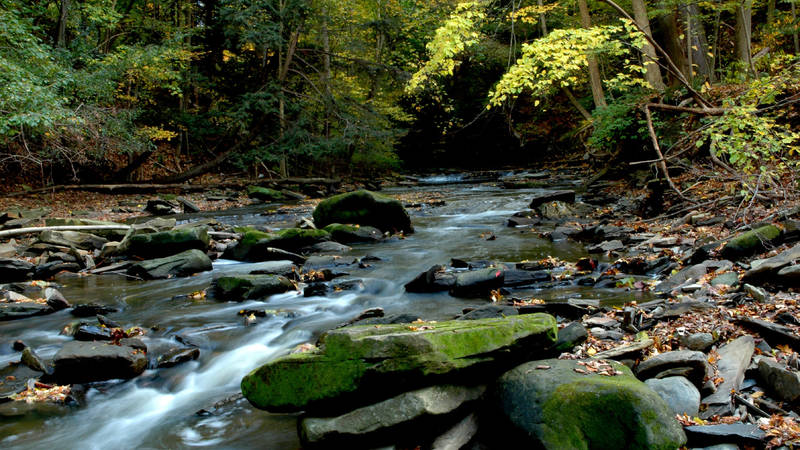 One year earlier, a massive oil spill had devasted the shoreline of my favorite city, Santa Barbara, where I would later attend college. The San Bernardino Mountains that towered above my family’s house were not visible for much of the year, obscured by smog so thick that my high school routinely cancelled my tennis matches. On the worst days it hurt to breathe. At that time, the Los Angeles area was widely known for its car culture, but automobile emissions were not regulated. And the denuded foothills around me burned with increasing frequency, further diminishing air quality and creating an eerie glow in the night sky.

Most dispiriting for me, my childhood home — a historical adobe and tile structure once surrounded by orange groves and walnut trees — became engulfed by the unchecked sprawl of tract houses, strip malls and a network of freeways within the space of a year. News of Ohio’s Cuyahoga River catching fire and untreated sewage contaminating New York’s Hudson River, along with reports of health risks posed by unregulated toxic waste dumps, underscored the sense of crisis on a national level.

When my high school received a national call to raise consciousness about pollution and the need for environmental reform, I responded with enthusiasm. I convinced my friends to join me in picking up trash along a local highway on the first Earth Day. It was a fun afternoon, spent laughing and socializing — an easy way to call attention to environmental degradation without grappling with complicated questions and long-term solutions. But picking up trash was also a symbolic act, demonstrating that even high school kids could assume responsibility and take action, however small.

A Girl Scout picks up trash from the Potomac River on the first Earth Day in 1970.

We were aware of being part of a much larger movement. Around the nation, millions of concerned citizens participated in marches, speeches and other events. Wisconsin Senator Gaylord Nelson and advocate Denis Hayes coordinated a “national teach-in on the environment,” but overall, leadership was diffuse. The first Earth Day, unlike protests and commemorations in the years that followed, was distinguished by the decentralized, grassroots nature of the activities, which were as unique and wide-ranging as the communities that organized and inspired them.

The first Earth Day was a focal point for the emerging environmental movement, but it also felt very personal and local. Adam Rome, author of “The Genius of Earth Day: How a 1970 Teach-In Unexpectedly Made the First Green Generation,” explains that New York City blocked some of its streets to car traffic, allowing participants to picnic on the asphalt, while marchers in Albuquerque followed a horseback rider and mariachi band from a park to a sewage plant. In my community teenagers picked up trash. For all the seriousness of the environmental crisis, it was a time of whimsy, exuberance and hope.

We proved 50 years ago that you can have fun and achieve monumental results.

Legacies of the first Earth Day include landmark environmental legislation such as the Clean Water Act, the Endangered Species Act and a major revision of the Clean Air Act. The momentum further encouraged the formation of government environmental agencies as well as the development of NGOs, environmental studies departments in universities and the field of environmental law.

The author at Mount Rainier National Park in Washington.

The first Earth Day also marked a change in the national mindset, setting us on the path to “green thinking.” Several of my older activist friends connect their lifelong commitment to the environment to April 1970. It was a time of national soul-searching and an awakening for many people.

I can trace my own life and career trajectory to April 22 and that highway in Southern California. I attended college at the University of California-Santa Barbara, site of the nation’s first environmental studies department, and I spent my summers working on interpretive projects at national parks in California. I became an environmental historian and, while teaching at the University of Puget Sound, mobilized students to participate in the 20th anniversary of Earth Day in April 1990. After setting up an environmental history program at a public history and archaeology company in Seattle, I became the director of the American Society for Environmental History, a nonprofit scholarly society. I have been active in the Sierra Club and currently serve on the Northwest Regional Council of NPCA. I cannot imagine my life without environmental activism.

My high school friends and I had arranged to reunite this week in Southern California, where we would celebrate our participation in the first Earth Day by reenacting our walk and trash pickup. The global pandemic has prevented me from traveling to meet them, but fortunately there are many ways to engage remotely in 50th anniversary events. This year’s theme is climate action — and the stakes could not be higher. Like 1970, now is a time for reflection and soul searching, a moment for examining our values and the connections between environment and public health, as well as ways to protect the most vulnerable members of our communities.

While I will be under a stay-at-home order in Seattle, I still plan to participate in a local citizen science project observing birds from my backyard. And to commemorate a day that influenced me — and the world — so much, I may even walk to the park next door and pick up trash.