Wildfires. Haze. Melting ice. How one industry is affected by air pollution and climate change.

The Outdoor Industry Association’s Amy Roberts in Colorado has an insider’s view of recreation, her local national park and consumer activism.

The acrid smell and stinging haze of wildfires is nothing new to Amy Roberts. She grew up on the Front Range of the Rocky Mountains, and most recently has seen and smelled it outside her office in Boulder, Colorado. But to smell it in Oregon while hiking Mount Hood National Forest — a much wetter and more temperate area, now drought-stricken — that’s new. From the base of the glacier, Amy can see it, too. Haze shrouds what should be an awe-inspiring view.

These are just some of the power plants harming parks — parks that the businesses of the Outdoor Industry Association rely on. Over the past several years, NPCA has litigated and negotiated with energy companies and other stakeholders to retire and transition more than 25 coal-fired power plants, making space for clean energy. Most recently, an agreement between NPCA, Sierra Club and the energy company Entergy resulted in a settlement that will bring two Arkansas coal plants, amongst the dirtiest in the nation, offline. This will deliver improved air quality to places like Buffalo National River and Hot Springs National Park.

NPCA will continue to take actions to reduce dirty coal plant pollution in support of clean energy by holding the government and polluters accountable for complying with our nation’s clean air laws.

“It’s pretty clear, the number of wildfires we’re seeing is connected to climate change,” Amy observes. “Lower snowpack in the winters impacts the amount of water in rivers in the summers. We’re in drought condition in summer a lot earlier.”

Climate change is what keeps Amy up at night, and not just because she’s the executive director of the Outdoor Industry Association. “Climate change impacts our industry,” she says. “But it’s also a threat to humanity. Air quality in the parks is just one symptom.”

Back home in Colorado, the same pollution sources that drive climate change are creating smog — it’s visible in Rocky Mountain National Park, one of the country’s most visited parks. The views are often obscured by air pollution from oil and gas development, coal plants and mining on the Front Range, as well as from nearby Denver.

“Energy development does create jobs, but it can also be short-term or cyclical. It may permanently scar the landscape and affect the viewshed,” Amy says. “If you preserve these areas for sustainable use like recreation, that returns long-term economic value. The businesses that come to these rural areas to support outdoor recreation are less boom and bust.”

The Outdoor Industry Association that Amy leads represents more than 1,300 businesses nationwide. They’re part of an outdoor recreation economy that produces $887 billion in consumer spending and 7.6 million jobs, a lot of that in and around national parks.

Amy recently heard an interview with a guide from Colorado Mountain School about how climbs like the ones near Longs Peak are dependent on good snow conditions. An avid climber, Amy has seen for herself the worsening changes the guide described.

She hears it, too, from brand ambassador athletes such as Conrad Anker and Jimmy Chin, recounting, “They’ve been going to these parks for years to climb and explore and reporting back that rivers aren’t running as high as they used to, snowfields and glaciers are receding. Those changes make activities more dangerous. Rockfall is more prominent, snowfields aren’t as stable to climb on and parks are closed due to wildfire. Winter starts late and ends early. When you don’t have that snowpack, then rivers aren’t full, and summer activities around paddling, rafting and fishing are all impacted.”

The loss of recreational opportunities impacts more than just guides and gear suppliers. Hotels, gear retailers and restaurants in gateway communities like Rocky Mountain’s Estes Park are affected, too. Fewer climbers mean fewer visitors needing a place to stay and eat. From air pollution to shriveling snow fields and rivers to wildfires, both the causes and the symptoms of climate change are impacting Outdoor Industry Association members and their communities. 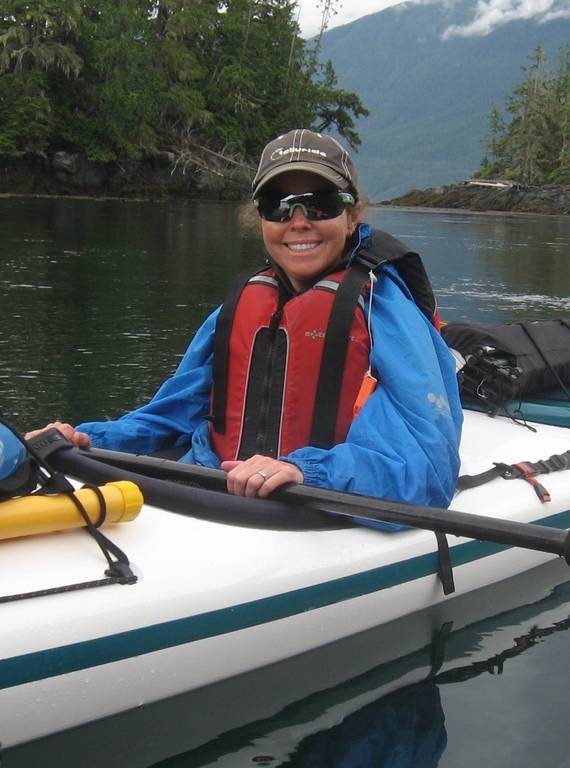 Looking back, some of Amy’s favorite childhood memories came from hiking with her uncles in Rocky Mountain. Memories like hers are now shared widely on social media. Social media also makes it much easier for brands to reach consumers, enabling a dialogue that wasn’t possible when communication was more one-way.

“Our industry was established by companies whose founders believe they have a responsibility to the landscape and to preserve national parks for future generations. They’re willing to step out and speak to their consumers around the importance of voting on climate change issues, the national monuments debate and asking their representatives to properly fund the National Park Service,” Amy says.

She concludes, “Our National Park System is so uniquely American. Clean air in our parks is something we should all be able to rally around, both Republicans and Democrats.”