What Are Your Dangerous Ideas?

By Dorian Fox
Fall 2018: What Are Your Dangerous Ideas?

“What are some new and dangerous ideas for America today?” The words are blazoned across a whiteboard in the visitor center at Roger Williams National Memorial in downtown Providence, Rhode Island. If the question seems provocative, that’s the point. It’s meant to capture the spirit of Roger Williams, the outspoken English preacher who founded Providence in 1636 as a haven of free speech and religious freedom.

Part of the park’s “New and Dangerous Opinions” exhibit, the whiteboard is a blank slate where visitors scribble their honest, unfiltered answers. And scribble they have. Most weeks, the board is a tangly mess of multicolored comments that show a wide and idiosyncratic range of thoughts and opinions. At times, commenters engage with one another’s words, drawing arrows with notes of agreement, qualification or dissent.

Some “dangerous ideas” that appear on the board are philosophical or conceptual: “That some religions are not true religions” or “Equal pay for equal work.” Others are tongue in cheek: “Moving to upstate N.Y.” One local man drops in often to use the bathroom and always pens the same note, along with a fan-shaped leaf: “Cannabis is good for us and God wants us to have it!”

Many comments, however, are more pointed and echo anxieties of our political moment. One note identifies arming teachers as a new and dangerous idea. Two weeks later, in almost the exact spot: “March 14 student walkout to protest gun violence.” Others mention “alternative facts” or football players kneeling during the national anthem. Still others directly reference the current administration, citing dangerous ideas such as “A second term,” “That building walls solves our problems” and “Impeaching Trump.”

It’s not always clear where commenters stand on the issues they raise. Is the idea “dangerous” because it might ruffle some feathers but would be ultimately beneficial to all — the way Williams’ ideas around religious freedom were dangerous — or is the idea dangerous in that it would threaten the social fabric and should therefore be avoided at all costs?

Since early last year, rangers have snapped weekly photos of the whiteboard and posted them on the park’s Facebook page, where the (mostly) anonymous musings find a larger audience. Staff have never censored anyone’s comments.

Though it wasn’t park officials’ intention, the timing of the exhibit coincides with a period when free speech within the National Park Service has come under threat. The whiteboard was unveiled just weeks after the swearing in of President Donald J. Trump, who criticized a Park Service staffer for retweeting aerial photos comparing crowd sizes at his and former President Barack Obama’s inaugurations. Soon after, official Park Service Twitter accounts were temporarily shut down, and the Alt National Park Service movement sprang up online to protest the silencing of park employees (“I follow ALTNPS on Twitter!” one person noted on the whiteboard). More recently, Park Service officials deleted all mentions of human-caused climate change from a report on storm surge and sea level rise, according to an analysis of 18 drafts of the report obtained by Reveal, the website and radio program of the Center for Investigative Reporting. After a long delay and much outcry, the report was released in May with the deleted language restored.

Amid this atmosphere of creeping censorship, the whiteboard project stands out for celebrating free speech by allowing any voice, no matter how controversial, to be seen and heard. “There are comments you don’t agree with, but that’s okay,” said Sparkle Bryant, a ranger who has worked at the park for 20 years. “It’s up to you to decide what the right answer is.”

David A. Logan, former dean of Roger Williams University School of Law in Rhode Island, who has visited the exhibit, said the park’s experiment is clearly aligned with the state’s progressive history and values. “Putting a whiteboard up and letting people go at it is taking a risk,” he said. “It’s perfectly fitting that it would happen here in Providence rather than in Yosemite or the Smoky Mountains. This colony is founded on trying things no one had tried before.” 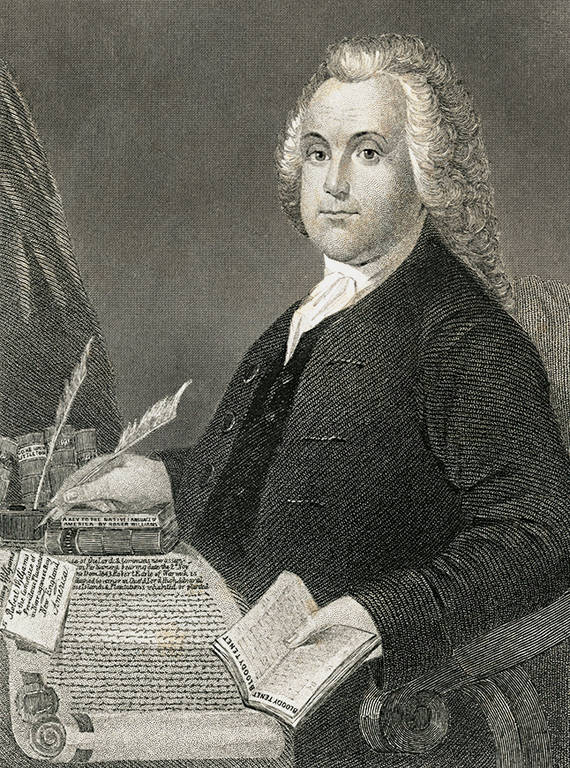 Roger Williams had a few dangerous ideas of his own, including a belief that church and state should be separate.

Cast out of Massachusetts Bay Colony for criticizing Puritan influence on civic life, Roger Williams established Providence Plantations on land deeded to him by the Narragansett Indians, whose rights he championed and whose language he studied. The new colony, later named Rhode Island, was the first secular state in the New World. Citizens could worship (or not) as they pleased without persecution, every plot was equal in size, and women could own land and weigh in on town decisions — all shockingly radical notions at the time. Williams’ insistence on separating religious and civic matters — and his belief that each person should live according to his or her own conscience — laid groundwork for the Constitution and Bill of Rights more than a century later.

Bryant emphasized that William’s legacy is about more than his “dangerous opinion” that church and state should be separate; it’s about speaking truth to power. “People call them crazy, call them heretics,” she said, referring to those willing to stand up and challenge the status quo, during any era. “The same thing happened to Roger.”

Park staff were admittedly unsure of how the whiteboard would be received and used by visitors. Though rangers expected political messages to be part of the mix, they worried that profanity might force them to grab an eraser (or at the very least, insert a few strategically placed asterisks). But so far, they said, there’s been no reason to consider editing the board.

“The comments don’t go off color,” said John McNiff, a ranger who helped develop the overall exhibit, which also includes large-scale panels with photographs that highlight issues such as women’s rights, gay marriage and the Black Lives Matter movement. “People understand this is important. They take it seriously.”

A scroll through the backlog of Facebook photos confirms this. Many views expressed on the board are strong, but the snark and anger that often arise on social media and other online platforms are conspicuously absent.

Logan said that encountering a forum for ideas in a public, physical space — rather than an anonymous, digital one, where echo chambers abound — may catch people off guard, leaving them more open-minded. “People are not walking in because they want to pound the table about immigration or a living wage,” he said. “That’s not why you go to a national park.”

Logan likened the whiteboard experiment to the proverbial town square, where early Americans would gather to hear speakers whose views might run contrary to their own, a tradition that informed First Amendment protections. “Americans don’t do that so much anymore,” he said. “Now we attend either campaign or staged events. The nice thing about the whiteboard is that it’s not staged.”

Though fostering open discourse may not change people’s opinions, he said, it is vital to the health of a democracy — a principle that Williams identified over 350 years ago. “That’s a public good, when people are drawn out of their bubbles and into a lively exchange,” Logan said. “The more we do that as citizens, the better off we are in the long-term.”

This article appeared in the Fall 2018 issue