A recent staffing shakeup at Yellowstone is the latest in a string of damaging actions and policies that could have a detrimental effect on people at the agency.

During his confirmation hearing in March 2017, Interior Secretary Ryan Zinke stated that one of his top three priorities as secretary would be “to ensure the professionals on the front line, our rangers and field managers, have the right tools, right resources and flexibility to make the right decisions that give a voice to the people they serve.”

But that’s not what he’s done during his first 16 months in office. Instead, Zinke has repeatedly undermined his staff, including National Park Service employees, with his policies, actions and words. Interior’s latest move to oust a long-term national park superintendent is just the latest in a string of actions that could have deeply damaging effects on agency staff and their morale.

In early June, Zinke’s Interior Department ordered Yellowstone National Park Superintendent Dan Wenk to accept a reassignment in Washington, D.C., or retire. Wenk was less than a year away from retirement after more than 40 years in the Park Service. When he opted not to move and instead requested a transition period of several months to finish some important projects and help onboard a new superintendent, officials at Interior denied his request and forced him to step down — a move Wenk said felt like an act of retribution. 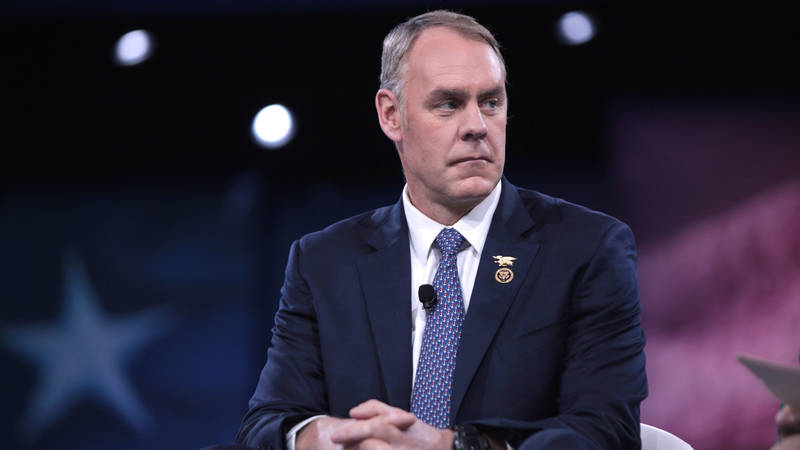 5 ways the official at the helm of America’s public lands has been charting a troubling course for national parks during the first few months of his tenure.

This is not the first time a former Interior employee attributed a staffing shakeup to political retaliation. In July 2017, ecologist Joel Clement left the agency in protest after being reassigned from his role leading the Interior Department’s Office of Policy Analysis to an office overseeing oil and gas royalties. Clement had worked with Alaskan communities to help them adapt to the effects of climate change and claimed his reassignment was a deliberate attempt to sideline science and make the agency less effective.

Senior Interior Department staff know there is a potential for reassignment when they accept their roles, but such staffing changes must be strategic for the good of the agency and our public lands. A recent investigation by Interior’s Office of Inspector General found no clear rationale for a number of senior staff reassignments, noting, “The ERB [Executive Resources Board, the Interior Department agency overseeing staffing decisions] reassigned 27 senior executives without a written plan or clear criteria, and without consulting with the departmental leadership who oversaw the affected senior executives or with the affected SES [senior executive service, i.e. senior staff] members.”

Last month, 14 members of Congress criticized Secretary Zinke in a formal letter, stating, “Morale is already low at NPS, due in part to the remarks you have made regarding personnel, rampant underfunding coupled with increased visitation meaning park staff must do more with less, a highly questionable department-wide reorganization proposal, a continuing climate of harassment, and the failure of the White House to nominate a permanent NPS director.”

Zinke’s treatment of Wenk and Clement is consistent with the spirit of a larger Trump administration proposal to reorganize the entire federal government in a manner that could undermine personnel across the country, including at the Park Service.

In March 2017, President Donald Trump signed an executive order directing agencies to prepare for a reorganization of the entire federal government. Soon after, Office of Management and Budget Director Mick Mulvaney outlined a proposal to reduce the size of the federal workforce, stating, “You can’t drain the swamp and leave all the people in it.” Then, in June 2017, Zinke initiated a temporary hiring freeze for most Park Service and other Interior Department personnel that prevented numerous parks from filling key positions. Zinke said at that time that he planned to cut his workforce by 4,000 employees, roughly 8 percent of Interior’s full-time staff.

#{image.caption}
Director of the Office of Management and Budget Mick Mulvaney, who said in 2017, “You can’t drain the swamp and leave all the people in it.”   White House photo by Evan Walker.

Though few details are available, the proposal seeks to reorganize the agency, expanding Park Service regions from seven to 13. This would very likely mean relocating staff, which could displace employees and force park personnel to cover the duties of multiple employees at once.

The plan, if enacted, could also direct Park Service employees to defer to employees of other Interior agencies when decisions affect multiple agencies. This streamlining could mean, for example, that when the Bureau of Land Management pursues oil or gas drilling on lands adjacent to a national park — which could threaten the wildlife, air, water and visiting experience in that park — the views of the Park Service director could be overruled by other politically motivated stakeholders to expedite permitting for these potentially damaging activities.

It is deeply concerning to move employees from their jobs and disregard their expertise; also worrisome are open positions that remain empty because the Park Service simply does not have the resources to fill them. Although Congress is responsible for setting the Park Service’s budget, Zinke’s vision is to leave many of these positions unfilled, eliminate some through attrition and rehire some at lower pay grades.

Over the years, park budgets provided by Congress have been insufficient to keep up with increased operating costs. This has left staff positions across the Park Service unfilled at a time when national parks have witnessed record-setting numbers of visitors. Between 2011 and 2017, the park system has seen a 19 percent growth in visitation, while during the same period, the Park Service has struggled with an 11 percent reduction in staff.

The Trump administration, with Zinke’s input, has now proposed two budgets that would have made the problem worse. Its most recent proposal would have cut another 1,800 Park Service staff — more than 9 percent of its already-reduced workforce.

While Congress rejected this plan, staffing needs continue to go unaddressed. When park staff are forced to do more with less, it harms morale and threatens the agency’s ability protect the resources in its care. Visitors also suffer because reduced staffing hinders the Park Service’s ability to offer services such as ranger tours and educational programs.

In May, at a time when park staff were already stretched thin, Secretary Zinke ordered law enforcement staff from national parks across the country to two parks on the U.S.-Mexico border — Organ Pipe Cactus National Monument in Arizona and Amistad National Recreation Area in Texas — taking staff from parks where they are needed and potentially putting visitors and resources at risk. 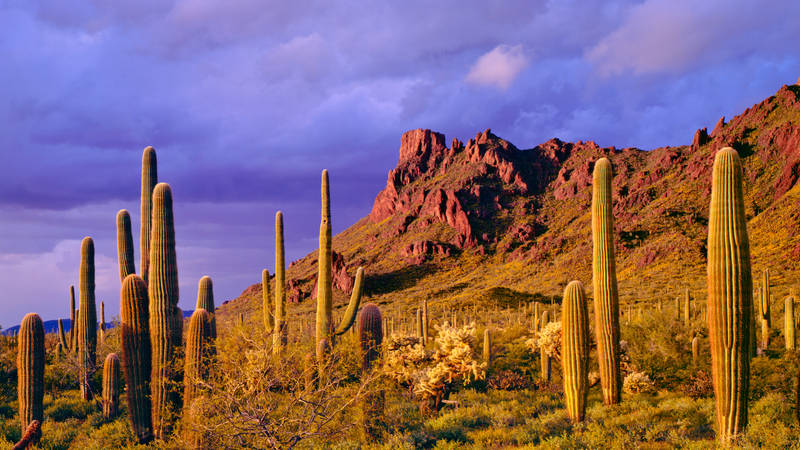 This decision could have serious consequences for national parks already struggling with a reduction in staff.

Illegal immigration across the southern border remains relatively low. According to U.S. Customs and Border Protection, the total number of apprehensions of people crossing the border illegally peaked in 2000 at 1.6 million and have been below 500,000 since 2010. Last year, these apprehensions totaled just under 304,000, the lowest number since 1971. Secretary Zinke has not provided justification for an increase in law enforcement staff at the border at a time of historically low border crossing apprehensions.

Rather than an unwarranted, disruptive plan that could negatively impact national parks and visitors, the administration should invest in the long-term staffing needs of our national parks, on the border and nationwide. Instead, the administration’s most recent budget request included a $31 million cut to “park protection,” equivalent to a reduction of 269 full-time law enforcement and safety staff serving visitors across the National Park System.

These issues on their own would be troubling, but some of Zinke’s public statements also reveal his lack of trust in his own employees. Last year, he told the National Petroleum Council, “I got 30 percent of the crew that’s not loyal to the flag … and you’ve got to hold people accountable.”

Zinke has also suggested on a number of occasions that park rangers could be replaced by private-sector staff for a number of duties and that park campgrounds could be better run by private businesses. “As the secretary, I don’t want to be in the business of running campgrounds. My folks will never be as good as you are,” he said in June 2017. “We are going to have more public-private partnerships soon. I think that’s where the industry should be going.”

These remarks insult the commitment of the people who dedicate themselves to their jobs and who serve America’s parks and public lands above any ideology or administration.

Zinke should support his talented, highly trained staff and propose budgets and policies that better serve them so that they can continue to serve all of us and our legacy for the future.