Wild Beasts of the Urban Jungle

Only two megacities in the world harbor wild populations of big cats (think panthers and mountain lions). One of those cities is located in the U.S. Do you know which one?

The world is getting smaller for big cats.

Everywhere, tigers, lions, leopards and other cheetahs are losing their habitat to human development as deforestation increases and cities keep expanding and encroach on the animals’ territory.

The world has dozens of megacities, which are usually defined as metropolitan areas with at least 10 million residents. Their number and size are only expected to keep growing as more people migrate to these population centers in search of economic opportunities. 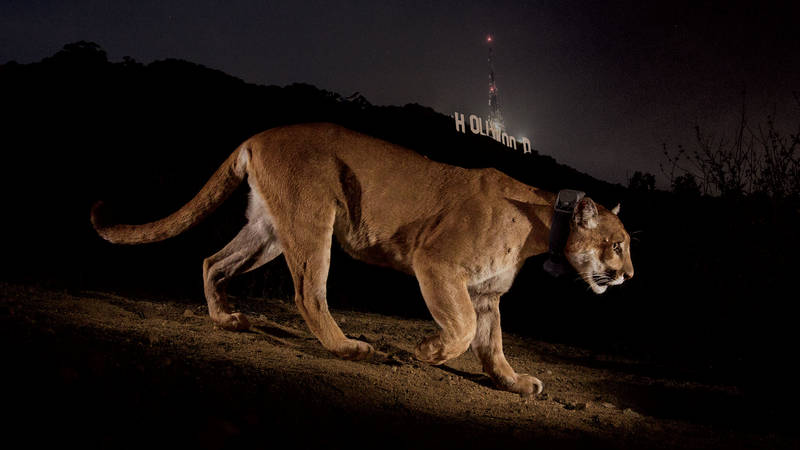 The mountain lions of the Santa Monica Mountains face a rash of urban perils. Can they be saved?

Vast expanses of concrete teeming with people and cars hardly seem ideal environments for elusive wild felines, yet in Los Angeles and Mumbai, thanks in part to the protections afforded by national parks, populations of big cats have so far managed to survive cohabitation with millions of human residents.

In Mumbai, about 40 leopards live in and around Sanjay Gandhi National Park, which sits within the limits of India’s most populous city with more than 12 million inhabitants. By and large, the coexistence between leopards and humans has been peaceful, but leopards have attacked and killed residents on occasion. More than 250,000 people actually live inside the national park, encroaching on the big cats’ habitat. Poaching cases inside the park, while not frequent, are not unusual.

Los Angeles’ mountain lions, meanwhile, prefer the safety of the Santa Monica Mountains National Recreation Area and neighboring forests to the city’s streets and residential neighborhoods. Most sightings come from remote cameras, and much of what is known about the mountain lions comes from the National Park Service’s research, which provides extensive data on the cats as well as the overall health of the park’s ecosystem. To date, park staff have studied more than 60 mountain lions in and around the park, equipping many with radio transmitter collars. 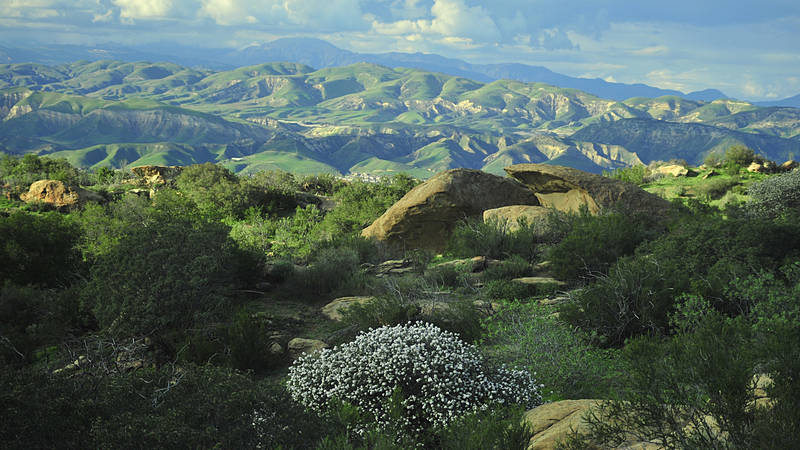 Support the Proposed Rim of the Valley Expansion

With more than 17 million people, the Los Angeles Metropolitan area is the second most populated area in the country, yet it has less open space than any other large…

Mountain lions — also known as pumas or cougars — used to live across the continent, but they were hunted out of the East and Midwest (cougar sightings in recent years suggest the animals are starting to move back into these territories). In Los Angeles, their habitat is heavily fragmented and bisected by wide freeways. This creates a number of serious problems for the mountain lions.

Without enough territory, fighting occurs more frequently and is the leading cause of death for L.A.’s mountain lions. The nearly impenetrable barriers also have led to such widespread inbreeding that some scientists predict it will cause the local population’s extinction if nothing is done to diversify the gene pool (this looked to be the fate of the Florida panther, too, until NPCA and others helped capture eight Texas cougars and transported them to the Everglades in the 1990s). Occasionally, mountain lions do try to cross freeways, and almost 20 of them have been killed by vehicles since the Park Service started its study in 2002.

There might be hope on the horizon, though. NPCA and its partners are currently pushing for legislation that would more than double the size of the park and improve connectivity with other natural areas.

“This connectivity would ensure mountain lions have the habitat and range needed for food and procreation and would reduce the incidence of intra-species conflict and inbreeding being recorded among cats in the current park,” said Dennis Arguelles, NPCA’s Los Angeles program manager.

The expansion, known as the “Rim of the Valley,” is just one effort. A privately funded campaign is also underway to build a wildlife bridge over the 101, which NPCA supports through outreach and education activities.