Between a (Kindness) Rock and a Hard Place

By Nicolas Brulliard
Spring 2018: Between a (Kindness) Rock and a Hard Place

The squabble started on a weekend afternoon last September with a Facebook post about a rock painted to look like a ladybug. While acknowledging that leaving painted rocks for others to find is a fun activity, staff at Catoctin Mountain Park in Maryland respectfully reminded visitors that doing so violated the national park site’s leave-no-trace policy.

Then the floodgates opened.

“You are being ridiculous,” wrote one commenter. “Stop being a stick in the mud,” wrote another. “Just don’t leave painted rocks in the park. What’s so hard about that?” a third responded. “Why do people feel entitled to everything?” Many posters were civil, but it wasn’t long before others were equating painted rocks with unwanted graffiti and comparing the creators to animals that mark their territory with urine.

By the time the dust had settled, the seemingly innocuous message had elicited more comments than any of the park’s other Facebook posts last year, surpassing one about an exciting bear sighting at a campground and another asking visitors about their favorite fungus. “We were a little bit surprised, to be honest,” said Peggie Gaul, the park’s acting chief of interpretation.

This kind of heated banter is common on social media, but it was remarkable given that the main goal of so-called kindness rocks is to bring a little bit of joy, hope or comfort to the strangers who find them. “Looking at these comments, I’m like ‘Wow!’” said Jen Retterer, who joined the online conversation about Catoctin and runs a painted rocks group out of Columbia, Maryland. “This is not exactly what we’re trying to do here.”

Spring 2018 - Kindness Rocks All is Calm 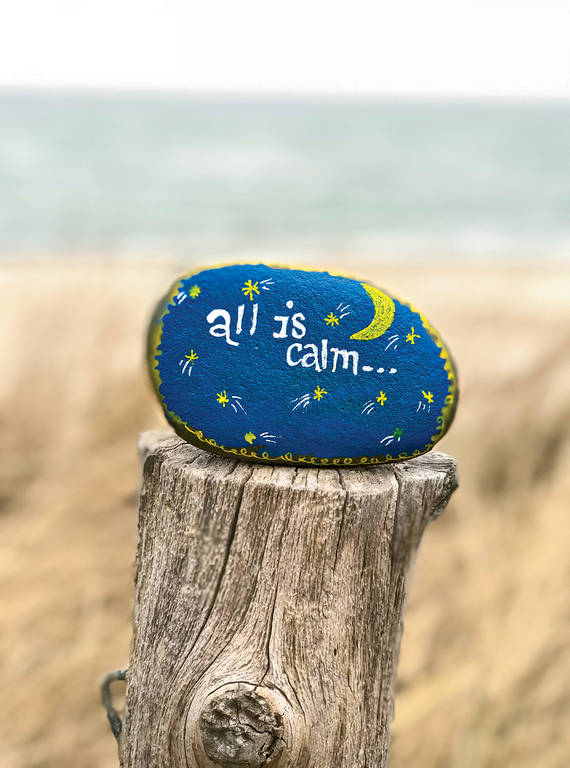 Most kindness rocks enthusiasts, including the one behind this rock, don’t leave their creations in national parks, but the painted rocks have shown up at park sites across the country nonetheless.

Rock art is an age-old pursuit, but the latest craze can be traced to 2015, when Megan Murphy founded the Kindness Rocks Project. During long walks on Cape Cod beaches, Murphy had a habit of looking for certain kinds of rocks as signs from her late parents. She wondered if others would be receptive to rocks bearing messages, so one day she picked up a marker and wrote short inspirational phrases on five rocks for other beach walkers to find. By coincidence, a friend of Murphy’s found one of the rocks among the thousands of others on that beach, and — unaware that Murphy was the creator — texted her to say the discovery had made her day. “That’s why I say it was divinely inspired,” Murphy said. Convinced she was onto something, she continued painting rocks and leaving them on the beach, later writing #thekindnessrocksproject on the back to encourage people finding them to post pictures on social media.

Soon, people all over the country and beyond were painting rocks, and personal stories started pouring in. Murphy said she learned of someone contemplating suicide who changed course after finding a kindness rock. A marine deployed in Japan told her the painted rock he found there was “like a hug from home.” Local groups created Facebook pages, where painted rock enthusiasts can post photos, communicate about get-togethers and comment on each other’s artwork.

As the popularity of kindness rocks grew, the project expanded beyond the founder’s vision. Some enthusiasts began emphasizing the art over hopeful messages such as “be kind” or “you are loved”; others organized scavenger hunts — a practice that some traditionalists frown upon. In addition, the rocks started showing up in places where they were not wanted. 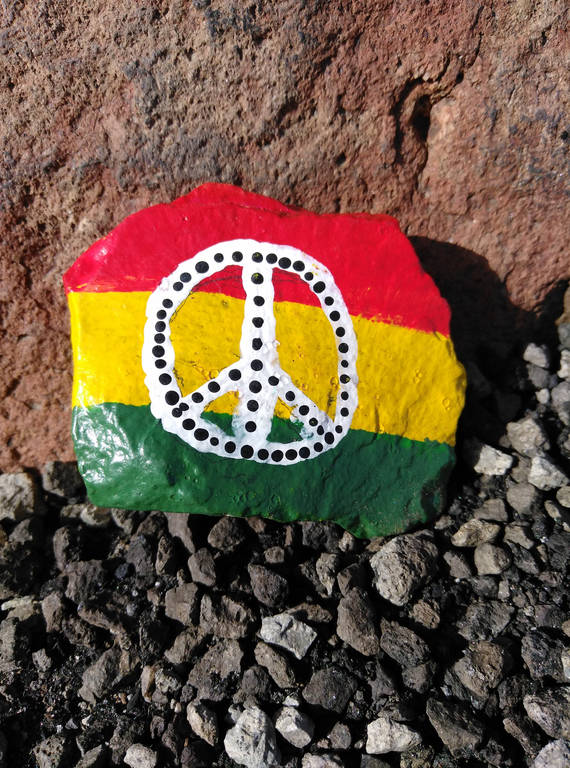 The Kindness Rocks Project and most local groups have very clear rules and guidelines about using non-toxic sealants, asking local officials and business owners for permission to leave rocks on their premises, and adopting policies that are respectful of the environment. They also tell members not to leave rocks in national parks. Yet rangers at national park sites all over the country have been finding painted rocks on trails, near visitor centers or on Civil War monuments. The scenario has played out in much the same way at Olympic National Park in Washington, Devils Tower National Monument in Wyoming and Vicksburg National Military Park in Mississippi, among others. In all those cases, park staff issued a gentle admonition on Facebook, but the use of the word “trash” or “litter” was sufficient to set off a torrent of outrage.

Amid the name-calling and finger-pointing on these forums at least one positive theme has emerged: While not everyone agrees about where to draw the line between recreation and preservation, the participants care deeply about national parks. At Gila Cliff Dwellings National Monument in New Mexico, the conversation swirled around questions of “what parks should and should not be,” said Rita Garcia, the chief of interpretation there, “and I’m very pleased because this is what people should be thinking about.”

Another bright side: Despite the sometimes acrimonious online debates, some people have found out about kindness rocks on these forums, and others have learned about the importance of minimizing visitors’ impact on the environment, which, after all, was the original intent of the national parks’ reminders. Murphy admitted she didn’t know about leave-no-trace principles until she was attacked on social media early on for posting a picture of a painted rock in a natural setting. Now that she’s better informed, every chance Murphy gets she promotes these principles, which include packing out trash, respecting wildlife, and leaving plants, animals, artifacts and (non-painted) rocks in parks. Retterer does her part, too. She reminds members of her group of “Respectful Rockin’” rules, and she works with moderators of other Facebook groups to get the word out.

“The whole point of it is kindness,” she said, “so we have to make sure we are also kind to nature.”

The Indian Chief and the President