How a trio of Montanans found themselves persuading Congress and the administration to permanently protect Yellowstone and their homes from industrial-scale mines.

#{image.caption}
Bryan Wells, one of the founding members of the Yellowstone Gateway Business Coalition, at Emigrant Falls near Pray, Montana.   Photo © Kati Schmidt/NPCA.

A smirk appears on Bryan Wells’ heavily bearded face when I ask him if he considers himself an environmental activist. The pro-hunting, pro-logging, self-proclaimed conservative and owner of Emigrant Creek Cabins in Pray, Montana, has become one of the fiercest opponents of the large-scale gold mining operation that developers are seeking to advance just outside of Yellowstone National Park.

While “environmental activist” is not a title that Bryan traditionally attributes to himself, he explained, “All of the reasons to oppose the mines are so legitimate. They would destroy this community. It made it easy to speak up.”

I met Bryan in the spring of 2017, along with Chico Hot Springs owner Colin Davis and real estate professional Tracy Raich. The trio, who serve as some of the founding leaders of the Yellowstone Gateway Business Coalition, come from different backgrounds and might find themselves disagreeing on any number of topics, but there is one message that unites them: The gateway to Yellowstone National Park is no place for gold mines.

Bryan lives and operates his business just up the road from Chico Hot Springs in Pray, Montana. To fully understand his commitment to protecting this place, I climbed into Bryan’s truck and he drove me up his property line on a narrow and bumpy dirt road. Tree branches scraped the car’s side window as we traveled upstream along Emigrant Creek. As we drove, Bryan shared stories of his family, the land, and Nip and Tuck, the two baby goats that he is bottle-feeding and caring for in the hopes that they will become pack animals one day and join him and his grandchildren on outdoor adventures. The size of the rocks in the road and uphill grade increased as we continued along our journey, ending at a picturesque waterfall, where Bryan often hikes with his family and guests. We drove past springs of clean and cold-running water, dotted in places by watercress. Bryan often harvests the watercress for his family’s table, and laughed when I told him that would make for a $15 salad in my hometown of San Francisco.

But these public lands near Bryan’s home in Montana’s Park County are the targets of two industrial-scale gold mine proposals, which would threaten the national park, the clean water of the Yellowstone River and Emigrant Creek, the wildlife and the local economy.

Mining roots run deep here. Bryan’s wife’s family first moved to the region in 1873. She was one of 17 children born at home and raised to live off the land. Her family survived the Depression by placer gold mining up Emigrant Creek (“placer mining” is a method of using water to recover metals like gold from stream beds). “If they worked six or seven days a week, they could get enough gold to trade for groceries,” said Bryan. “They did it because they had to.”

Gold mine development proposals are not new to Bryan, and the recent proposal by Lucky Minerals is not the first time that developers, whom he describes as “really good salesmen,” have knocked on Bryan’s and his neighbors’ doors, looking to develop on their property, which edges on public land managed by the U.S. Forest Service. While Bryan’s wife’s family survived in the region by placer mining, times and technologies have changed. The proposal by Lucky Minerals would result in large-scale hard rock mining, where sulfite rich ore is pulled from deep within the ground. When these sulfide minerals are exposed to water and air, it results in acid drainage, putting the pristine stream that runs into the Yellowstone River at risk from contamination, which could harm the larger ecosystem and the wildlife that depend on it.

“I’ve always made fun of NIMBYs, so I struggled with the decision to speak out against the mine proposal,” said Bryan. After weighing past experiences with mining companies and thinking about the impacts that such an operation would have on his livelihood as well as that of friends and neighbors in the region, the decision was clear for Bryan. “Gold mines are historically short-lived, but Yellowstone tourism is dependable.” 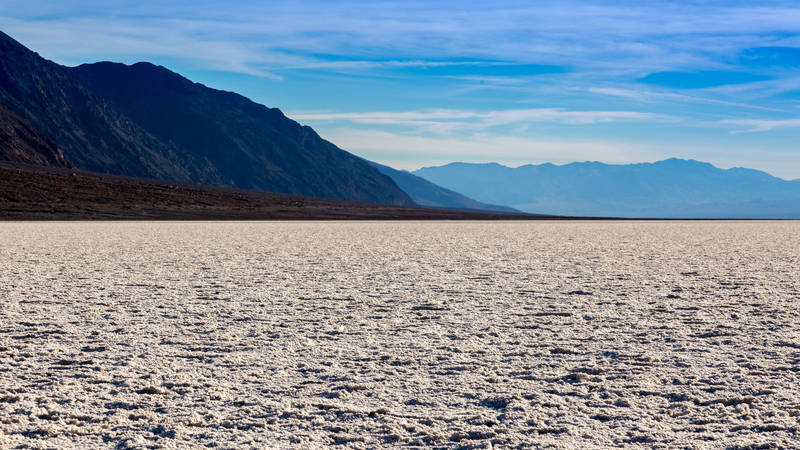 “The spectacular public lands, agricultural heritage, clean rivers and streams surrounding this area give the region a competitive advantage,“ said Tracy. "The lifeblood of our economy is tied to these high-quality natural resources.”

Back at Chico Hot Springs, Bryan, Colin and Tracy reflected on when they left their businesses and families to travel to Washington, D.C., to speak up for their community and way of life. In what was Bryan’s second time traveling east of Montana (and “way out of my comfort zone”) last spring, he boarded a train (the rest of the group chose to fly) to meet with elected officials and share their concerns. The group spoke on behalf of the Yellowstone Gateway Business Coalition, comprised of more than 340 local businesses that have joined together to protect the local economy from the two proposed gold mines. Their message was a simple one: Yellowstone is worth far more than gold.

During their meetings in D.C., the group asked members of Congress as well as leaders in the Department of the Interior and Department of Agriculture to withdraw the public land from mineral development – protecting private property rights, while ensuring the priceless landscape remains free from industrial-scale threats. The first major step toward victory came in November of 2016, when the U.S. Departments of Interior and Agriculture began a two-year time-out on gold exploration and mining on the public land near Yellowstone. This time-out ensures that no new mining activity will take place on the public lands while the Department of Interior and the Forest Service undertake a public process to determine whether to extend protection for these lands on Yellowstone’s doorstep for up to 20 years.

In the spring of 2017, Sen. Jon Tester took the next step toward protecting the lands, with his introduction of the Yellowstone Gateway Protection Act. The legislation provides a permanent solution to the mining threats facing more than 30,000 acres of public land bordering Yellowstone National Park — and the coalition members’ homes. And in March of 2019, the legislation passed in a sweeping, bipartisan public lands package.

“When your livelihood, your lifestyle — your home — is on the line, you take action,” said Colin. “People from the valley from all walks of life have come out in opposition. They love this place and want to stand up for their land.”

April 2020 Update: Bryan Wells is the star of the documentary ”Paradise,“ which chronicles his and others’ fight to protect their homes and livelihoods from mining threats.