Why I’m Speaking Out to Protect the Park I Love

Meridian Energy Group is just a few permits away from building a proposed oil refinery 3 miles from the entrance to Theodore Roosevelt’s namesake park, but economic growth in North Dakota does not have to come at the expense of one of America’s most special places.

In 1910, Theodore Roosevelt stated, “Of all the questions which can come before this nation … there is none which compares in importance with the great central task of leaving this land even a better land for our descendants than it is for us.” Today, as we celebrate the 70th anniversary of Theodore Roosevelt National Park, this comment still rings true – but now, it is shrouded in irony.

The last 10 years have challenged the sanctity of President Roosevelt’s namesake park in western North Dakota, a place that stands as a testament to our country’s conservation legacy and the very president who helped shape it. The park has faced obstacles in the form of drilling rigs, pump jacks, noise and traffic related to energy development projects outside its boundaries. And there are proposals for a river bridge near the park, a four-lane highway through the North Unit and other permanent infrastructure nearby. And if the biggest oil boom in the United States in the last 50 years was not enough for the park to endure, Meridian Energy Group is now proposing a 55,000-barrel-per-day oil refinery just 3 miles from the boundary of the park’s South Unit.

I can speak to how these obstacles have affected the park because my history with this inspiring place is long and special. I first saw Theodore Roosevelt National Park in 1973, from the backseat of my parents’ 1965 Buick Skylark. We started out on the loop road in the park’s South Unit, and I was amazed at the landforms. As we got farther into the park, I was even more enthralled, but my mother had the opposite reaction. She found it desolate and isolated. She asked to leave, and my father turned the car around. I thought, “I love this place and I will return some day.” Little did I know what the future would bring. 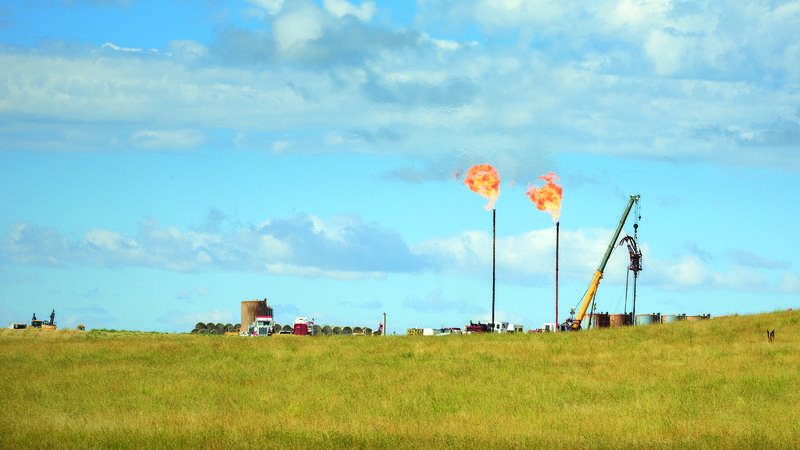 Fracking adjacent to Theodore Roosevelt National Park is changing the landscape. And a whole lot more.

Six years later, while paging through a booklet of volunteer opportunities with the Student Conservation Association, a job at Theodore Roosevelt National Park caught my eye. I applied and was soon offered the position, spending five summers in the park, first as a volunteer and later as a park ranger and graduate researcher during the oil boom of the 1970s and 80s. During that time, one of the park’s biggest concerns was the color of the pump jacks and tanks that could be seen from the park. Those impacts, while substantial, now seem relatively minor.

My early experiences in Theodore Roosevelt launched a 31-year career with the National Park Service. After a series of dream jobs in Organ Pipe Cactus National Monument, Big Bend National Park, Badlands National Park and others, I returned to Theodore Roosevelt National Park in 2003 as superintendent. It was a full-circle homecoming, returning to the park that launched my career. The park was still the amazing, beautiful, expansive wildlife haven I had remembered. But trouble was on the horizon, in the form of the region’s third oil boom.

The last four years of my time as park superintendent were largely occupied working both with and against oil companies, trying to achieve win-win situations that would allow for development while protecting the viewsheds and soundscapes and integrity of the national park. There were victories, failures and compromises. When I retired in 2014, the oil boom was beginning to release its grip on the North Dakota badlands. But this proposed refinery now looms at the park’s doorstep.

Meridian Energy recently submitted its request to the North Dakota Department of Health for an air quality permit. It has already received zoning approval from the Billings County Commissioners, and a water-use permit is pending. If the state of North Dakota issues the air quality permit and some wastewater permits, construction on the refinery could begin immediately. Meridian claims it will be a “clean” refinery — perhaps the cleanest ever built. But even if the proposed refinery somehow meets the stringent air quality standards required for a national park under the Clean Air Act, it should not be built so close to the park. Emissions from this facility would pollute the park’s air and threaten its dark night skies and scenic views. It would also be the first thing the majority of visitors would see as they approached the park.

In a famous call to action, Theodore Roosevelt encouraged individuals: “Do what you can, with what you have, where you are.” I don’t believe the American public wants an oil refinery within 3 miles of Theodore Roosevelt National Park, or any national park, for that matter — but fortunately, we can still do something about it.

Regardless of where you live, you can speak up for the park and tell Meridian Energy Group Chairman and CEO William C. Prentice to consider alternate locations in North Dakota. Interior Secretary Ryan Zinke, who proudly proclaims his admiration for Theodore Roosevelt, can join this chorus of opposition. Together, we can and must ensure that this area that inspired Theodore Roosevelt and still inspires so many people today is protected for future generations.