With the recent release of Skyfall, the new James Bond adventure, I’m reminded of how my love of the secret agent’s adventures and my passion for national parks led to writing a Bond-style thriller, set in Yellowstone National Park.

Unleashing Colter’s Hell tells the story of a single park ranger’s race to prevent an attack that could destroy the United States.

Let me back up a few years. 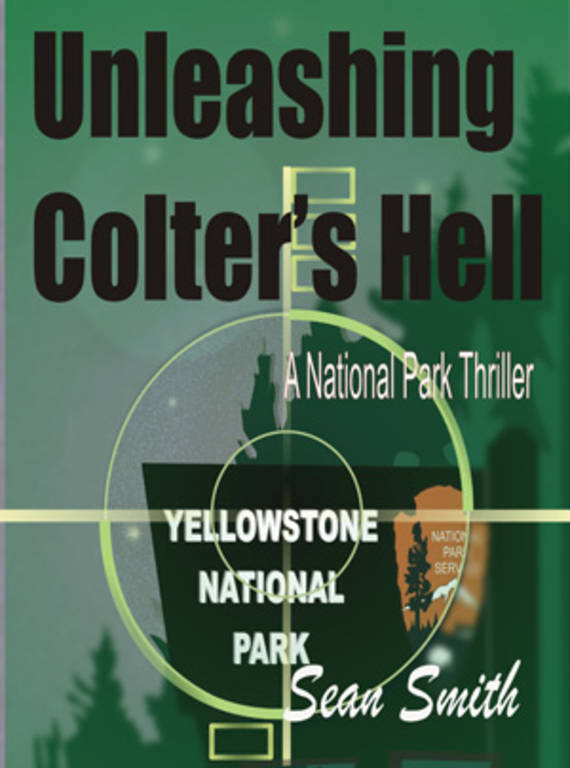 In 1997, I served as a seasonal ranger at Yellowstone’s West Thumb geyser basin. While at the park, I lived in a remote single-wide trailer without many modern conveniences like television. As such, I had countless hours for “bubblegum reading.” Some of my favorite novels were the James Bond spy thrillers. You could say thrillers are in my DNA, as my father named me after Sean Connery, the first actor to play the British spy. But the appeal of these stories runs deeper than my name; it’s their exotic locations, along with a compelling hero battling bad guys for the future of the world that captured my imagination.

Perhaps it was the isolation of the Wyoming wilderness or the lack of distractions, but as I read these books, a question occurred to me: Why wasn’t there an American equivalent to these master spy novels? America doesn’t lack exotic locations. I grew up traveling to nearly every state in the Union and visiting hundreds of the national park sites. I’d boated through the saw grass wetlands of the Everglades, tramped under the otherworldly stone arcs of Arches, and ridden horses through the wilds of Glacier. The United States in general and our national parks in particular have enough interesting locations for thousands of stories.

I wondered, who could serve in the place of James Bond? James Bond was a “jack of all trades.” His job required him to fly planes, rappel off of steep mountain slopes, drive high-performance vehicles, and even know exactly how a martini should be made: shaken, not stirred, naturally. In addition, Bond works for the well-known MI-6, Great Britain’s counterpart to the CIA. Bond was equally comfortable in the field and in the halls of power. 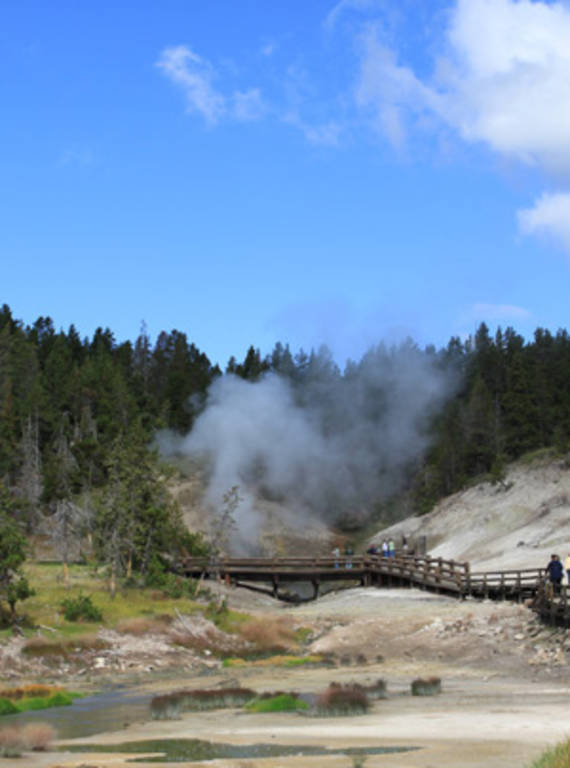 Whether it’s a sightseeing trip to Yellowstone’s geysers or a threat to national security, park rangers keep us safe.

Who in the federal government could hold a candle to the super spy? It couldn’t be someone in the FBI or CIA. Those archetypes have been explored before and even show up in several James Bond novels. No, it occurred to me I was looking for a park ranger. On any given day, park visitors could want to know the name of countless plants and animals, the thinking behind the park service’s wildfire management, or even a recommendation for the best nearby restaurant. A ranger has to know it all. But rangers also have to do it all. Rangers can be found tracking down dangerous fugitives on one day, while the next, they are helping to save endangered species such as grizzly bears or gray wolves. Like Bond, rangers fly planes, rappel off of mountains, and drive high-performance cars all in a day’s work. Some can even make an excellent martini.

Yes, a park ranger could make an excellent American version of the British agent. Now all that was needed was a story. James Bond battles international conspiracies and attempts at world domination. Obviously, national park rangers don’t face these types of dangers … or do they? Yellowstone is home to the world’s largest super volcano. Past eruptions have buried much of the eastern two-thirds of the country in dozens of feet of ash. If the volcano blew today, it could well be curtains for the country and world.  What if someone or some organization could trigger a volcanic eruption? Voila! I had my location, hero, and a compelling threat, a great story idea.

In 2009, with the gentle prodding of my writing coach, I began working on the novel. Over the next three years, I wrote more than 70,000 words, produced several drafts and rewrites, and finally published the thriller in August of this year: Unleashing Colter’s Hell. (Shameless plug: You can find it here.)

Thankfully, the Yellowstone attack in my novel is pure fiction. But if it weren’t, I know America’s park rangers would be up to the challenge.