Denali’s Wolves Should Be Seen, Not Hunted

Wolf sightings have been in decline at Denali for the last six years, but restoring hunting and trapping regulations in one key region can help these majestic animals rebound.

Two years ago, I took a special trip with my daughter, Emma, who was 15 at the time and obsessed with wolves. Emma has spent her whole life in Alaska, where we are surrounded by large, rugged landscapes that are home to some of the most spectacular wildlife populations you can find anywhere in the world. But she had never seen a wolf in the wild before — and it had been decades since I’d seen one myself.

So, we picked the perfect spot and packed our binoculars. We waited until sunset, one of the best times to see these animals. Emma even threatened to wake me up at 3 a.m. the following morning if we didn’t spot any on our first trip out — despite being a typical teenager who hated mornings and loved to sleep in.

Fortunately, it didn’t come to that. Without much trouble, we ended up seeing not one but two different wolf packs that evening — a total of nine wolves in all! We watched them for nearly two hours as they played together and hunted pronghorn antelope. It was breathtaking to observe these majestic animals wild in their native landscape. Needless to say, Emma was speechless.

The trouble with all of this? We left our home state of Alaska and traveled thousands of miles to Yellowstone National Park for this extraordinary experience. We live about five hours from Denali National Park, one of the largest intact landscapes in the world, and we have visited the park many times, but Emma has never seen a wolf there.

It hasn’t always been this difficult. Wolf populations have been in decline at Denali over the last six years due to the way the state of Alaska manages a small tract of land in the eastern section of the park — an area known as the “Wolf Townships.” The state owns this land adjacent to Denali, and the parcel provides significant wolf habitat. Caribou, a prime food source for wolves, move to this parcel in the winter because it is lower in elevation and protected from the elements; as the caribou move, the wolves follow them.

Recognizing the significance of this habitat, the state put a restriction banning wolf hunting and trapping there for 10 years, between 2000 and 2010. This safety zone was helpful, but only protected a portion of the wolves. At the end of the 10-year period, NPCA, NPS and our allies asked the state to create a bigger protected area. Instead of expanding the safety zone, or even keeping it the same size, the state reversed it altogether and began permitting wolf hunting and trapping in the region again, as hunting regulations on state lands in Alaska became more liberalized. To top it off, the state put a six-year moratorium on even discussing the issue. That moratorium ends in February, and NPCA is committed to fighting to restore this protected area as a haven for Denali’s wolves.

#{image.caption}
A map of the proposed safety zone where wolf hunting and trapping would be prohibited on state land adjacent to Denali National Park and Preserve. Click to enlarge.   Map © Denali Citizens Council.

NPCA does not oppose all hunting. In this instance, however, the need is significant. In 2010, visitors had a 45 percent chance of seeing a wolf along the Denali Park Road, whereas in 2015, the odds had plummeted to just 5 percent. To be clear: This is a long-term problem. The numbers were likely low before the Park Service began keeping count, and before the hunting restrictions were enacted. The safety zone had a real effect helping the animals survive and recover during the decade it was enforced. 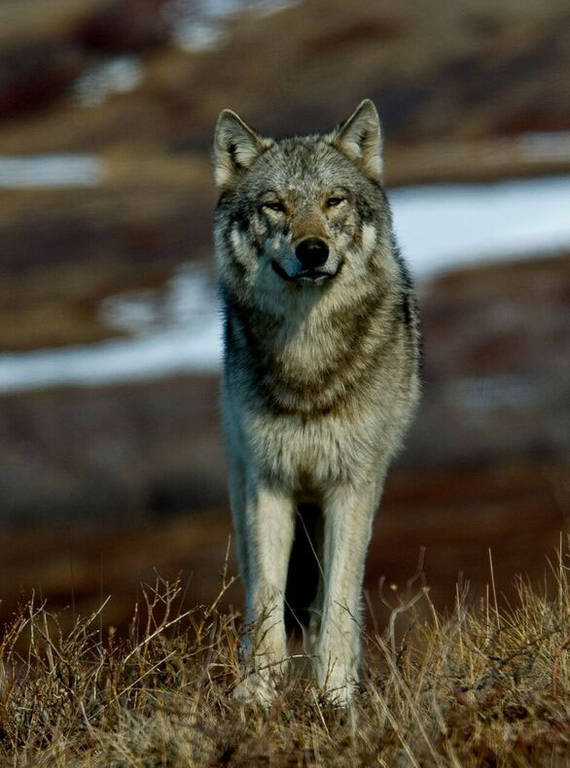 A wolf in Denali National Park.

Protecting Denali’s wolves should not just be a concern for the Park Service. Tourism is one of Alaska’s top industries, and wildlife-watching is one of the biggest reasons people travel great distances at great expense to book hotels and tour guides in the area. It is a benefit to everyone, including Alaskans, who also love these animals and reap the tourism benefits, too. In 2015 alone, Denali visitors contributed $500 million to the local economy.

These wolves are also important to science. Denali is one of the best places where researchers can study these predators and their relationships to prey in their natural habitat. One wolf family in particular — the East Fork Pack — has been studied continuously since the 1930s, and as of last spring, the pack was down to one pregnant female whose fate is unknown. Wolves are highly social and have some of the most sophisticated forms of cooperation known in the animal world. Loss of entire packs often means unique hunting techniques, traditions and behaviors are lost forever.

When Emma and I went to Yellowstone, we saw wolves that the Park Service had reintroduced to their native landscape. Here in Alaska, we still have a beautiful, large, intact natural environment. We should do everything we can now to keep them healthy and thriving.

Please take action to help the Wolf Townships live up to their name and become a true haven for these special animals again. I would love for my daughter to see her next wolf here in Alaska, and for Denali’s millions of other visitors to continue to be able to witness them, too.