From Montana to Qinghai

In July 2011, I received an unexpected email from someone named Lisong Ni. I’m glad I did.

Lisong is part of a small group of people working to create a new national park in China’s Qinghai Province. He contacted me because of my experience in Wyoming and Montana, including Yellowstone National Park, an area similar geographically and geologically to China’s Qinghai Province. After a year of corresponding and a site visit to Montana and Yellowstone from the working group in 2011, I was invited to China in September to help assess the area’s natural, historic, and cultural resources, and to discuss management options for the soon-to-be-created Kunlun National Park.

When I stepped off the plane in Xining, China, it was clear I was in a different world. 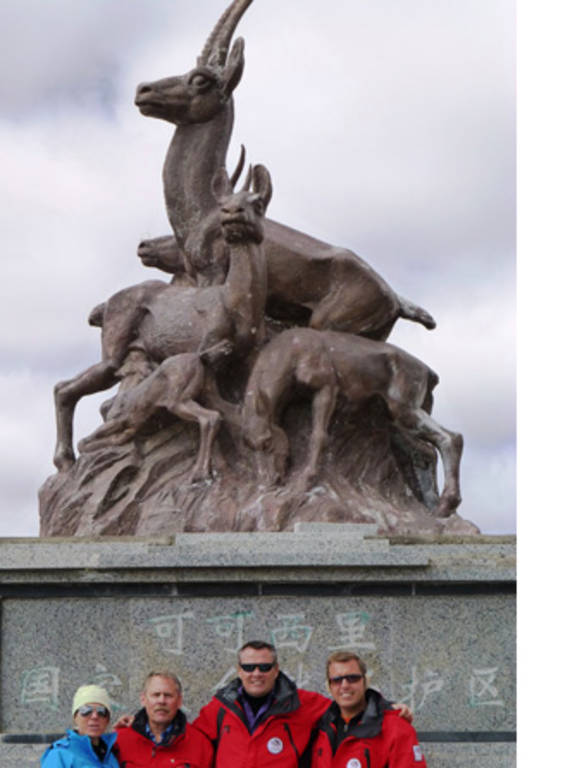 The author, at left, poses with other Americans on the trip in front of an antelope statue in Tibet.

The Qinghai Province is China’s most diverse–Tibetan, Mongolian, and Muslim people all call the region home. The area is similar to Montana, Wyoming, Colorado, and Utah, except that 19,000-foot mountain peaks, high plains, sheep herders, wild yaks, camels, temples, monks, and small farms dot the landscape.

The Qinghai Province is the least-populated of all Chinese provinces. The region contains vast reserves of oil and gas, rare minerals, and tremendous energy potential. China sees Kunlun National Park as a way to make great contributions to the global economy, protect natural resources, provide environmental education, and increase the living standards for people in the region.

The park would also protect wildlife and wildlife habitat. Similar to Yellowstone’s northern pronghorn, Tibetan antelope experienced a population decline in the early 1900s. Millions of these animals once roamed the high Tibetan plateau; now herd numbers are in the thousands.

One reason for the population decline is illegal poaching. Another is fencing. When Tibetan sheep herders corral their animals, the fencing keeps sheep in, but does not allow wildlife to move easily across the landscape.

For the past eight years, I’ve worked with landowners, ranchers, land management agencies, and volunteers throughout southwestern Montana, altering and removing fences like this. As China changes and evolves, I am hopeful their fencing practices will too. 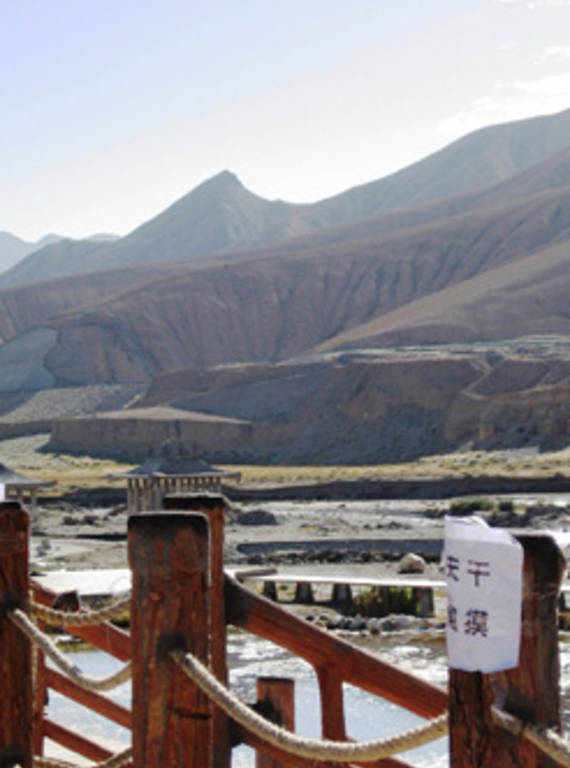 The site of the future visitor center at Kunlun National Park.

My experiences in the Kunlun Mountains and in the valleys of the Qinghai province were life-changing. I met people on their land, listened, and communicated without speaking a word of Mandarin. I learned that despite our so-called differences, most people want the same things: to share the natural world with curious souls and protect wildlife’s place on the landscape.

The people working to create Kunlun National Park believe in honoring the culture, history, and natural wonders of the Qinghai Province, improving lives for people who call this region home, and setting aside big areas of wild country for wildlife to thrive in and for people to enjoy. I believe in the Kunlun National Park project and look forward to seeing how this project unfolds.