The Power of One

A generous donor saves 30 acres from development in Zion National Park — but the fight to continue preserving vulnerable lands like these continues.

It can be a shock to look out at the vast beauty of Zion National Park and spot a giant home built right in the middle of the scenic canyon landscapes that make this part of the country so iconic and inspirational.

Fortunately, one plot of land will be saved from this kind of inappropriate development. Earlier this month, Zion received an important gift: a 30-acre “inholding”—private property that is completely surrounded by park land—that will be donated to the National Park Service, thanks to an anonymous benefactor. Had the generous donor not secured this piece of land, it could have been sold to a private landowner who would have potentially built one or more trophy mansions there, spoiling the scenic beauty that draws nearly 3 million visitors to the park each year. There are plenty of scenic locations available in Utah for private homes, but inside a national park, especially one as prized for its unique beauty as Zion, should not be one. 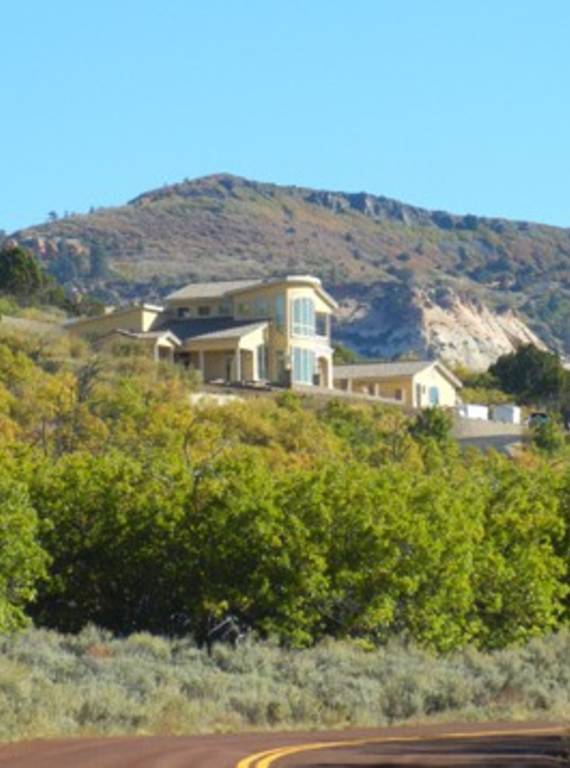 An example of a trophy home that a private landowner built within Zion National Park in the last year.

Unfortunately, this single action does not save Zion, or dozens of other national parks across the nation, from inappropriate development. Already, expanded developments and at least one trophy home have been built on inholdings inside Zion, and other landowners are looking to liquidate private land inside the park.

Preventing these properties from being purchased by developers more interested in cashing in on the location than preserving the larger integrity of places like Zion was a primary reason the Land and Water Conservation Fund (LWCF) was first created by Congress in 1965. The LWCF is a bipartisan commitment to set aside $900 million each year from offshore oil and gas drilling revenues—a fraction of the royalties collected—to invest in land and water conservation. Specifically, the fund is used to purchase land to protect national parks and other public lands from development, and to provide matching grants for state and local parks and recreation projects. These purchases, which are made at market prices with willing sellers, preserve the beauty and integrity of national parks and other treasured publicly owned places, which in turn attract visitors and power local and state economies. These purchases can ensure public access, facilitate or improve recreational opportunities, reduce threats from invasive species and fire, and otherwise act as a critical tool for land protection.

But for years Congress has diverted LWCF funds for other uses, leaving national parks in jeopardy. Due to this lack of funding, the National Park Service is not able to protect the nearly 12,000 private inholdings inside national park units across the country. And while there are some people out there, like the donor for the Zion land, that are able to help with specific pieces of property, there are nowhere near enough private donations to protect all of the properties from construction of luxury homes or other developments. 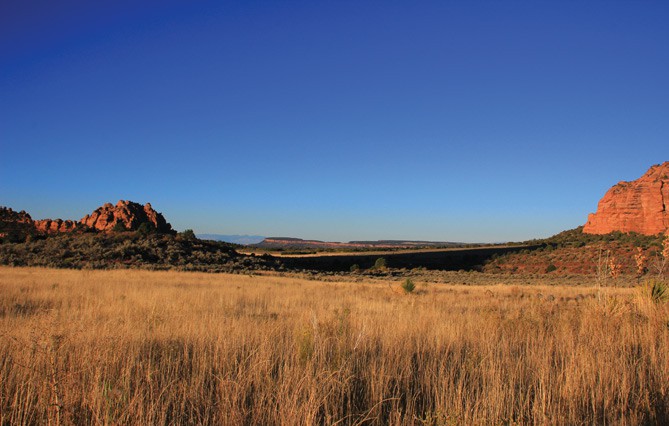 As the National Park System nears its 100th anniversary in 2016, it is an ideal time to restore the parks to their peak glory and to make sure they have the tools and funding in place to preserve them for generations of Americans to come. This means making sure there are enough LWCF funds to secure some of the many properties that are endangered.

In the nearly 50 years since LWCF was established, Congress has only fully funded it at $900 million once, and in the past ten years Congress dedicated less than 30 percent of the dollars promised to federal and state land acquisition while diverting $6.36 billion for other purposes. All of this is despite 88 percent of the American public supporting the use of LWCF funds to preserve our national parks, forests, and open spaces. In the 2013 budget, the Obama administration proposed LWCF funding at $450 million while the U.S. House of Representatives proposed only $66 million in its budget—which, if approved, would be the lowest level in the history of LWCF.

While we pause to celebrate the power of one person to make a tangible difference to protect the stunning beauty of Zion, we also know it will take a commitment of Congress to protect lands like this in the future.