As the nation prepares for the official centennial of the National Park Service, President Barack Obama has officially designated more than 87,500 acres of land along the East Branch of the Penobscot River in Maine as the Katahdin Woods and Waters National Monument. The site’s vast boreal forests, abundant wildlife and wild rivers make it an exceptional new addition to the National Park System. 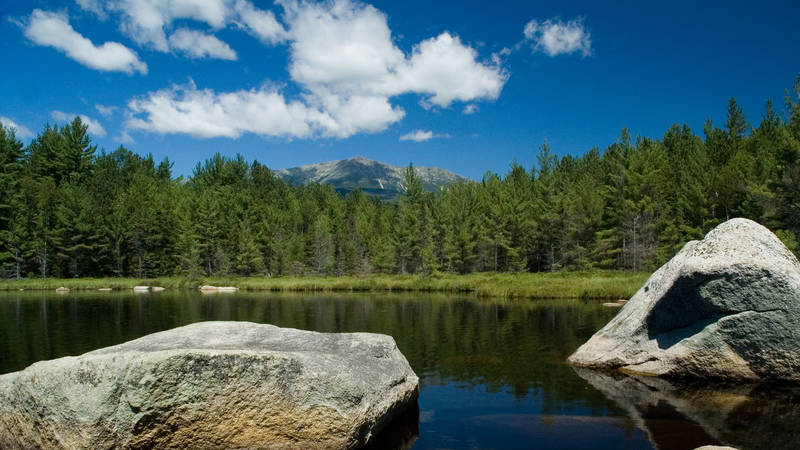 New Monument in Maine’s Spectacular North Woods Is Under Threat

In August 2016, President Barack Obama designated more than 87,500 acres of land along the East Branch of the Penobscot River in Maine as the Katahdin Woods and Waters National…

NPCA has been working for more than four years with Elliotsville Plantation Inc. (EPI), the foundation that donated the land, to advocate for its protection. In addition to the lands themselves, EPI will provide a $40 million endowment to support the future operation of the monument — the first large gift of its kind in the history of our national parks.

It is fitting that our newest national park site preserves a vast tract of privately donated land in Maine. Just one month before the creation of the National Park Service in 1916, Woodrow Wilson designated the site that would eventually become Acadia National Park (known then as Sieur de Monts National Monument), which has since become one of the most beloved national parks in the country. Now, Maine’s wild terrain and rich heritage are symbolically linked to the beginning of the park system’s first century — and its second.

The central feature of the new monument is the East Branch of the Penobscot River, a traditional transportation corridor of the native Wabanaki people of the region, as well as a critical part of the area’s logging history, once used to float logs downstream to cities and towns. Vast forests surround the river with a diverse mix of tree species, including maple, oak, ash, beech, birch, aspen, spruce, fir and hemlock. The topography of the monument includes deep river valleys, dramatic flood plains and curious geologic features, including lava flows and “rock conglomerates” — formations made up of different types of Appalachian rock fragments dating back millions of years.

Protection of the monument has long been a personal passion for EPI President Lucas St. Clair. He and his twin sister took trips through-hiking the Appalachian Trail shortly after graduating high school. The trail’s northern terminus is Mount Katahdin in Baxter State Park, Maine’s highest mountain and one of its most celebrated landmarks, now adjacent to the new national monument. But when St. Clair hiked through the region as a teenager, he was surprised at how it didn’t feel like a true wilderness due to the active logging operations in the area. His mother, Roxanne Quimby, co-founder of the popular personal care product company Burt’s Bees, began acquiring land as it became available to help protect and restore its natural character, and the family has continued purchasing and preserving these forests and waters for the past 18 years.

The result is a park that captures a distinctive part of Maine’s beauty and history. 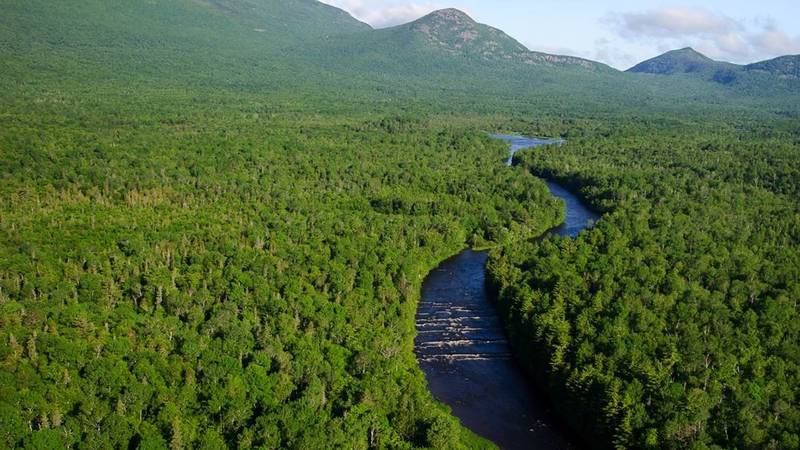 A generous land donation would pave the way for the creation of the new Maine Woods National Monument. Don’t believe these 4 myths about the proposed park.

Celebrated author and naturalist Henry David Thoreau made the East Branch of the Penobscot River famous in 1864 when he published “The Maine Woods,” three essays describing trips he had made with Wabanaki guides between 1846 and 1857, celebrating the character of the region.

“This landscape influenced some early conservation thinkers in a pretty profound way,” said St. Clair, noting that in addition to Thoreau, a young Theodore Roosevelt also spent time there before ranching in the badlands of North Dakota. At his mother’s urging, Roosevelt traveled as a college junior to northern Maine, crossing the East Branch of the Penobscot River and Wassataquoik Stream with a guide, hiking, hunting, fishing and eventually climbing Mount Katahdin.

These days, trekking through this rugged part of Maine is much easier than it used to be. Though the park currently has only two access points, EPI has been developing and improving a number of trails and facilities over the last five years, with the help of the Maine Conservation Corps and the Student Conservation Association. The work involved flying over the land to find high points and interesting features and working with local residents to learn where exceptional views and natural areas existed. A 20-mile loop road offers great views of Mount Katahdin and the Wassataquoik Valley and is an ideal starting point for first-time visitors.

St. Clair has his own favorite spots, of course. “Probably my very favorite is the Wassataquoik Stream and Orin Falls,” he said. “It’s just such a special wild river. It’s totally unique to Maine. It’s undammed and has very little access to it and just feels like a very wild and remote place — and there are great swimming holes.”

#{image.caption}
Haskell Rock and Haskell Pitch on the East Branch of the Penobscot River on the north end of the new national monument.   Photo courtesy of Margaret Bremermann.

“I also love the north end of the park,” he continued. “When the East Branch of the Penobscot enters the park, coming out of Grand Lake Matagamon, it takes this series of really large pitches and falls — really dramatic whitewater falls. … There’s so much kinetic energy from this big wild and rumbling river.”

St. Clair’s vision for the future of the park is not much different from how it is now — he just wants to see more people visit.

“Just two hours down the road to the southeast is Acadia, which this year is on track to get over 3 million visitors,” he said. “What the North Woods and the interior of Maine offer is some of the iconic megafauna that the state is known for like moose and lynx. You don’t see those things in Acadia. It’s an opportunity to come visit Maine and see the real diversity in landscape, from a rugged granite coastal experience to vast inland forests.”

#{image.caption}
The boreal chickadee, one of the species birders can find at Katahdin Woods and Waters National Monument.   Photo © Paulreevesphotography/Dreamstime.

“This park will protect breeding habitat for a lot of very rare, sought-after species,” he explained, noting that gray jays, boreal chickadees, American three-toed woodpeckers and a number of warbler species all nest in this boreal forest — and in no other American national park site in the East.

Today’s designation is the culmination of years of working with area residents and local, regional and national groups to participate in conversations with the Obama administration about the future of this land. Administration officials developed the plan for the park site from those comprehensive conversations, and St. Clair is hopeful for the future.

“What we love about the Park Service is its mandate to conserve unimpaired for future generations’ enjoyment. We hope this landscape stays conserved and set aside for people to come and enjoy in the future,” he said. “We’d love to see the local communities around the monument benefit from increased visitation and capitalize on these natural resources that they’re so lucky to be near.”