Trivia Challenge: The Longest Stretch of Undeveloped Barrier Island in the World

Q: Barrier islands make up about 10 percent of the world’s coastline, and the United States has the greatest number of them with more than 400. The U.S. also holds the world record for the longest stretch of undeveloped barrier island, which happens to be located in a national park. Can you guess which park?

A: Padre Island National Seashore, located off the coast of South Texas, includes 65.5 miles of undeveloped coast on the Gulf of Mexico, representing about half of a percent of the world’s total barrier island length. Padre Island originally formed as a submerged sand bar about 5,000 years ago, and the tip rose above water about 1,000 to 1,500 years later. Geologists continue to debate how the barrier islands formed, but the prevailing theory is that a tongue of sand extending from the shoreline gave rise to a string of inlets that later combined to become Padre Island.

Barrier islands protect the mainland from storms, and storms shape these islands in the process. Hurricanes and wind carry Padre Island’s sand to the western—inland-facing—side, slowly encroaching on Laguna Madre, a shallow lagoon of very salty water that separates the island from the mainland. The northern half of the island, which is located in the park, is currently in equilibrium, meaning that the influx of sediment offsets erosion. The island will probably eventually retreat toward the land under the combined action of tropical storms, rising sea levels, and a decrease in new sediment. 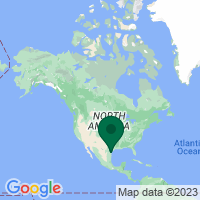 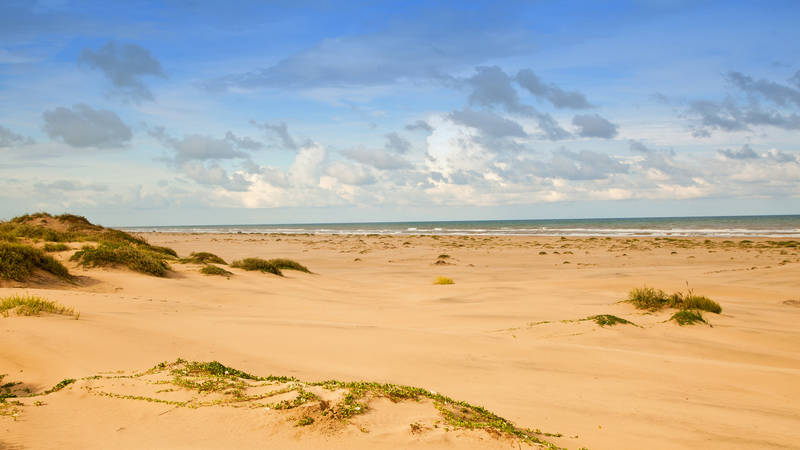 Travelers might not picture stunning beaches and undisturbed lagoons, marshlands, and coastal prairies when they think of Texas, but Padre Island National Seashore preserves the largest undeveloped barrier island in…

The national seashore is undeveloped, but that doesn’t mean it’s been deserted. Recent analysis on arrowheads and spear points found on the island suggests that it was visited—if not inhabited—by Native American people starting around the time the island was formed about 5,000 years ago. Spaniards came to know the island intimately when no fewer than three of their ships were wrecked there during a storm in 1554. In 1804, Padre Jose Nicolas Balli, who gave the island its name, was given a land grant to start ranching there and used the island to raise cattle, sheep, and horses. Ranching became the main activity until oil exploration started in the 1950s. The Navy also used the area as a bombing range until decommissioning it in 1966, two years before Padre Island National Seashore was established.

The island is prime habitat for birds, and almost half of all documented bird species in North America have been sighted in the park, including endangered ones such as the northern aplomado falcon and black-capped vireo. One of the main reasons is that Padre Island is located on the Central Flyway, a primary migration route for birds on their way to and from Central and South America. Another is the island’s variety of habitats, which include wind-tidal flats, coastal prairie, and dunes.

Padre Island is also home to all five of the turtle species present in the Gulf of Mexico, including the Kemp’s ridley sea turtle—the most endangered sea turtle in the world. Since the 1970s, the park has taken an active role in helping the turtle’s recovery. The Division of Sea Turtle Science and Recovery—the only group of its kind in the National Park System—tracks the turtles’ movement by satellite, conducts research into the effect of temperature on hatchlings, and studies where the animals go to forage. Staff also protect nesting females and move nests to protected areas away from predators and vehicles. Eggs are monitored until they hatch.

Some of the hatchling releases are public. While there is no regular schedule, most take place between mid-June and August at 6:45 a.m. on the beach in front of the park’s visitor center. Releases are set to coincide with a state of frenzy that hatchlings enter soon after they emerge from their eggs. Visitors are asked not to wear white clothing as it could confuse the fledgling turtles, which rely on the white foam of the waves to find the water. It can take up to 45 minutes for the turtles to make it to the water, and volunteers sometimes shoo away birds looking for a breakfast snack. If you’re planning to attend, check the hatchling hotline at 361.949.7163 or the turtle program’s Facebook page.