How a child's first visit to the Grand Canyon seeded a life-long path.

#{image.caption}
The author (center) on her first visit to Point Sublime.   Photo courtesy of Lauret Savoy.

This was in those ancient days when a Coupe de Ville could negotiate the unpaved miles with just a few dents and scrapes. My father had driven through the Kaibab Plateau’s forest on Arizona Highway 67 from Jacob Lake, Momma up front with him. No other headlights cut the dark. I sat in the back seat with Cissie, my dozing 18-year-old cousin. Our Kodak Instamatic ready in my hands, cocked. For two hours or more we passed through shadows that in dawn’s cool arrival became aspen-edged meadows and stands of ponderosa pine. Up resistant limestone knolls, down around sinks and ravines. Up then down. Up then down. In time, through small breaks between trees, we could glimpse a distant level horizon sharpening in the glow of first light. 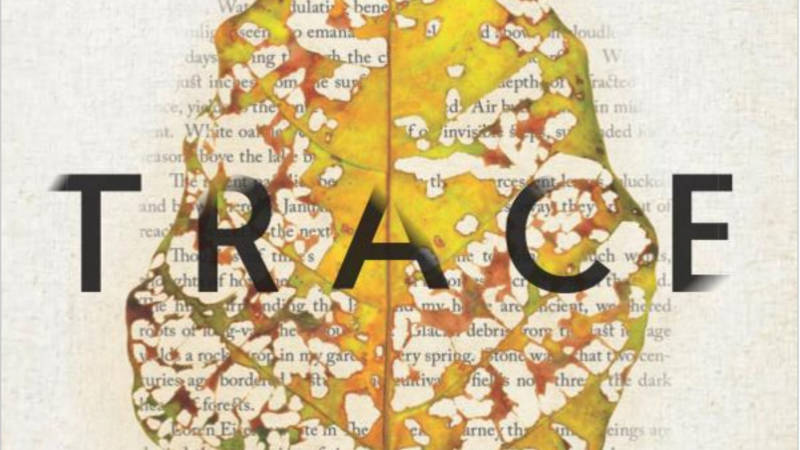 Decades have passed, nearly my entire life, since a seven-year-old stood with her family at a remote point on the North Rim. I hadn’t known what to expect at road’s end. The memory of what we found shapes me still.

Point Sublime sits at the tip of a long promontory that juts southward into the widest part of the canyon, a finger pointing from the forested Kaibab knuckle. It was named by Clarence Edward Dutton and other members of geological survey parties he led between 1875 and 1880. Dutton thought the view from the point was “the most sublime and awe-inspiring spectacle in the world.”

The year the Grand Canyon became a national park, in 1919, more than 44,000 people visited, most of them arriving by train to the South Rim. On the higher and more remote North Rim, those daring could try rough paths over limestone terrain to Cape Royal, Bright Angel Point, and Point Sublime.

The park now draws about five million visitors each year. The 17-mile route to Point Sublime remains primitive, and sane drivers tend not to risk low-clearance, two-wheel-drive vehicles on it. Sometimes the road is impassable. Still, the slow, bumpy way draws those who wish to see the canyon far from crowds and pavement, as my father wanted us to do those many years ago.

#{image.caption}
The author at Sublime Point as an adult.   Photo courtesy of Lauret Savoy.

None of us had visited the canyon before that morning. We weren’t prepared. Neither were the men from Spain who, more than four hundred years earlier, ventured to the South Rim as part of an entrada in search of rumored gold. In 1540 García López de Cárdenas commanded a party of Francisco Vázquez de Coronado’s soldiers who sought a great and possibly navigable river they were told lay west and north of Hopi villages. Led by Native guides, these first Europeans to march up to the gorge’s edge and stare into its depths couldn’t imagine or measure its scale. Pedro de Castañeda de Nájera chronicled the expedition:

“They spent three days on this bank looking for a passage down to the river, which looked from above as if the water was six feet across, although the Indians said it was half a league wide. It was impossible to descend, for after these three days Captain Melgosa and one Juan Galeras and another companion, who were the three lightest and most agile men, made an attempt to go down at the least difficult place … They returned about four o’clock in the afternoon, not having succeeded in reaching the bottom on account of the great difficulties which they found, because what seemed to be easy from above was not so, but instead very hard and difficult. They said that they had been down about a third of the way and that the river seemed very large from the place which they reached, and that from what they saw they thought the Indians had given the width correctly. Those who stayed above had estimated that some huge rocks on the sides of cliffs seemed to be about as tall as a man, but those who went down swore that when they reached these rocks they were bigger than the great tower of Seville.” 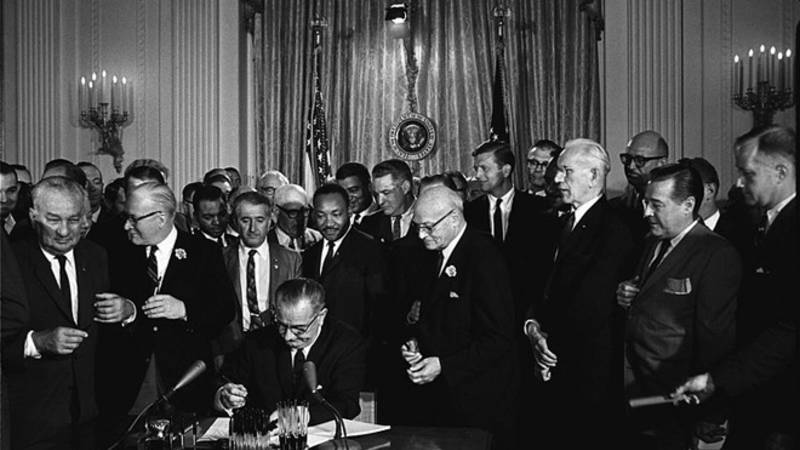 This summer marks the 50-year anniversary of two landmark pieces of legislation—the Civil Rights Act and the Wilderness Act—that are linked more closely than they might seem.

Writing more than three centuries later, Clarence Dutton understood how easily one could be tricked by first views from the rim. “As we contemplate these objects we find it quite impossible to realize their magnitude,” he wrote. “Not only are we deceived, but we are conscious that we are deceived, and yet we cannot conquer the deception.” “Dimensions,” he added, “mean nothing to the senses, and all that we are conscious of in this respect is a troubled sense of immensity.”

Point Sublime holds a prominent place in Dutton’s Tertiary History of the Grand Cañon District, the first detailed written account published by a fledgling U.S. Geological Survey in 1882. The work shows a science coming of age. For in the plateau and canyon country, aridity conspired with erosion to expose Earth’s anatomy. The land’s composition and structure lay bare. Though terrain was rugged and vast, equipment crude or lacking, these reconnaissances tried to sketch plausible models for land-shaping forces. Clarence Dutton gazed out from the North Rim at Point Sublime to describe the grand geologic ensemble: the great exposed slice of deep time in canyon walls, the work of uplift and erosion in creating the canyon itself. Dutton also brought his readers to the abyss’s edge to see with new eyes.

While residents of eastern landscapes might have spurned canyons and deserts as irredeemably barren, Dutton’s words and vision helped change the terms of perception. That is, for an audience acquainted with particular notions of the sublime and nature, an audience with the means, time, and inclination to tour.

What did my family bring to the edge and how did we see on that long-ago morning? I’ve wondered if the sublime can lie in both the dizzying encounter with such immensity and the reflective meaning drawn from it. Immanuel Kant’s sublime resided in the “power in us” that such an experience prompted to recognize a separateness from nature, a distance. To regard in the human mind an innate superiority over a natural world whose “might” could threaten flesh and bones but had no “dominion” over the humanity in the person. Yet, in Kant’s view, neither I nor my dark ancestors could ever reach the sublime, so debased were our origins.

We had little forewarning of where the Kaibab Plateau ended and limestone cliffs fell far away to inconceivable depth and distance. The suddenness stunned. No single camera frame could contain the expanse or play of light. Canyon walls that moments earlier descended into undefined darkness then glowed in great blocky detail. As shadows receded a thin sliver in the far inner gorge caught the rising sun, glinting—the Colorado River.

I felt no “troubled sense of immensity” but wonder—at the dance of light on rock, at ravens and white-throated swifts untethered from Earth, at a serenity unbroken.

A dear friend once said that to see the canyon even once “is never to be free of it” and to step into it “is to live that step the remainder of one’s days.” Yes. The view from Point Sublime illuminated a journey of and to perception, seeding my lifelong passion for Earth’s textures and antiquity. Though the North Rim was just one stopping place for my family on one of many journeys, still bright and defining in memory are those moments I stood on that edge, a small child with a Kodak Instamatic in hand.