An expensive highway-widening project would irreversibly harm more than a hundred acres of parklands, putting taxpayers at risk without solving the region's traffic problems. 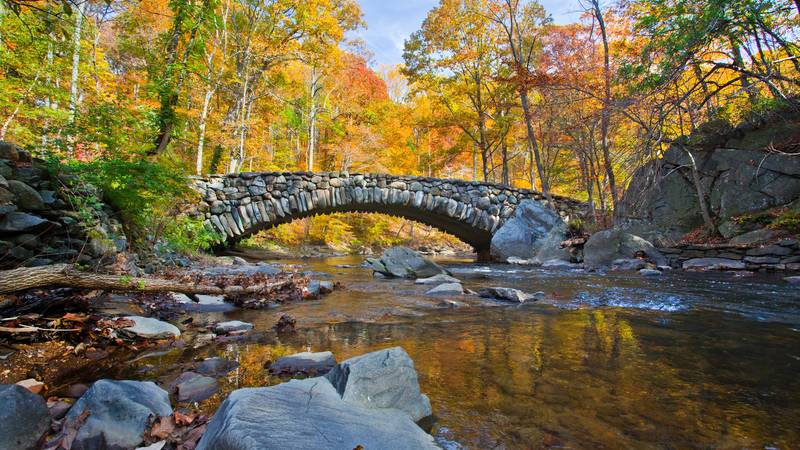 Please join NPCA staff and representatives from the Rock Creek Conservancy and Maryland Sierra Club on Tuesday, September 8, to learn how to speak out against this harmful proposal.

In 2017, Maryland Governor Larry Hogan proposed building a massive expansion of Interstates 270 and 495 that would add four lanes to both roads and replace a bridge over the Potomac River. During the summer of 2020, the state released its draft environmental impact statement for the project. The statement highlights a project riddled with environmental and community concerns while having a questionable impact on traffic reduction.

These parks would lose woodlands, nature trails and recreational sites, as well as habitat for wildlife and endangered plants. In total, 1,500 acres of forest canopy would be lost, nearly 30 miles of streams would be affected, and four acres of wetlands would be filled. The project would also create an additional 550 acres of new pavement in the region, increasing polluted stormwater runoff in Rock Creek Park and the Chesapeake Bay.

If Governor Hogan widens Maryland’s highways, it would:

The total price tag for the project is estimated near $10 billion, plus an estimated $2 billion to move water and sewer pipes.

Hogan wants to enter Maryland into a public-private partnership with a for-profit company to pay for the project — a model that has repeatedly failed and put taxpayers at risk. In Hogan’s proposal, the private company would design, build, finance, operate and maintain the highway expansion without financial assistance from the state. The company would then recoup its costs by collecting tolls from the project.

But if the public-private partnership goes bankrupt, as many similar partnerships have, there is a real risk that taxpayers will be left footing the bill for the expensive and unnecessary project, and that the $2 billion cost to move water and sewer lines could be passed on to ratepayers. The draft environmental impact statement acknowledges that all the considered alternatives would run a deficit under high-cost scenarios, requiring up to $1 billion in state subsidies.

Local leaders in Prince George’s, Frederick and Montgomery Counties have all voiced concerns about the scope and effectiveness of the project. However, the Maryland Board of Public Works voted to approve the project in early 2020, despite lacking a full understanding of its economic and environmental impacts.

Thankfully, there are numerous alternatives that do not involve paving parks and polluting waterways. Using transportation demand management, expanding reliable transit infrastructure, and encouraging transit-oriented land use are fundamental first steps. Federal law requires the state to consider all feasible and prudent alternatives and to minimize harm to our parks and historic sites. This proposal, as written, does not meet those requirements.

NPCA calls on the Maryland Department of Transportation to reject the proposed highway expansions and embrace sustainable transportation solutions to address the region’s traffic problems. A continuous cycle of highway expansion does little to relieve traffic in the long-term while causing permanent damage to the parks we love.