Preserve the History of Amache

NPCA supports creating a new national park site to preserve a the story of Amache, where thousands of people of Japanese descent were unconstitutionally incarcerated.

During the first months of World War II, the United States initiated the single largest forced imprisonment in its history when President Franklin D. Roosevelt issued an executive order forcing more than 120,000 people, primarily of Japanese descent, to relocate to 10 remote, military-style prisons. The Granada Relocation Center in the southeast corner of Colorado, known as Amache, was one of these 10 incarceration centers.

Two-thirds of the people at Amache were American citizens. Most had never been to Japan. Many others were first-generation Japanese elders who had immigrated from Japan and were denied U.S. citizenship for decades. Most were given a week or less to dispose of everything they owned, with no idea where they were going or what would happen. Only one thing was clear: They were not welcome in California, Oregon or Washington because they had Japanese faces and names. 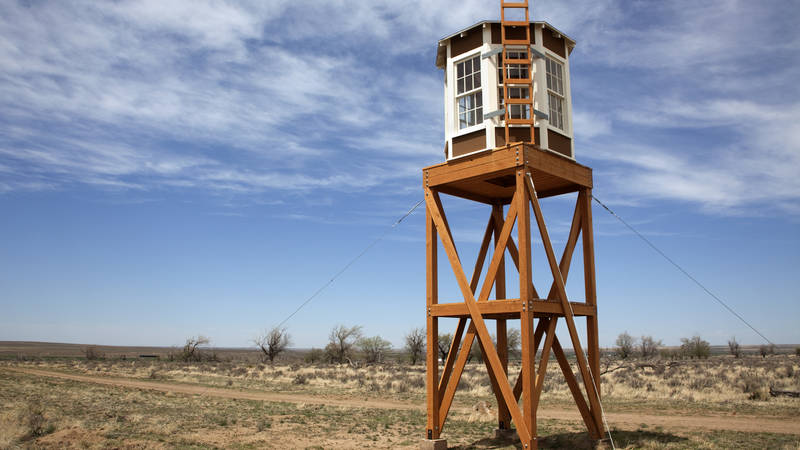 Amache: An American Story That Must be Told

An interview with Mitch Homma, whose family members were incarcerated at Amache during World War II simply because of their Japanese ancestry.

Even amid this tragedy, the people imprisoned at Amache created an entire town and established a form of democratic self-governance. Many even volunteered to serve in the military during the war — nearly 10% of people at the site, the highest percentage of all the incarceration camps.

Yet Amache was unmistakably a prison. People lived in trauma, with a constant presence of armed guards, barbed wire and shoddily built barracks with interior walls that didn’t fully touch the ceilings and flimsy windows that allowed snow and dust to blow inside. For many, a sense of family unity was destroyed. Several of the older generation who suffered at Amache died before the U.S. government issued reparations and never received an apology.

NPCA, the Amache Preservation Society and other partners are committed to creating a national park site that preserves the Amache incarceration camp, interprets the history under which it operated, and honors the people who were once imprisoned there indefinitely based solely on their ethnicity. Read more in the Amache Historical Society Summer 2020 newsletter.

Preserve the History of Amache

NPCA was a strong supporter of the bipartisan Amache Study Act, which Senators Cory Gardner and Michael Bennet and Representative Ken Buck introduced in 2018 and which passed Congress in February 2019. This bill authorized the Park Service to conduct a detailed study on the national significance of Amache and whether it would be appropriate to include the site in the National Park System.

What happened to the people incarcerated at Amache is an American story that must not be forgotten. It’s a story of failure by the U.S. government to uphold the Constitution and protect its own citizens. And it’s a story that remains relevant to how America treats its immigrant communities, including the hostile policies and rhetoric of today. Amache deserves to be a national park site.