Air Pollution in Colorado: Our Lives and Parks at Risk

Colorado suffers from a serious and growing air quality problem, failing year after year to meet federal standards for air that’s healthy and safe to breathe. That needs to change.

Air pollution harms human health and wildlife and damages national parks. It makes the skies hazy, limiting mountain views and dark night skies and threatening the tourist economy. While most air pollution doesn’t originate in national parks, it can travel hundreds of miles from its source, affecting even remote parks and communities.

Places like Rocky Mountain National Park continue to experience ongoing ozone pollution at the ground level due in part to the oil and gas operations and vehicle emissions harming the Front Range and more distant mountain regions.

Coloradans and Colorado parks are suffering the consequences, and this is unacceptable. 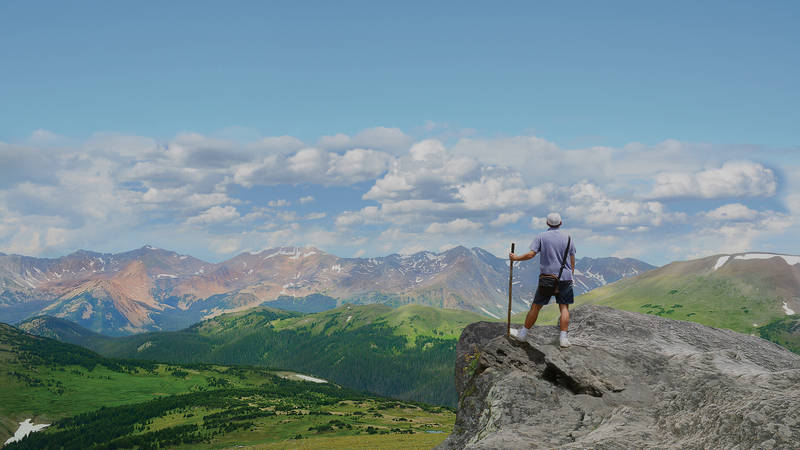 Each summer, kids in Colorado suffer an estimated 32,000 asthma attacks linked to the oil and gas industry’s smog pollution, and the American Lung Association ranks Denver 12th on its list of U.S. cities most polluted by ozone.

Meanwhile, the National Climate Data Center revealed that 2018 was the third-warmest summer on record in Colorado. Some places in western and southwestern Colorado had their warmest summers on record.

NPCA’s Polluted Parks Report shows that 96% of our national parks are plagued with significant air pollution problems and that parks all over Colorado struggle with the effects of climate change, unhealthy air and harm to nature.

Colorado has an opportunity to lead on new policies and regulations to reduce the air pollution that harms national parks. NPCA is committed to taking a lead role on the state’s comprehensive regional haze planning, advocating for cleanup of oil and gas pollution, and ensuring our members and supporters have a voice in the stakeholder process.