Developers have proposed building the Soda Mountain Solar Project, an industrial-scale renewable energy facility, less than one mile from the boundary of Mojave National Preserve. It would be the closest renewable energy project to a national park site in the entire southwestern United States, in the middle of a critical pathway for desert bighorn sheep.

Mojave National Preserve and other California desert national parks are home to iconic Joshua tree forests and desert bighorn sheep. Unfortunately, they are still suffering from the effects of a “renewable energy gold rush” in which multiple industrial-scale solar proposals have impinged on our precious protected lands and waters. 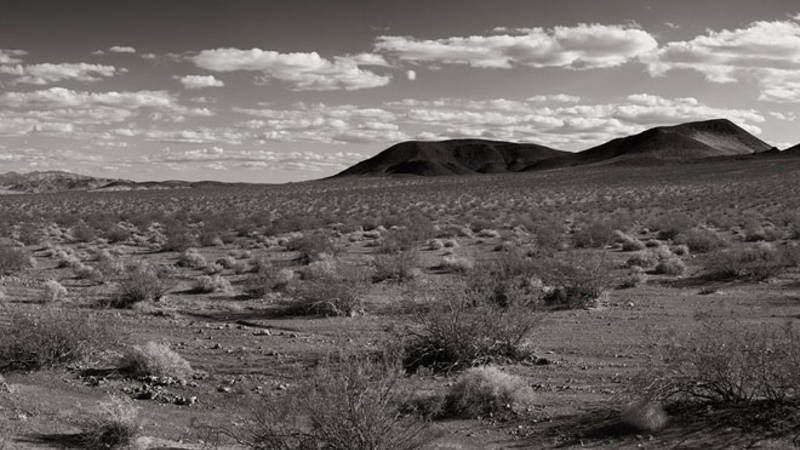 Say No to Soda Mountain Solar

Why say no to Soda Mountain Solar? NPCA has 6 reasons highlighting what’s at stake near Mojave National Preserve.

Mojave National Preserve is home to the world’s largest Joshua tree forest, giant singing sand dunes, extinct volcanoes and lava flows, and beautiful mountain ranges with white fir and pinyon pine. If built, the facility would irreversibly harm a population of bighorn sheep that Americans have spent generations working to recover. It would also impact other important species like the desert tortoise, kit fox and burrowing owl.

In April 2016, the Obama administration approved the permit for this damaging, 2,000-acre facility. Fortunately, in August 2016, the San Bernardino County Board of Supervisors rejected the proposal, halting the project. However, NPCA remains vigilant, knowing the issue could resurface.

Our renewable energy future does not need to come at the cost of our national parks and incredible wildlife species. Although the Department of Interior has gone on record in favor of this irresponsible industrial solar project that would threaten this protected region, NPCA will continue to monitor the project and fight to protect Mojave National Preserve.

Solar energy is one of our country’s most promising industries for reducing America’s current reliance on coal-fired power plants that contribute to unhealthy air quality in communities across the country,…

The proposed project would occupy just under 2,000 acres directly adjacent to Mojave National Preserve. It would include a substation, access road, realignment of an existing route (Rasor Road), operations and maintenance buildings, and lay-down areas.

There is both an economic and environmental imperative to protect Mojave National Preserve. Its 1.6 million acres contain spectacular examples of three out of four North American desert ecosystems: Sonoran, Mojave and Great Basin. It has elevations ranging from 800 to almost 8,000 feet above sea level; 600-foot-high singing sand dunes; the largest and densest Joshua tree forest in the entire world; relict white fir and chaparral vegetation that line high mountain peaks; and over 240 naturally occurring seeps and springs that provide sustenance for a wide variety of desert wildlife species. The preserve is a recreational haven for hikers, backpackers, bicyclists, stargazers, equestrians, botanists, history buffs and wildlife enthusiasts. As of 2010, Mojave National Preserve had over 600,000 recreational visits, and those visitors spent over $13 million in gateway communities and supported over 200 full- and part-time jobs.

There are significant threats from the project including the following: