NPCA and Bear’s Smokehouse BBQ are teaming up to advocate for the protection of bear populations in their home state of North Carolina and across the country.

From the Blue Ridge Mountains to the shores of Lake Clark in Alaska, Bear’s Smokehouse BBQ supports NPCA’s conservation efforts to ensure bears are protected where their habitats are threatened and, in places where their numbers have declined, restore their populations. Through collaboration with local, state, Tribal and federal agencies, NPCA advocates for safe passage programs and against development that threatens prime bear habitats.

Thanks to Bear’s Smokehouse BBQ’s donation, NPCA’s Southeast Regional Office has secured funding for the purchase of cameras and wildlife renderings. Cameras placed along I-40 in North Carolina and Tennessee allow NPCA to observe the behavior of animals close to the highway, providing insight into bear movement near Asheville. The donation also funds the development of wildlife overpass renderings – these renderings depict structures that allow bears to pass over highways to avoid collisions with traffic. These renderings help decision makers better understand the function of wildlife crossings and the significant role they play in protecting wildlife.

“NPCA’s collaborative work to improve black bears’ ability to safely cross interstate highways in the Southern Appalachian Mountains would not be impossible without wildlife cameras. We are grateful for Bear’s Smokehouse BBQ’s generous donation as it allows us to purchase state-of-the-art cameras that push data to us as it is gathered, freeing up staff time and allowing us to monitor our cameras practically in real-time,” says Jeff Hunter, NPCA Southeast Regional Senior Program Manager.

Example of a wildlife overpass east of Snoqualmie Pass in Washington.

WHY is this cause important?

Every 26 seconds or less

a driver hits an animal in the United States, making highways one of the greatest barriers to wildlife movement and, in turn, a threat to animal populations like black bear.

Wildlife mortality rates are rapidly rising – highways are one of the greatest barriers to wildlife movement. Collisions between wildlife and drivers occur every 26 seconds or less in the US and cause millions of large animal deaths as well as over 200 human fatalities yearly. Bear’s Smokehouse BBQ’s donation supports efforts to reduce wildlife-vehicle collisions through the installation of wildlife crossings, resulting in safer conditions for humans and bears alike. Wildlife crossings are proven to help reduce motorist collisions involving wildlife by 97%! 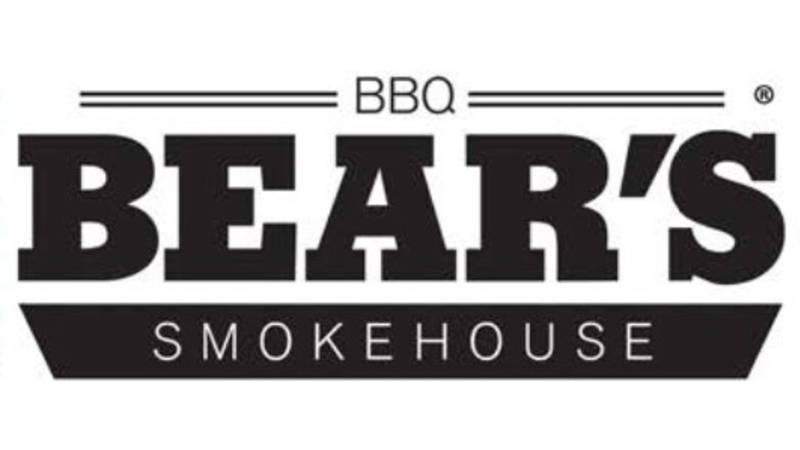 Bear’s Smokehouse BBQ has committed to educating the community about the importance of protecting bears in urban areas like Asheville and the public lands around it. They also support the work NPCA does to protect bears across the nation in places like Katmai National Park, Lake Clark National Park and North Cascades National Park. From February 10, 2022 to January 31, 2023, when customers purchase a “Bear Attack” menu item from any of their locations in Connecticut and North Carolina, Bear’s Smokehouse BBQ donates $.50 to NPCA. Bear’s Smokehouse LLC’s overall minimum guaranteed donation to NPCA is $25,000.

WHAT can you do to take action?

Help protect bears and other wildlife in our national parks by learning about issues that threaten their habitats and using your voice to advocate on their behalf. Making an impact only takes a few minutes – click on the links below to support measures that ensure bears and their habitats are protected.

Interested in learning more about NPCA’s work to protect bears across the country? Check out the articles below.

Blog Post Smokies Wildlife Will Soon Have Options for Safe Passage in the Pigeon River Gorge Nov 2021 | By Jeffrey Hunter We can keep ourselves and wildlife safe — if we’re willing to prioritize these types of solutions for our roadways.
Magazine Article Out of the Wild Fall 2021 | By Ken Ilgunas A life-changing summer among the bears of Lake Clark National Park and Preserve.
Blog Post Leave the Mainland Behind May 2017 | By Emily Jones Plan a remote beach vacation on Cumberland Island
Press Release Glacier and Yellowstone Grizzly Bear Connectivity, Conservation Supported by Montana Council Sep 2020 Recommendations include restoring connections between Yellowstone and Glacier national park grizzly bears and ensuring communities are better prepared to live with bears.