Today marks the second day of the government shutdown, and people around the country continue to voice their disappointment and disbelief that the broken budget process in Congress has meant bringing so many important services to a grinding halt—including access to America's national parks.

The outcry over closed parks and monuments has been an important story in the midst of the financial standoff, and one that touches on a bipartisan sense of outrage. For every day the parks are closed, thousands of employees go without pay, the Park Service forfeits hundreds of thousands of dollars in direct revenue from fees, and local economies lose out on millions of dollars in tourist-related business, all at a peak travel season in many areas.

Our new interactive map shows the impacts at a few notable parks. 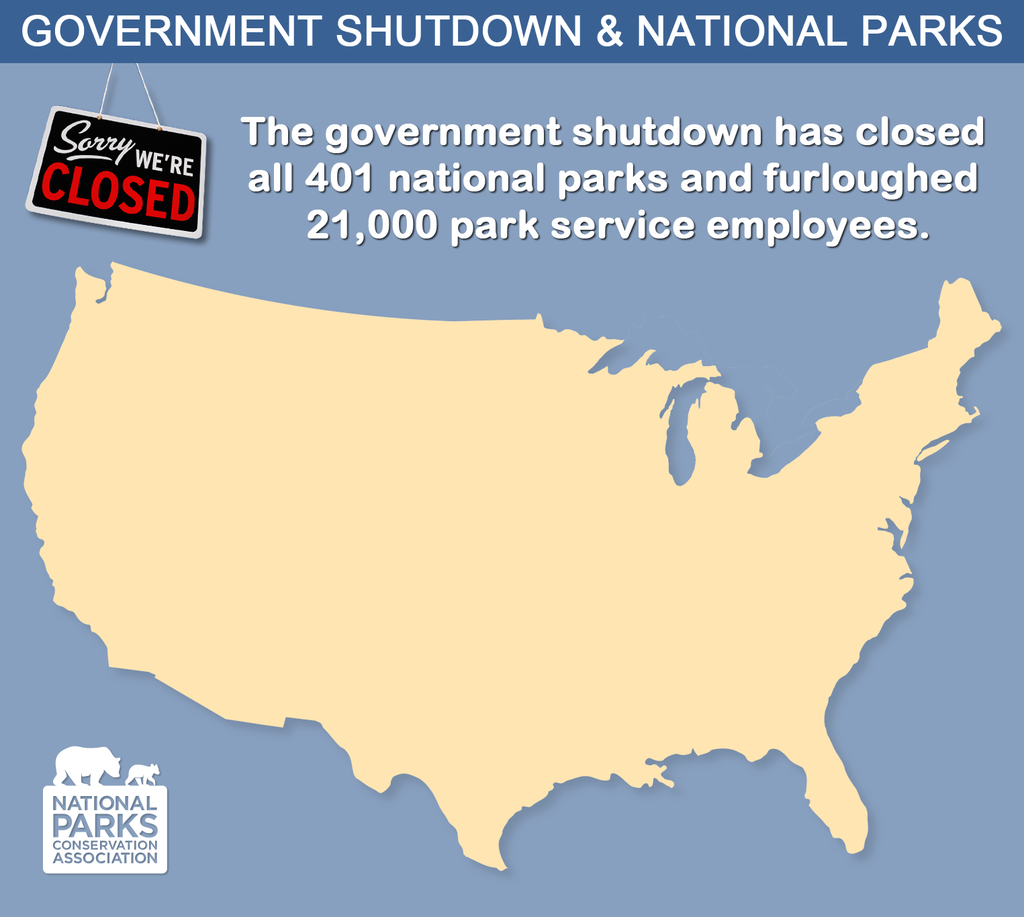 Meanwhile, park lovers around the country have been documenting closed roads, blocked entrance gates, and barricades keeping the public out of their public lands.

If you haven’t already, please let your members of Congress know you want them to end the shutdown and fully fund the Park Service by taking action on NPCA’s website.

How have you been affected by the government shutdown of national parks? Tell us at MyParkStory.org.