“A Gift of the Whole People”

NPCA recently forged a new partnership with the organization I helped found, ioby, as a way to provide a platform for local groups to crowdfund projects in our country’s beloved national parks. It sounds like a cutting-edge idea, and it is—though another cause beat us to the punch by more than a hundred years.

In the late 19th century, French writer and political figure Edouard de Laboulaye came up with the idea for France to give to the United States a symbol of liberty, 100 years after Bastille Day and the signing of the Declaration of Independence.

The Statue of Liberty was built in two parts. French cities, towns, and individuals contributed two million francs, securing all the necessary funding for the statue’s steel and copper by 1880. But, years later, the United States, still embroiled in a rivalry of which city—Philadelphia, Boston, or New York City—would be the statue’s home state, was unable to come up with the money to build the pedestal upon which Lady Liberty would stand.

Newspaper publisher Joseph Pulitzer had recently purchased the New York City daily, The World. He decided to take up the cause for New York City and inadvertently launched the first American crowdfunding campaign. On March 16, 1885, The World ran this plea:

We must raise the money! The World is the people’s paper, and now it appeals to the people to come forward and raise the money. The $250,000 that the making of the Statue cost was paid in by the masses of the French people—by the working men, the tradesmen, the shop girls, the artisans—by all, irrespective of class or condition. Let us respond in like manner. Let us not wait for the millionaires to give us this money. It is not a gift from the millionaires of France to the millionaires of America, but a gift of the whole people of France to the whole people of America.

By August 11, 1885, the campaign brought in 125,000 donations totaling $100,000, many people donating less than a dollar each to create the foundation for this great symbol of liberty, now managed by the National Park Service.

Today, NPCA and ioby join together to provide an environmental crowdfunding tool (ioby.org/NPCA) that will allow local leaders to continue this great legacy of using citizen philanthropy to support more of our urban national treasures. 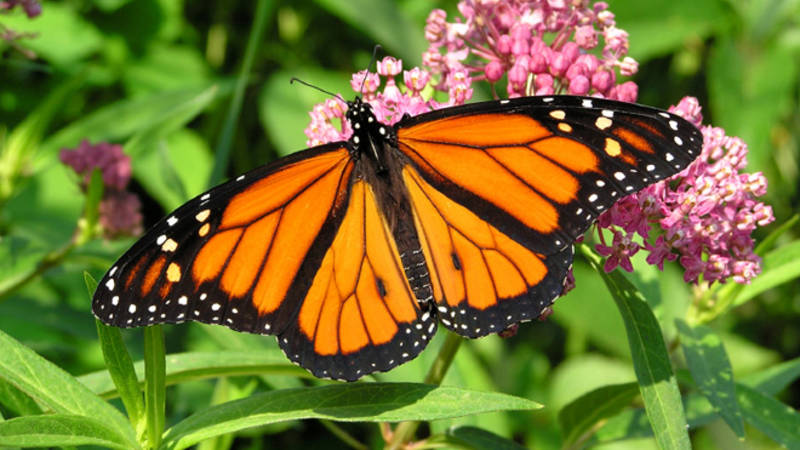 Get involved in park projects, micro-funded by people just like you, who are rallying their friends and neighbors to become stewards for our urban national parks. Find a project near…

ioby is a Brooklyn-based web crowd-resourcing platform. ioby’s name stands for “in our back yards”—the opposite of NIMBY. We’ve designed this platform for all people who say, “Yes, I want positive change in my community!” On ioby, anyone with a great idea to make her neighborhood stronger and more sustainable can raise tax-deductible donations, recruit local volunteers, and share ideas in a like-minded community.

ioby began as a pilot program in New York City and has a special interest in supporting projects in dense urban centers, which is why we are so excited to be working on this partnership with NPCA and their community partners, National Aquarium (Baltimore, Maryland), Tropical Audubon Society (Miami, Florida), and Roots and Wings (Los Angeles, California), who are dedicated to connecting city dwellers to the great outdoors.

We launch the pilot today with three great campaigns. In Baltimore, the National Aquarium and National Park Service will recruit volunteers to clear and maintain trails at the wetland adjacent to Fort McHenry National Monument and Historic Shrine. Tropical Audubon Society will lead kayaking trips in Biscayne Bay in Miami. In Los Angeles, the Roots and Wings Program will bring high school students on outdoor adventures into five different urban national parks.

These crowdfunding campaigns are not so different from the campaign to fund the Statue of Liberty. Sure, we have some advantages. Web tools make collecting donations easier and social channels like Facebook and Twitter help us amplify these stories and visions.

But the premise is not unlike what Mr. Pulitzer posed in 1885. Combined with thousands of other small donations, a single dollar gains power. With others, the voice of a lone micro-donor grows louder, and says, “Yes, I want healthy wetlands in Baltimore!” and, “Yes, I support kayaking trips in Biscayne Bay!” and “Yes, I want Los Angeles youth to visit more national parks!”

Learn more about easy ways you can contribute a dollar (or more) to support these urban national park projects and other important causes at ioby.org/NPCA.

UPDATE, March 14, 2012: Thanks to generous community support, one of the three NPCA-supported projects, the Roots and Wings Program, has met its fundraising goal, enabling organizers to bring Los Angeles high school students to national parks this spring. To volunteer for this project, or to support the other two active urban national park projects, visit the ioby website at ioby.org/NPCA.