The Trump administration and Congress are systematically dismantling environmental safeguards that reduce the harm from oil and gas production, threatening irreparable damage to America’s national parks.

Ever since Yellowstone was established as America’s first national park, it’s been clear that our natural wonders simply can’t protect themselves. Poaching was so bad in Yellowstone’s early days that the U.S. Army had to come in to stop it. Some early speculators treated the Grand Canyon as a giant open-pit mine. And the National Park Service was once heavily pressured to allow substantial logging in Olympic National Park. The National Parks Conservation Association was established just three years after the creation of the National Park Service to serve as an outside watchdog to protect parks from the seemingly endless schemes to exploit and despoil them.

Thankfully, the wildlife and other treasures inside our national parks are better protected now than they were 100 years ago. Today, however, parks face serious problems both inside and outside their borders, and no problem is of greater concern to me than the systematic dismantling of safeguards that protect our national parks from oil and gas development.

Since 2010 the U.S. has experienced an oil and gas boom, achieving near-record levels of production in 2015. This growth has outpaced our ability to prevent environmental damage, including to the national parks. As a result, significant damage has already occurred. Park landscapes have become industrialized, which has fragmented habitat, harmed air and water quality, and degraded the experience for park visitors.

Scientists, policy experts and community stakeholders have made progress over the past eight years to address these harms. Federal agencies collaborated better in advance to keep new drilling farther from parks, drafted stronger rules to protect air and water, and canceled oil leases that would have allowed developers to build drilling rigs right up against park borders.

Now that progress is threatened as the Trump administration and Congress work to reverse these policies in pursuit of their self-proclaimed goal of “energy dominance.” Americans may be divided on how to meet our energy needs, but we are united in not wanting our air, water, wildlife and national parks degraded in pursuit of more oil and gas.

The threats are coming fast and furious, both from the Trump administration and from Capitol Hill. They include moves to …

Executive orders from President Donald Trump and Interior Secretary Ryan Zinke have opened up dozens of regulations for review and possible rescission, including environmental, health, safety and planning rules that make oil and gas drilling much less damaging to our public lands and coastal waters. Not to be outdone, members of Congress are relentlessly advancing legislation seeking to dismantle common-sense policies that protect national parks from oil and gas drilling. 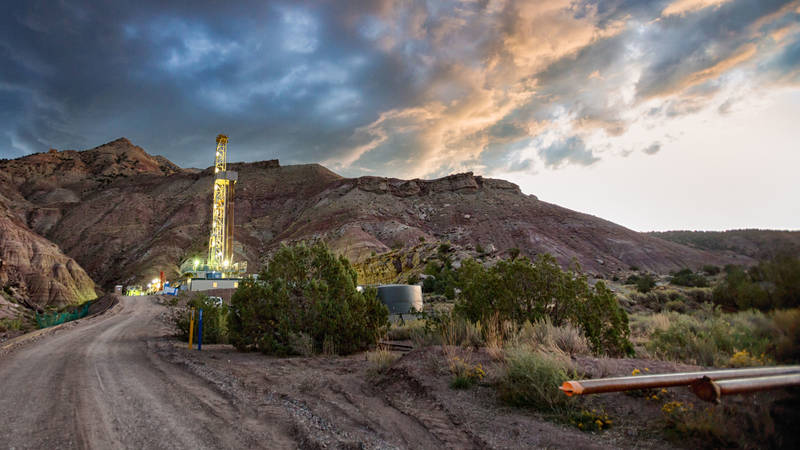 We can’t let Congress and the Trump administration prioritize oil and gas development over the health and safety of national parks and the people who love them.

Without the safeguards targeted by the administration, it is likely we will see more air pollution over park skies, a greater risk of pollution to park waters, and industrialization along park borders. Coastal national parks and their marine wildlife will be much more vulnerable to harm from industrial energy exploration, development and potential oil spills.

That is why we are launching the Spoiled Parks campaign, a coordinated effort by NPCA to mobilize partners and advocates like you to engage the administration and Congress, fight these efforts, and ensure parks are protected.

Battles to protect our parks are not easily won. It took the U.S. Army 30 years to put an end to rampant wildlife poaching in Yellowstone. But we can defeat rollbacks of environmental, health and safety standards, especially if decision-makers understand how national parks will be harmed. Without a forceful and sustained response to these threats, oil and gas development will continue to degrade our national parks and may even accelerate.

Oil and parks don’t mix, and we need your voice to make sure our country’s most iconic and inspirational places are safe. Please stand with NPCA and help ensure parks are not spoiled, but protected for all of us, and those who come after us, to explore and enjoy.