Stand Up to Polluters at Indiana Dunes

EPA must enforce the Clean Water Act to protect this national park site from toxic chemicals.

1,500
species of plants and animals live in Indiana Dunes’ marshes, forests and beaches

Indiana Dunes is one of the most biodiverse national park sites in the country with more than 1,500 species of plants and animals in its marshes, forests and beaches. But this rare ecological oasis is surrounded by industrial development that threatens the health of the lakeshore — as well as nearby communities.

The federal government established an industrial area, the Port of Indiana, on the shore of Lake Michigan at the same time it created the adjacent national park site in 1965, creating longstanding tensions between the port and the park. The region is dominated by steel mills, and companies in the area have a long history of polluting Lake Michigan and contaminating waters near the national lakeshore.

In April 2017, U.S. Steel’s Midwest plant spilled nearly 300 pounds of hexavalent chromium into a waterway adjacent to Indiana Dunes. The company released nearly 600 times the maximum daily limit of this highly toxic carcinogen into the region’s water as a result of the spill, and the National Park Service closed four public beaches at the park due to human health risks.
#{image.caption}

Industrial development and natural beauty, side by side

The spill is a clear violation of the Clean Water Act, and the Environmental Protection Agency must hold these polluters accountable to protect public health and keep the lakeshore, its visitors and local communities safe. This is not an isolated incident — in the least 5 years, U.S. Steel has reported dozens of violations, including discharges of oils and grease into Lake Michigan and waterways near the national lakeshore. Without enforcement, ongoing pollution could result in irreversible damage to Indiana Dunes and create unacceptable health risks to people in the region. 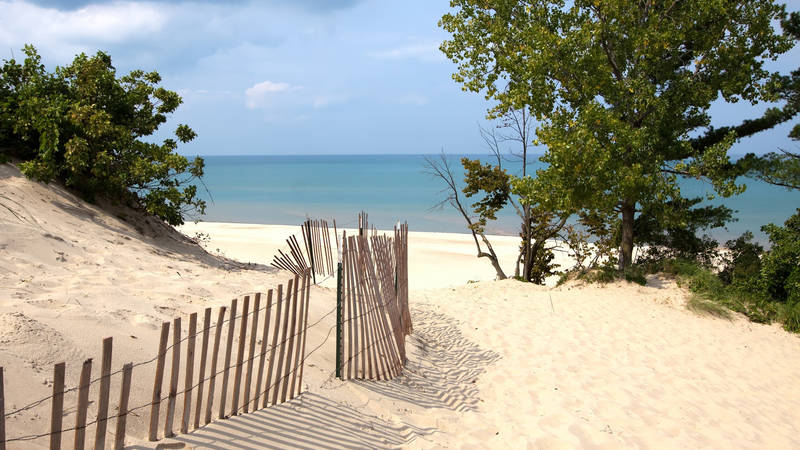 TheSurfrider Foundation and the Abrams Environmental Law Clinic filed suit seeking to stop U.S. Steel from illegally discharging pollutants into Lake Michigan and to change its practices to prevent future spills. Millions of people could be affected by the outcome of this case, including residents of northwest Indiana and Chicago and the lakeshore’s 2 million annual visitors. NPCA strongly encourages EPA to enforce the Clean Water Act and hold U.S. Steel accountable to protect the health of our national park and its waters, visitors and wildlife.

Indiana Dunes is the cornerstone of a regional tourism economy that supports more than 4,000 jobs and generates more than $350 million in consumer spending annually. We must protect this valuable and ecologically rich park from these repeated, preventable, illegal activities by polluters.